Tyra Banks is quitting FABLife, the daytime talk show on which she served as an executive producer and “lifestylist,” and which had a logo that said “Tyra presents.” She said it was “necessary” to make this “very difficult decision” because… END_OF_DOCUMENT_TOKEN_TO_BE_REPLACED 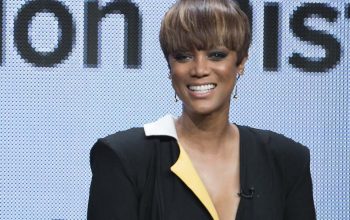 On the eve of the debut of America’s Next Top Model cycle 22, Tyra Banks has shattering news for those who still watch The CW competition: the end times are near. Yes, the parade of hotness and hot messes known… END_OF_DOCUMENT_TOKEN_TO_BE_REPLACED

America’s Next Top Model cycle 22 will happen this year, though The CW hasn’t yet officially announced its return. Despite announcing the return of eight of its scripted series today, the network said nothing of its marquee reality franchise, but the… END_OF_DOCUMENT_TOKEN_TO_BE_REPLACED