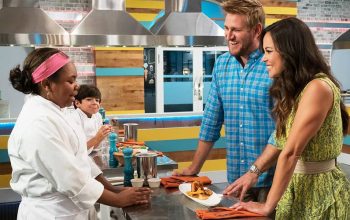 When Top Chef Junior was announced, its youngest contestant was about two years old. He is now 11, because nine years have passed since Bravo said, in 2008, that it would spin off a teen version of its culinary competition…. END_OF_DOCUMENT_TOKEN_TO_BE_REPLACED

The continued success of Top Chef has led Bravo to order two new cooking-themed shows, including a spin-off of Top Chef called Top Chef Junior. That show–shouldn’t it be Junior Top Chef or Top Junior Chef?–will be “an eight episode… END_OF_DOCUMENT_TOKEN_TO_BE_REPLACED