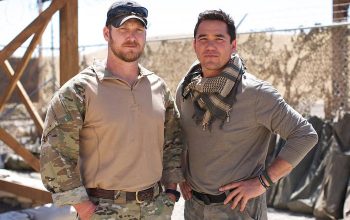 A cast member on NBC’s Stars Earn Stripes was shot to death at a gun range in Texas on Saturday. Chris Kyle was the author of American Sniper and a former Navy SEAL who was one of the eight operatives… END_OF_DOCUMENT_TOKEN_TO_BE_REPLACED