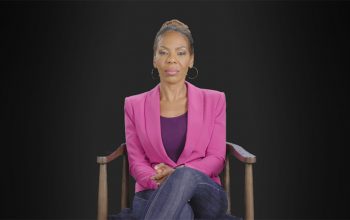 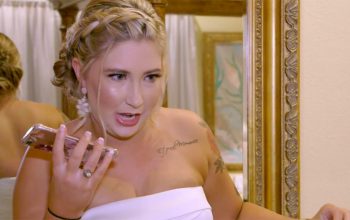 WE tv’s reality show about brides turning into monsters is back. But does it document or perpetuate that kind of awful behavior? 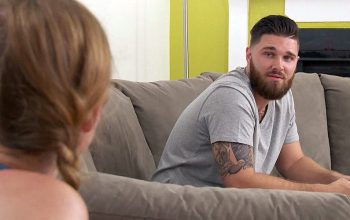 Love After Lockup’s ratings growth has earned it a second season, and possibly specials and a spin-off.

The trailer for WE tv’s forthcoming version of Sex Box calls the series “the boldest show on television,” but really it just looks like the most boring show on television, like a second-rate daytime talk show where the guests wear… END_OF_DOCUMENT_TOKEN_TO_BE_REPLACED

Sex Box, a UK series on which couples have sex in a private, on-stage box and then talk about it with experts, is coming to the United States. WE tv has ordered the show, which will be produced by Relativity Television, the… END_OF_DOCUMENT_TOKEN_TO_BE_REPLACED

Joan & Melissa: Joan Knows Best, the badly staged and poorly acted “reality” series on WE tv, ends its first season tonight having just been renewed for a second season. Its hour-long episodes are unwatchable, which is striking because a… END_OF_DOCUMENT_TOKEN_TO_BE_REPLACED

The father in Raising Sextuplets, WE TV’s knock-off of Jon & Kate Plus 8, has been arrested for threatening his family and resisting arrest. Bryan Masche was arrested Sept. 11 in Arizona and was released on bond. The Daily Courier… END_OF_DOCUMENT_TOKEN_TO_BE_REPLACED

A rental van being used by the crew of WEtv’s The Locator was stolen by a man with a warrant fleeing from authorities. That happened last Tuesday as the crew was loading it with gear; the van was eventually recovered…. END_OF_DOCUMENT_TOKEN_TO_BE_REPLACED

The highest-rated show on WE is The Locator, which is currently airing new episodes air Saturdays on WE and has been renewed for a fourth season, which is now in production. The half-hour show follows Troy Dunn searching for and… END_OF_DOCUMENT_TOKEN_TO_BE_REPLACED

WEtv is currently airing I Want to Save Your Life, a weight-loss series that does not involve competition or humiliation. Instead, it’s one guy helping one person, as Charles Stuart Platkin uses his knowledge–part of which he gained while losing… END_OF_DOCUMENT_TOKEN_TO_BE_REPLACED

A diverse group of of new reality shows debuts this weekend, with subjects ranging from rehabilitated dogs to men who work in sewers. Tonight with the 9 p.m. ET return of National Geographic Channel’s DogTown, the series that follows the… END_OF_DOCUMENT_TOKEN_TO_BE_REPLACED

The WE’s High School Confidential, which debuts tonight at 9 p.m. ET. and airs for six weeks, could be considered a reality series, but it’s more like a six-part documentary considering that it was filmed over four years at Northwest… END_OF_DOCUMENT_TOKEN_TO_BE_REPLACED