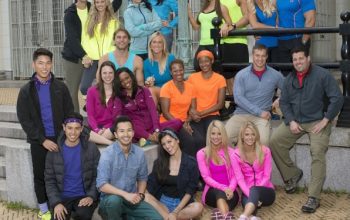 CBS today re-announced The Amazing Race‘s 11 teams and a new twist for the 25th season, having already revealed the cast earlier this summer when the race started publicly in Times Square. The cast includes Survivor contestants Whitney Duncan and… END_OF_DOCUMENT_TOKEN_TO_BE_REPLACED

The Amazing Race has added a twist that gives a team immunity from elimination. That’s according to those who witnessed the start early this morning in Times Square. (That highly visible start may explain why CBS released the entire cast… END_OF_DOCUMENT_TOKEN_TO_BE_REPLACED

Two former Survivor cast members are among the teams on the 25th season of The Amazing Race, which began this morning in New York City’s Times Square. CBS has taken the atypical approach of announcing the cast and start of… END_OF_DOCUMENT_TOKEN_TO_BE_REPLACED