Skip to Content
Images from some of the best reality TV shows of 2022 include Tournament of Champions, Drink Masters, Legendary, Claim to Fame, The Amazing Race, and Lizzo's Watch Out for the Big Grrrls

This year began with one of the worst shows I’d seen in a long time, and ended with a wonderful special episode that gave me hope for a show that’ll be coming our way in the new year.

In between were a reboot of one of the all-time-great reality TV shows, seasons of Survivor that were both joyful and frustrating, and so many new and returning shows.

I’m now very comfortable with the fact that I cannot watch every show or new season; just look at how much premiered this year! Also, I watch a lot that I don’t write about, and sometimes I watch something only to write about it.

Still, as the year comes to a close, I find myself with some regret about not watching and/or writing about a handful of shows, including:

Some days, maybe my anxiety was spiking, so I’d rather put on The Golden Girls than dive into a new show, or other days I’d just watch Hotel Inspector while feeling guilty about all of the new TV I was not watching instead.

But one thing I’ve noticed the most since COVID times began is that I really need TV to match my mood—or at least, I know when I need something light and fun, or when I’m ready to watch something new or challenging or different. Many shows fit into that latter category this year, and others I hope to watch soon!

One final disclaimer/explanation: I judge reality TV on its entertainment value, sure, but also on its technical quality, its casting, its producing, and the messages it sends into the world. My best-of list includes shows that hit all of those marks, and really were the best of their subgenres, and the genre as a whole. And some of these were just the shows that stuck with me after they ended their seasons.

So, here’s what I loved watching in 2022. And I’d love to know what you loved, so join the discussion below!

My favorite scripted TV of 2022

I watch a lot of reality TV, which is my soulmate—but I also just love TV in general, so I watch scripted TV, too. Here are the shows that really stood out to me this year:

Before we get to the big list, here are seven unscripted shows that I loved watching in 2022, but that didn’t quite make my best-of list: 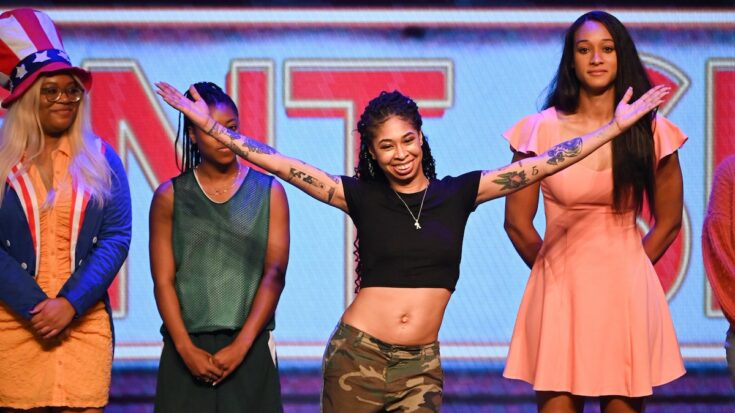 Claim To Fame may seem like it was made for about 35 cents, but became a surprisingly strategic game between its well-cast players, all of whom are related to celebrities.

It's hard to launch brand-new competitions, but Claim to Fame worked, and was my favorite new format of 2022. 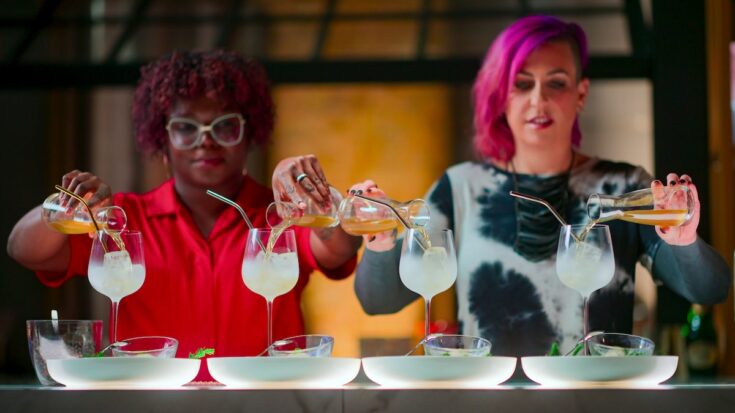 TV has a lot of food competitions. Netflix does too. But Netflix's cocktail competition Drink Masters is one of the best I've ever seen, between the talent, the presentation, and the absolutely stunning set design with its gorgeous lighting that makes other shows look like garish abominations by comparison.

It's as smooth as a well-made drink, and as enjoyable, too. 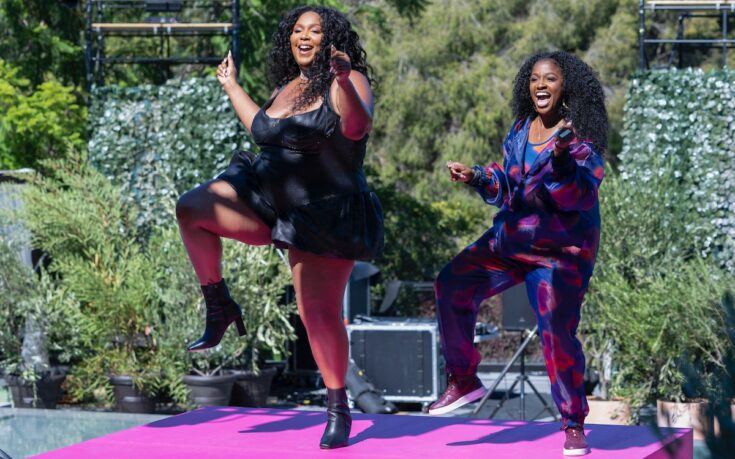 Lizzo's Watch Out For The Big Grrrls (Amazon)

Lizzo won an Emmy for her dance/talent search Watch Out For The Big Grrrls, and it was well-deserved, as the Amazon Prime Video show managed to be a throwback to the best of shows like Top Model while bringing the format into the 2020s. 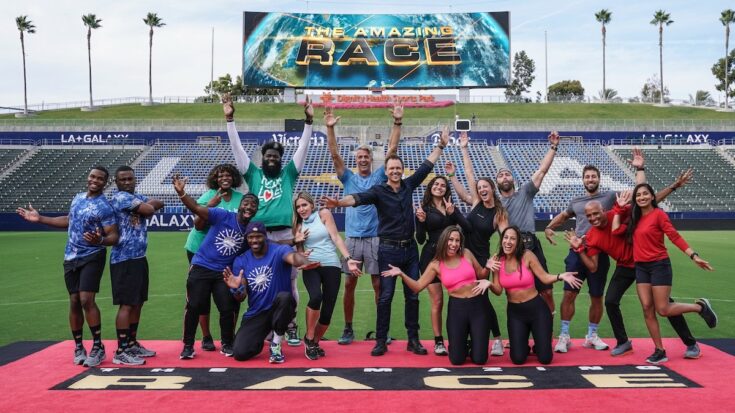 The Amazing Race is back: restarting during the pandemic was a massive hurdle, but the show sailed over it effortlessly (at least from a viewer's perspective!) and into a new era that has returned to what makes the show great.

Is it the same as it was in its early years? Alas, no—but it's still terrific television. 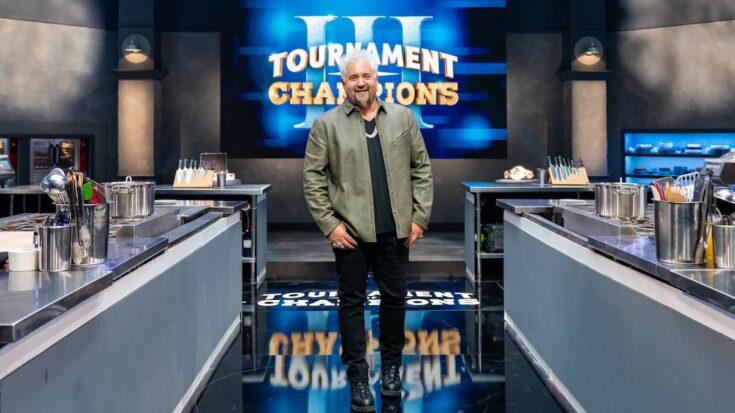 Food Network's annual Tournament of Champions has become a must-watch for me: a collection of the network's best chefs, judges, and competitors cooking agaisnt each other in a bracketed competition.

The format is so successful it's given way to other shows, like the terrific Alex vs. America and a bunch of other shows. But there's only one TOC. 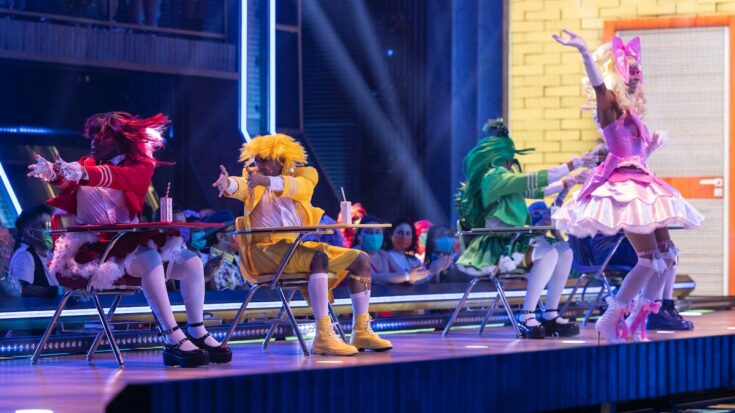 It took three seasons, but Legendary finally found its groove in season three, with the right balance of attention on the judges and absolutely incredible performances and truly diverse cast of performers.

Also: Fuck Warner Bros. Discovery for cancelling this show to save itself money. 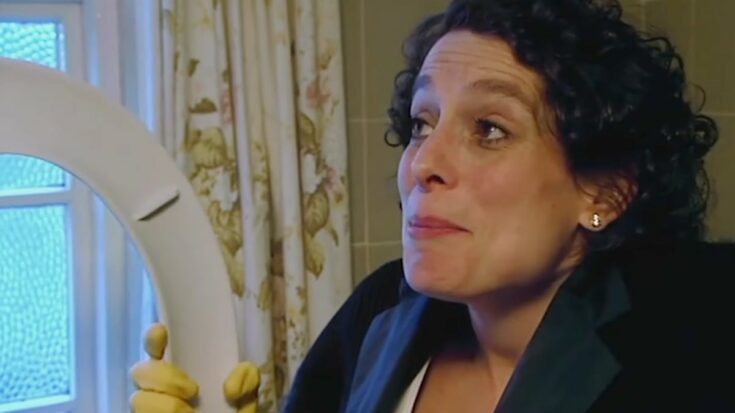 Hotel Inspector was certainly not new; the episodes I watched came from the 2000s and 2010s, But they're new to me and new to the U.S., streaming free on Samsung TV+, a streaming service you can watch even if you don't have a Samsung TV.

It's the best of its format: an expert helping struggling businesses, and for me eclipses even the original Ramsay's Kitchen NIghtmares, mostly because Alex Polizzi is simultaneously more formidable, more empathetic, and more helpful than Ramsay ever was. 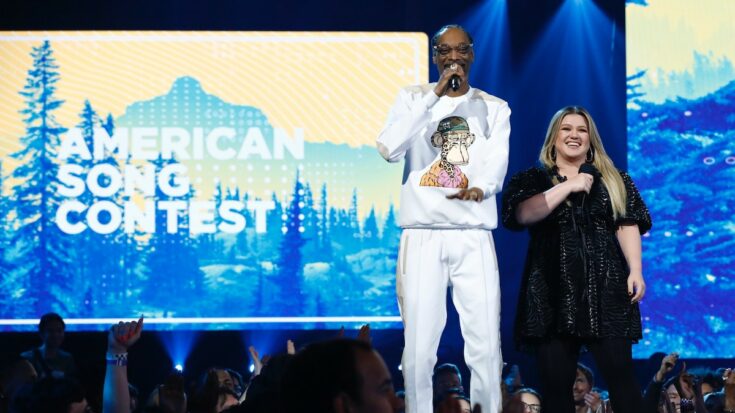 American Song Contest may have flopped, but it was a well-made, wildly enjoyable singing competition that used Eurovision's format. Its hosts were perfectly calibrated, and the singers performed a lot of great music that I still listen to now.

Have you watched The Big Brunch? I thought it was great - tons of heart but not twee. And bonus... cocktails!

@Andy Dehnart, That's right - I guess my memory doesn't go back that far!

I really enjoyed it, too—and reviewed it here!.

I understand why you haven't gotten to We Need to Talk About Cosby; it was deeply disturbing, at least to me.

So glad to hear you enjoy What We Do in the Shadows! I LOVE that show and it's my go-to for putting me in a good mood.

I'm sure you have tons on your watch list, but I'd like to recommend Resident Alien on SyFy. It's really funny and Alan Tudyk is fantastic.