As readers of reality blurred have known since spring of 2021, The Mole is returning to the U.S., on Netflix.

On Aug. 17—at long fucking last!—Netflix made that official by sending a press release to a handful of media outlets. And a few weeks later, Netflix finally gave us an airdate. Here’s all of that information, as it unfolded.

The mid-August announcement added two pieces of information, and confirmed two others:

While the show is coming, thankfully, the long gap between filming and airing may point to other issues, such as difficulty putting the show together in post-production. Post began in August 2021, a very long time for a 10-episode reality TV show.

Or everything could have been flawless and without problems and Netflix just wanted to schedule it in late 2022.

Because this is Netflix, and they like to be secretive, they haven’t actually announced a premiere date or a roll-out schedule (All at once? Or weekly batches like The Circle and Love Is Blind?).

All we know right now is that it’s coming this fall.

Update, Aug. 24: The Mole is not on Netflix’s list of September 2022 premieres, so that likely means October or November.

Vulture‘s Joe Adalian reported that the schedule will be different than other multi-week drops:

Five episodes is a lot for one week, and the most ever for a Netflix reality TV show that has been spread over several weeks. The Circle, for example, dropped four episodes a week, and then the finale.

The Mole’s reboot will have a new host

Update, Sept. 8: I independently confirmed and reported yesterday that the new host of The Mole is Alex Wagner. Netflix officially announced her casting today, along with the schedule.

Earlier: In August, Netflix also didn’t announce a host, but since the show has been filmed, clearly that person’s identity is out there. (Know who it is?)

Netflix made the announcement about The Mole reboot not by sending a press release to all media, but sending an embargoed release to select outlets, which were able to publish at noon ET today.

It quoted, from the press release, Primatives’ Jan Huyse, who said, “The Mole is one of the best reality formats in the market, and is still going strong after 20+ years. We are very proud of its ongoing success, and are thrilled that it will be introduced to new audiences worldwide through Netflix.”

Primatives also sold the format in Italy, announcing last month that it will return there in early 2023. The good news is that its format is the original format:

For those who don’t know The Mole – and it’s possible that there are maybe one or two people out there, The Mole is a gripping reality programme, in which ten contestants set off en route to an unknown destination. Each episode sees a number of different challenges, and for the successful completion of each challenge, the prize money at the end of the series – for the one winner only, increases. But one of the contestants is  the “Mole”, who is out to sabotage everything, and thus it is vital to find out his or her identity. And the more a contestants know about the Mole, the greater their chances of reaching the final.  At the end of each episode, contestants are given a list of questions, which will reveal how much they know and have learned about their fellow contestants.  And the one with the lowest score each week must leave the game.

The key to success is to trust no one. Because after all, anyone can be The Mole….!

Hopefully, Netflix’s version—which was filmed entirely in Australia, but with American contestants—will stick close to that format.

Joe Adalian gave both reality blurred and Buzzerblog credit in his story for Vulture, and he also confirmed that Anderson Cooper “will not be reprising the role” of host.

That’s not surprising, considering that he hasn’t participated since 2002—two decades now—and considering what Anderson told me in 2015.

I was somewhat frustrated when the news broke—not just because I and so many other journalists and outlets were not sent the announcement (I’m used to that, but I want more people to know about The Mole)—but because of some weaker coverage.

Variety‘s version, for example, was written as if it was reporting (“Variety has learned”) rather than just using a press release. It says that Netflix has “ordered” the show, when of course we know that the actual order happened at least a year and a half ago.

It also says “There has been widespread speculation that Netflix was plotting a new version of The Mole after the streaming giant added the first two seasons of the series to its library in the summer of 2021.”

But there was no need for speculation, if there even was any: After a show called “The Insider” started casting, Buzzerblog tweeted in early May that it was “The Mole,” and I confirmed that in June 2021.

But that first season is still on DVD, and if you have not seen it, I encourage you to track it down—or at least read my recaps below, because it really set a high bar not just for future versions of The Mole, but also for competition reality TV. 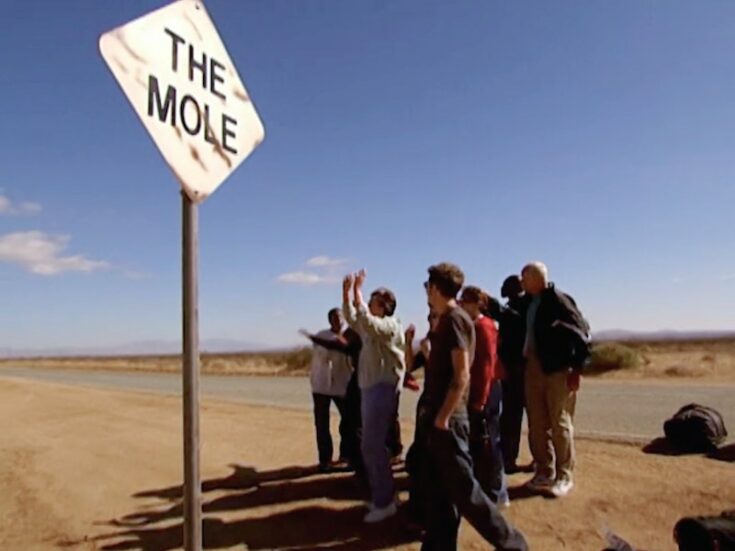 A recap of The Mole season 1, episode 1, “Part the First,” now streaming on Netflix, which premiered 20 years ago in the wake of Survivor Borneo, but before Survivor The Australian Outback. It's remarkably fully formed for a show that arrived so early in reality TV history. 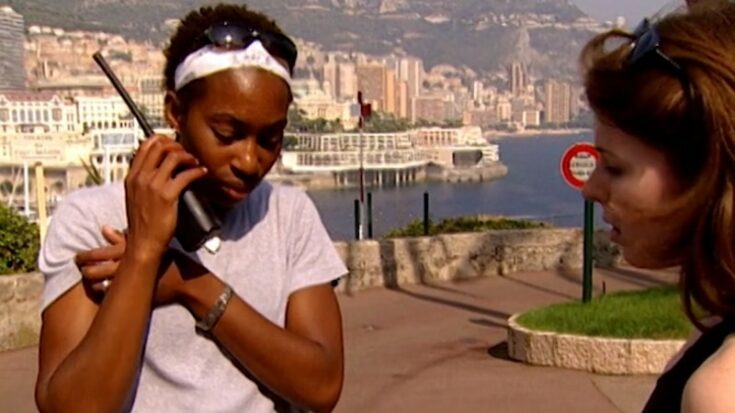 In The Mole season 1, episode 2, Steven is kidnapped by the producers and imprisoned where the Man in the Iron Mask was held, and the players have to find him. Later, they examine a Cartier watch while Anderson Cooper throws shade, and then play a game in a cornfield. 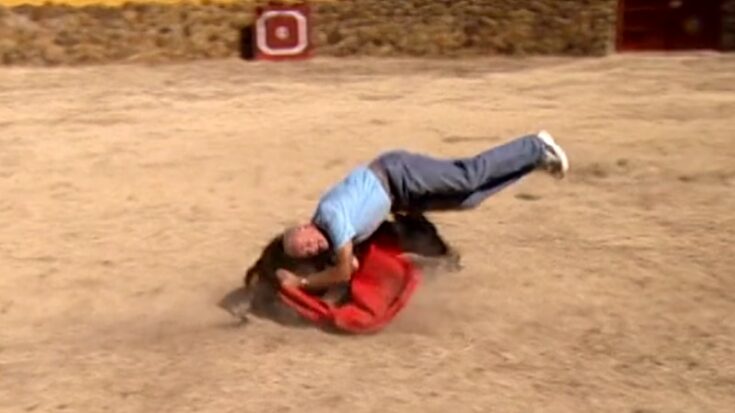 On The Mole season 1, episode 3, players traveled to Spain, where both a bull and a dice-rolling challenge knocked them off their feet, while Anderson Cooper asks three players to do everyone’s laundry for $10,000. Plus: thoughts on the executions. 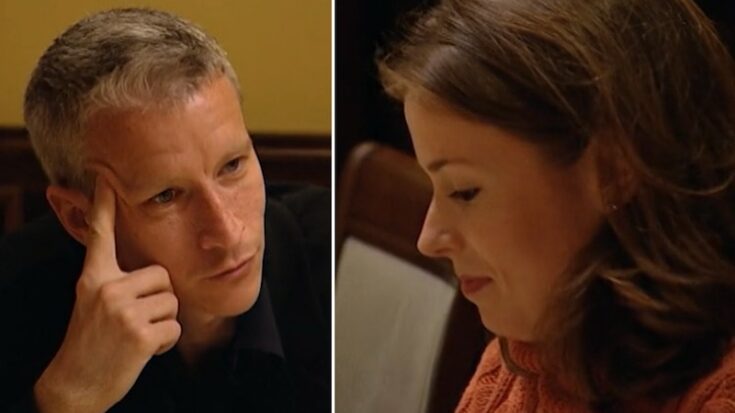 In both of the tests on The Mole season 1, episode 4, there are twists, both of which have the potential to drain money from the group’s winnings: Kate is given yet another exemption offer, while Jim tries to stop players from winning money. 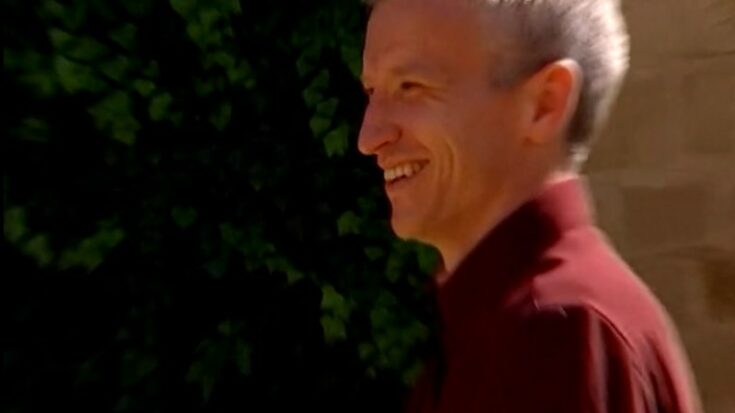 The Mole had reality TV's first family visit, and did it right. Survivor, take notes!

Reality TV's first visit from loved ones came in The Mole season 1, episode 5, which tests the players in two ways: challenging them to find their hotel rooms for the night, and to see if they can identify how their loved ones described them. 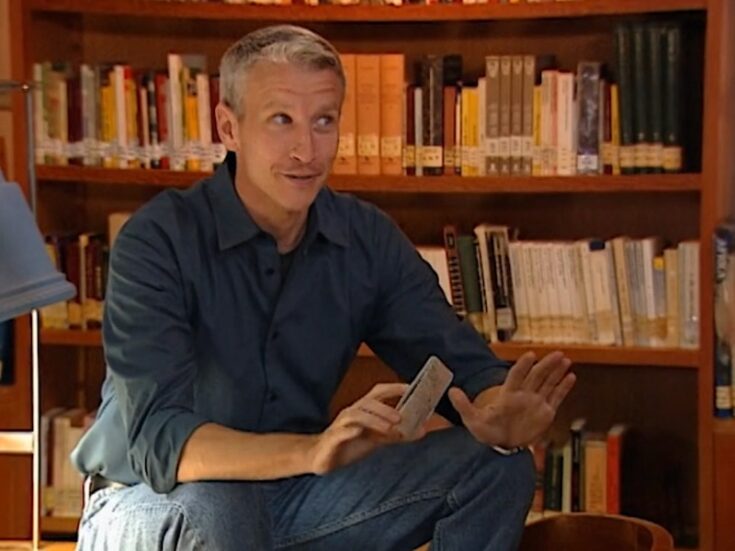 The Mole's players guard a fortress and find books in a library, and both make thrilling TV

The Mole's players try to guard a fortress in a thrilling test, and then head to a public library to be tested on their knowledge of literature. The Mole season 1, episode 6 contains multitudes! 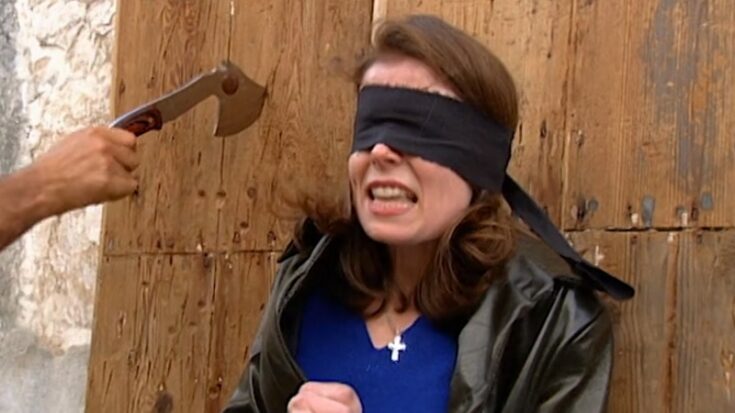 The Mole tests the final four players' trust of one another, and Kathryn faints

On The Mole season 1, episode 7, the final four players—Charlie, Jim, Kathryn and Steven—herd sheep, create art, and consider how much they trust each other. 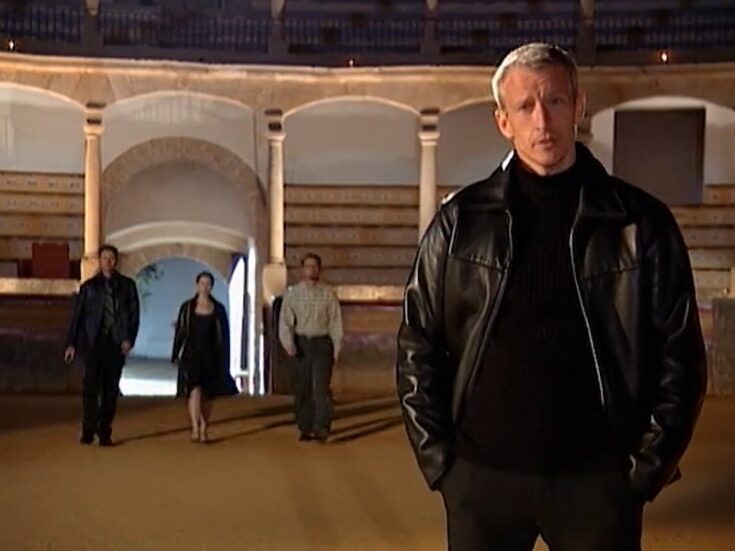 The Mole season 1, episode 8 is the penultimate episode, but the last with tests and a quiz, and the tests push the players emotionally and intellectually. 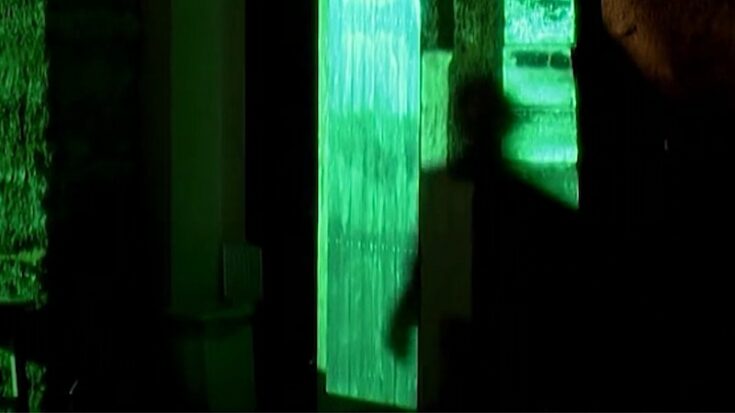 The Mole season 1 reveals the mole, the winner, and the dumbest clues ever

Who is The Mole? Is it Jim, Kathryn, or Steven? The Mole’s final episode is a tiny bit of episode that reveals that information, and a lot of reunion and recap, which offers a lot of fascinating information and context about the mole's game, plus some alleged clues.

I am absolutely GUTTED that I missed out on casting. I came across the aforementioned Variety article a week after it was uploaded. Once I read 10 episodes had been "ordered", I quickly contacted Eureka studios to ascertain casting information but was told I was too late. I couldn't fathom how/why casting would have been completed prior to the press release being published. Thanks to Andy, it all makes sense now. I was a year too late! lol I really hope they create a Canadian version for the Canuck fans.

I wonder if this will cause "Tiny Bubbles" to shoot to the top of the Billboard charts, just like Stranger Things did for "Running Up That Hill". :)

I'm definitely looking forward to this, although I will miss Anderson Cooper (even Ahmad Rashad was fun). I do hope the clues are a little less abstract and they don't just default to having the most attractive woman be the mole, which was the case in 3 of the 4 seasons, if I recall correctly.