Skip to Content
Some of my favorite writing and reporting this year was about The Amazing Race, The Mole, Big Brother, The Masked Singer, Top Chef, and other reality TV shows.(Photo composite of press photos; background 2021 photo by Valentin Balan/Unsplash)

This year, which began with me unveiling a brand-new reality blurred site design, and went from an insurrection to vaccinations, ended up somehow going by fast yet still taking forever to do so.

During that time, I’ve published 303 stories, including this one, all of which I wrote except for three. Some of those were relatively quick updates, while my Amazing Race story was more than 17,000 words long (!).

As the year winds down, I took a stroll through the archives, and picked out 21 stories that stood out to me from 2021, from Survivor and Big Brother to Top Chef and The Real World Homecoming.

Most of these pieces are not single-show reviews—after all, I highlighted my favorite 2021 reality TV shows earlier this month—but reporting, interviews, and/or analysis.

What they have in common, I’d say, is that I learned something from reporting and writing them. I created reality blurred 21 years ago to collect links to fascinating stories, and in some ways, these pieces, many of which are in-depth investigations, are an extension of that.

Some of them celebrate reality TV, others critique it, but all are grounded in my belief that this genre can be great art and also help bring us closer together.

I hope they added to your enjoyment of reality TV, too, and I hope you enjoy either revisiting them or reading them for the first time.

Thanks for reading my stuff this year; for sending me tips, recommendations, and corrections; and for commenting and discussing reality TV with me.

Here’s to a great 2022 with lots of happiness, prosperity, and terrific reality shows and documentary TV for us all. Happy new year! 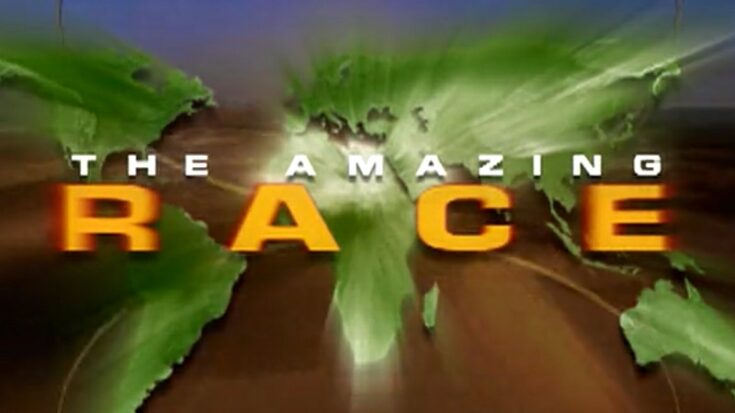 Amazing Race behind the scenes: an oral history of CBS's first race around the world

By far my favorite story of the year was this deep, deep dive into The Amazing Race season 1, for which I talked to producers and cast members, and learned just how the first season came together.

As a fan of reality TV, this is the kind of stuff I love to learn, so I loved learning it and sharing it with you! 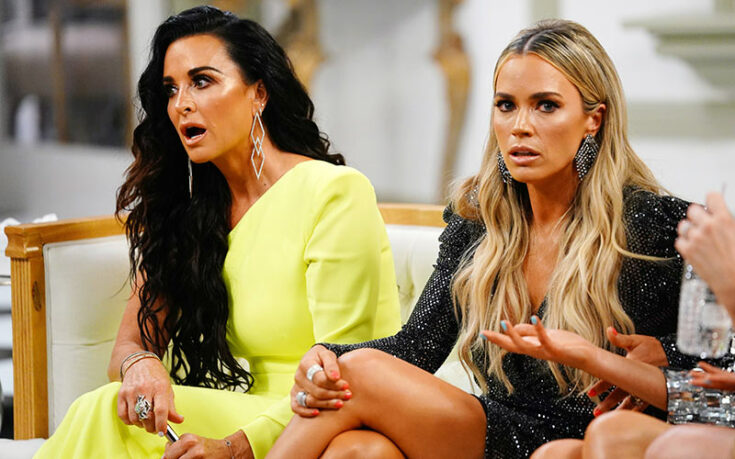 How produced are Real Housewives shows?

I was honored to publish this excerpt from Brian Moylan's book, which is The Real Housewives book not published by Andy Cohen.

In this chapter, Brian really digs into how the shows are produced, and what's real and what isn't. A fascinating read for any Housewives fan. 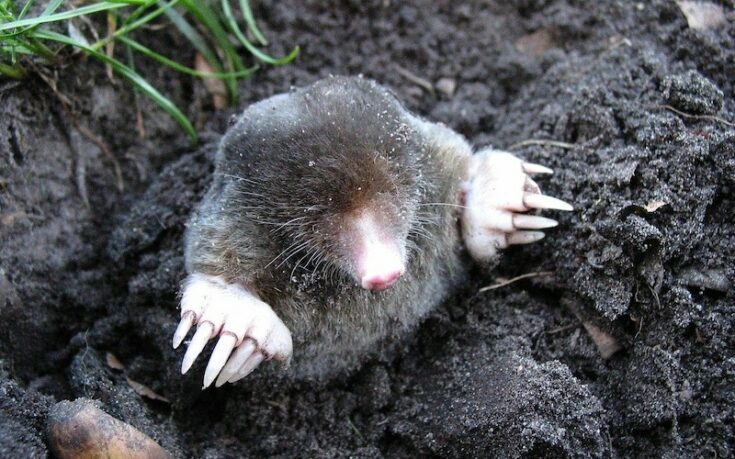 Netflix is rebooting The Mole

Both season of the original Mole are now on Netflix, so you can watch or re-watch—and then read along with me, as I re-watched The Mole season 1 and The Mole season 2 this year. They both hold up very well.

But the most-exciting news of the year for me was when I confirmed that Netflix secretly filmed a revival of The Mole in Australia this past summer. It'll probably be on Netflix in 2022, but it's definitely happening! 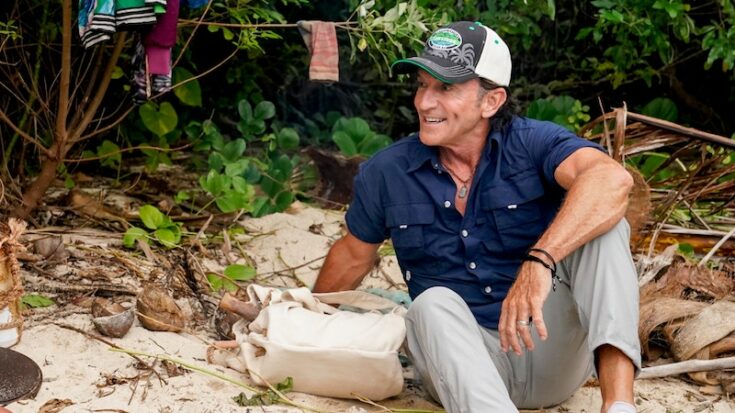 Why is Survivor 41 such a fiasco? 5 reasons

Survivor 41 had an excellent cast and a few great episodes, but botched its "brand new game" reinvention in at least five ways I could come up with at mid-season.

How responsible is Survivor for its fans' racism?

Maybe I didn't need to write this. But wow, did it sure provoke a lot of racist responses (none of which you'll see in the comments, because I didn't approve any of those). 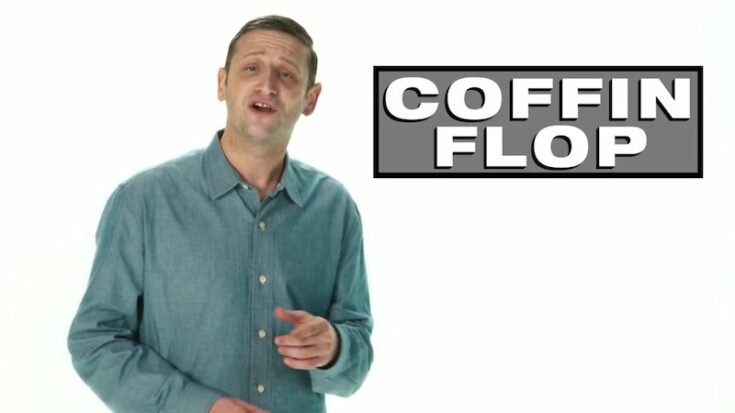 This sketch, from I Think You Should Leave with Tim Robinson, just made me laugh so much. 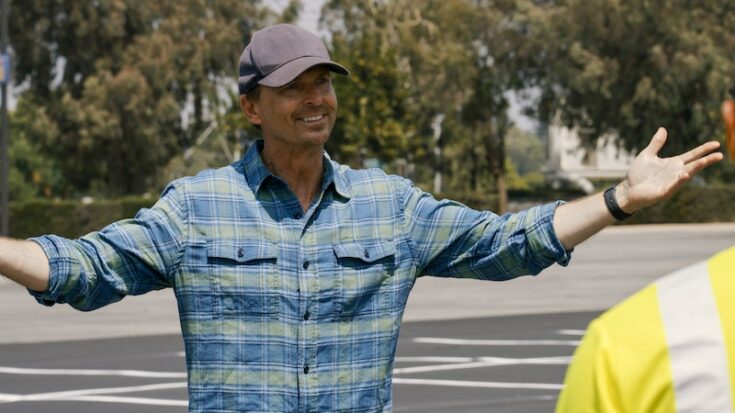 I filed a FOIA request to see what prompted Americans to complain to the FCC about CBS's 21-year-old summer reality TV competition. 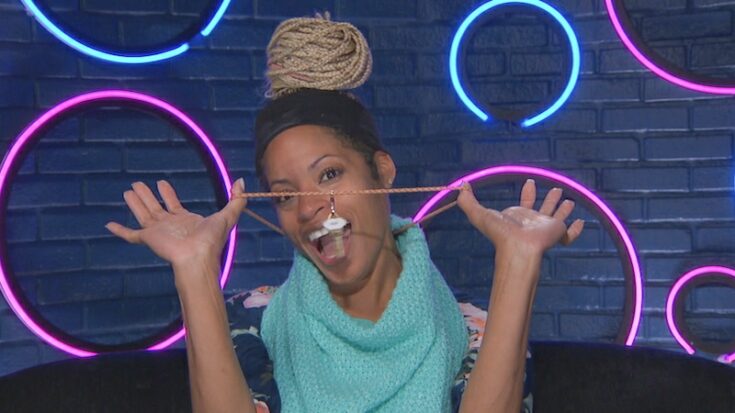 On BB23, The Cookout did what no other alliance in Big Brother history ever did. And some white fans decided those Black players' success was some kind of personal attack.

In related news: Julie Chen Moonves claimed that Big Brother 'never shied away' from racism, which is total bullshit. 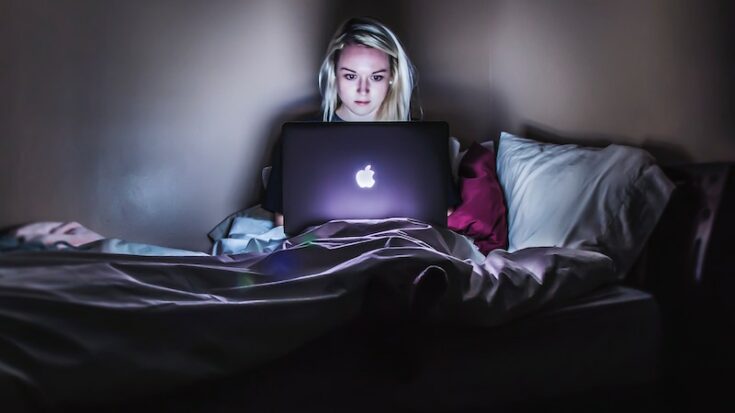 A potential strike of the people who make reality TV shows—not the top-level producers, but the many craftspeople behind the scenes—prompted me to highlight some of the stories they were sharing about their working conditions. Worth a read! 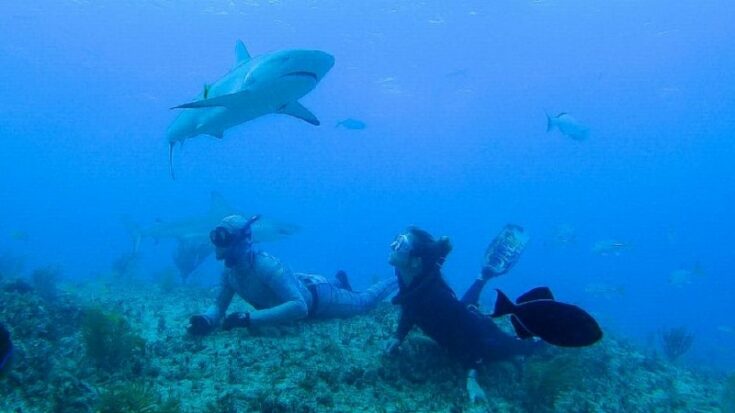 I love Shark Week, but Discovery Channel has really made some bad decisions over the years when it comes to its marquee stunt week. 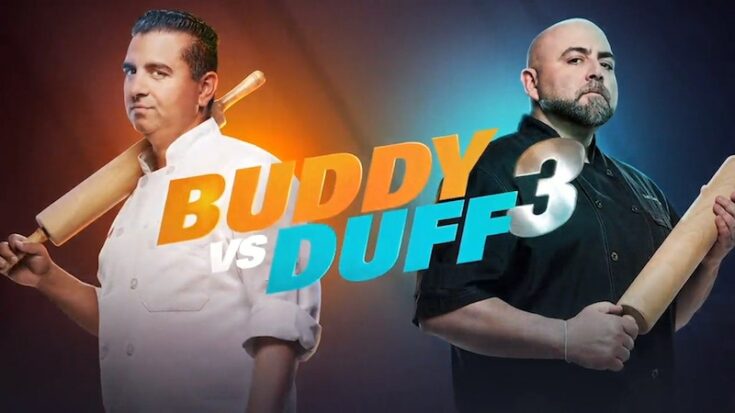 Buddy vs. Duff: why is this still a competition?

“NO SEASON 3! NO!” Duff Goldman tweeted at the end of Food Network’s Buddy vs. Duff season 2. Yet Buddy vs. Duff came back for two more seasons this year. Cake Boss Buddy Valastro and Ace of Cakes Duff Goldman are now good friends, but it's still a weird show. 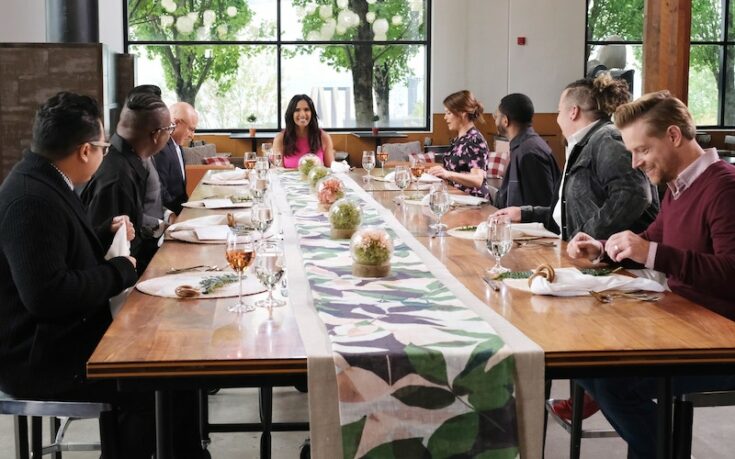 Top Chef's all-star panel should stay. So should these reality TV changes.

COVID-era restrictions created an opportunity for some real creativity, which Top Chef and other shows embraced.

In this story, I celebrated the all-star panel—which is returning!—and collected your thoughts on changes you appreciated in other shows. 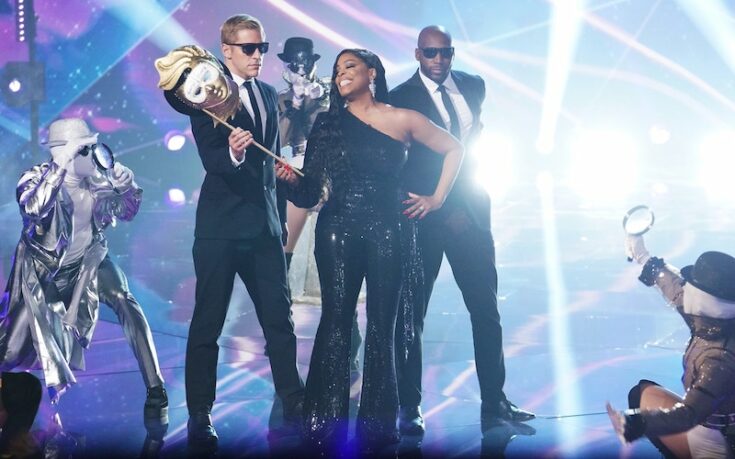 How Masked Singer fakes its audience

The Masked Singer completely lost me this year, but there is one thing I appreciated: its technical achievements.

Because of pandemic-related restrictions, The Masked Singer created a digital audience. A podcast explored just how they did that—and it's quite remarkable. 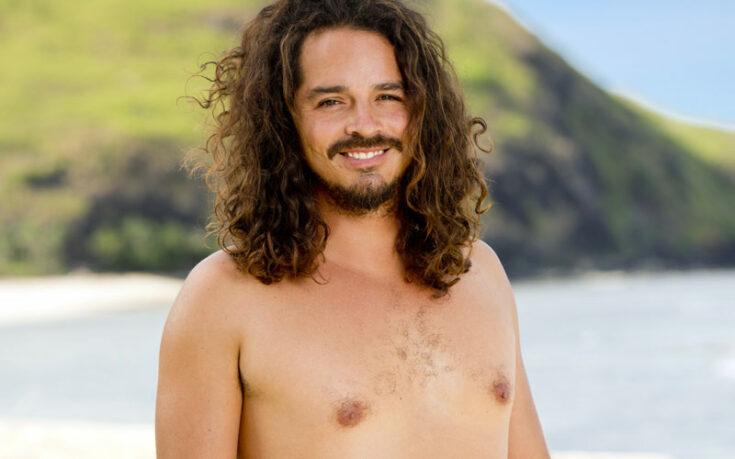 Survivor's Ozzy has really surprised fans with his OnlyFans

Thanks to social media, everyone can be a creator today, and some reality TV stars are using their fame and those platforms to show off, well, more than we're used to seeing.

In the cast of Ozzy Lusth, what he shared on Twitter really surprised a lot of Survivor fans. 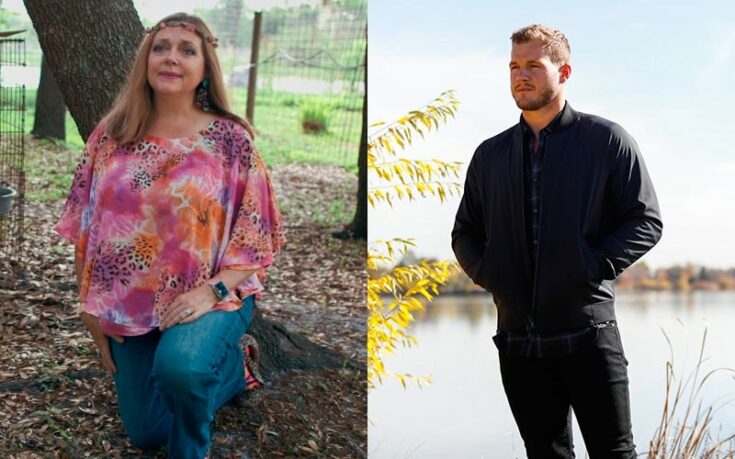 I wrote this piece about the choices Netflix makes, such as giving Colton Underwood his own series, despite his stalking and harassing his Bachelor ex, and portraying Carole Baskin as a murderer while making a folk hero out of the person in prison for attempted murder. 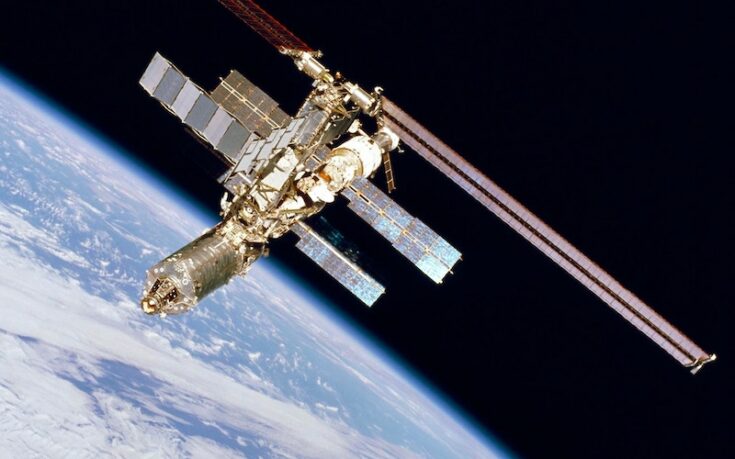 For more than two decades, reality TV shows kept trying to send people into space. This year, it finally happened. 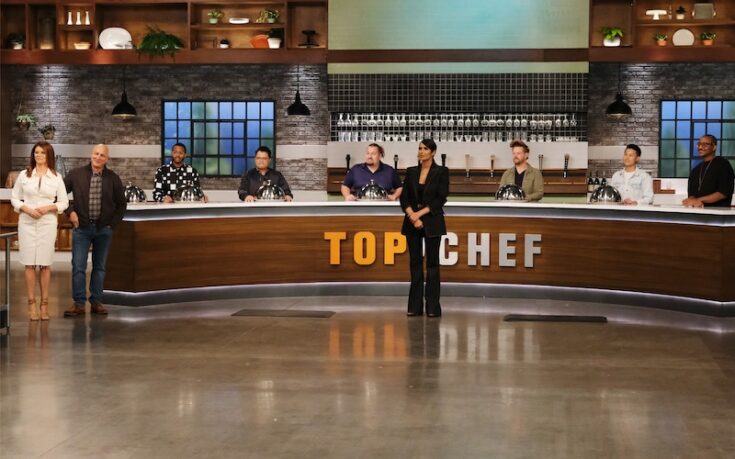 Top Chef Portland's physical distancing makes no sense. It's not alone in its mixed messages. 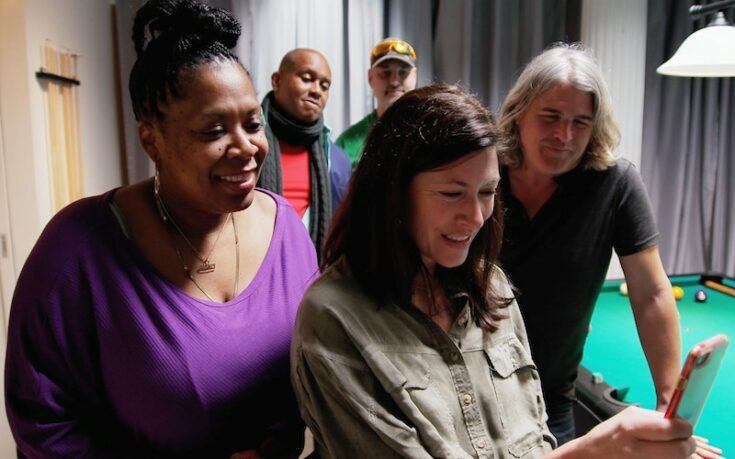 After The Real World Homecoming: New York ended, and I watched some of The Challenge: All-Stars, I compared their approaches to bringing back some of our favorite—and not-so-favorite—stars from the past. 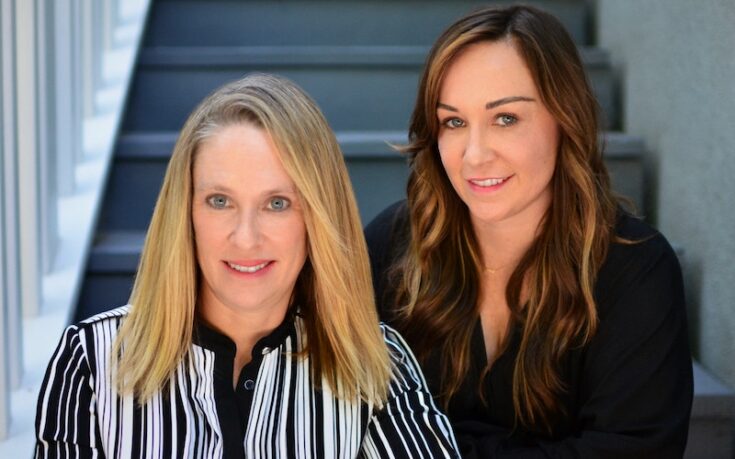 I love stories about the production company that created Top Chef, Project Runway, and other shows because "Magical Elves" just makes every sentence better.

I interviewed its new-ish co-CEOs about a Netflix show I really liked, but also about what networks are looking for in reality TV these days, and their answers were fascinating. 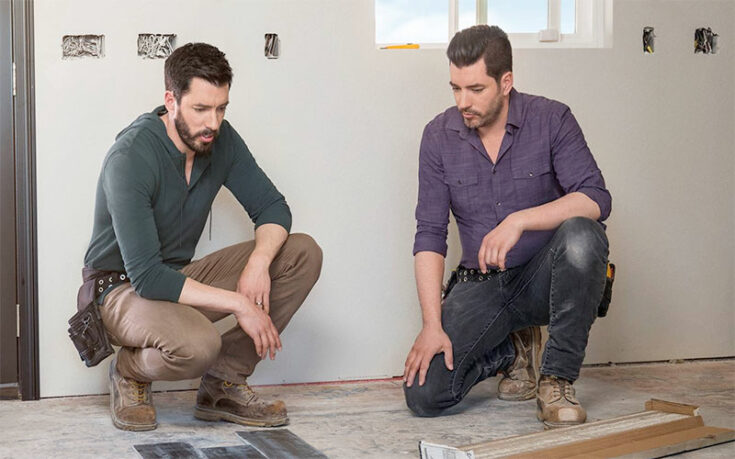 Why are shows moving back and forth between Discovery+ and cable?

Discovery+ launched with a bunch of "exclusive" shows that required people to pay to watch them. Many people did, and then those shows that quickly showed up on cable TV.

I found out what was going on. 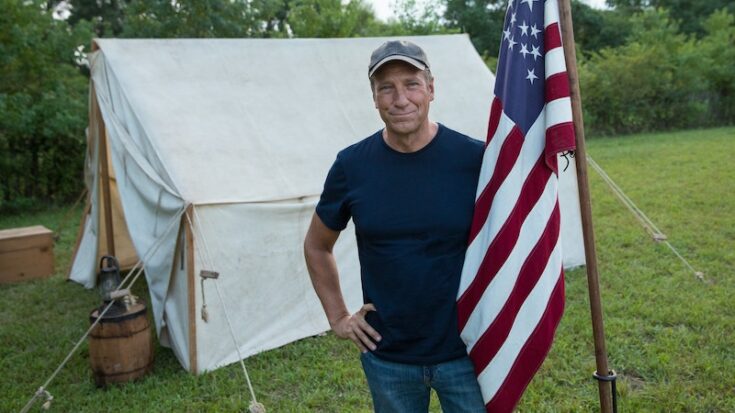 As a fan of Dirty Jobs, I was excited to watch Mike Rowe's new series. And then came each episode's final segment: oil industry propaganda.