Discovery Channel’s Shark Week is “television’s longest-running, and most anticipated summer event,” according to Discovery. I don’t disagree: I absolutely used to look forward to it, in part because it was so cool that marine biology, conservation, and education were all being combined into an entertaining week of reality television and documentaries.

Shark Week held such esteem in my heart that, when I was doing mud and obstacle races in the early 2010s, I’d wear a Shark Week swag t-shirt that said “Bite Me,” because it somehow felt both geeky and bad-ass at the same time, and that’s what I wanted to project as I ran three miles through mud. (Here’s proof.)

Then Discovery Channel decided to lie: to its viewers and even to the scientists it was featuring. I’m sure some Shark Week content was problematic before then, but when it aired a fake documentary—and then defended it! And then aired another one the next year!—the facade fell away for me. Jaws freaked me out, but it turns out Shark Week, too, was often making sharks seem far scarier and deadlier than they actually are—which contributes to further endangering them, ironically enough.

Unfortunately, Shark Week seems to be more about making money than anything else. If you’re laughing right now, I get it: That is, of course, the point of all television. Networks are businesses trying to maximize the number of people who will pay for their shows, which in Discovery’s case, maximizes value to their shareholders. That explains decisions like this, and why what they say and what they do don’t always align.

Today, it’s obvious that Shark Week is an ATM for Discovery: the second paragraph of this year’s press release announcement is about “new and returning partners,” not shark science. On TV, they’ll air a competition series, Shark Academy, on which “eight men and women who will compete to secure a coveted crew spot on shark scientist, Dr. Riley Elliott’s next great shark diving expedition.” Actual shark scientists have described the show as “a joke” and “a disgrace.”

Its first four 2021 premieres are all celebrity-focused, starring the Jackass crew, Tiffany Haddish, Robert Irwin, and David Dobrik “and his friends.” Yep, Discovery+ is actually streaming a special starring Dobrik despite all the “allegations of sexual misconduct and bullying against him,” including two people who said they were sexually assaulted while being filmed by him.

Honestly, I’m just disappointed that Discovery just doesn’t seem to care about the damage they’re doing. Of course, there are good Shark Week shows. So how can you tell when you’re getting good information or seeing truth versus fiction?

I’ve learned so much following shark researchers and scientists on Twitter, starting with Dr. David Shiffman, who tweets as @WhySharksMatter, who may be Shark Week’s best-known fact-checker. While he won’t be live-tweeting programs this week, others will be. Here are a few recommendations (e-mail me if you have others!):

As Macdonald tweeted, “have fun, be safe, and keep those critical thinking skills at the ready.” And you can also read up on some of the bigger moments in Shark Week’s history, starting with a high and also covering the many lows: 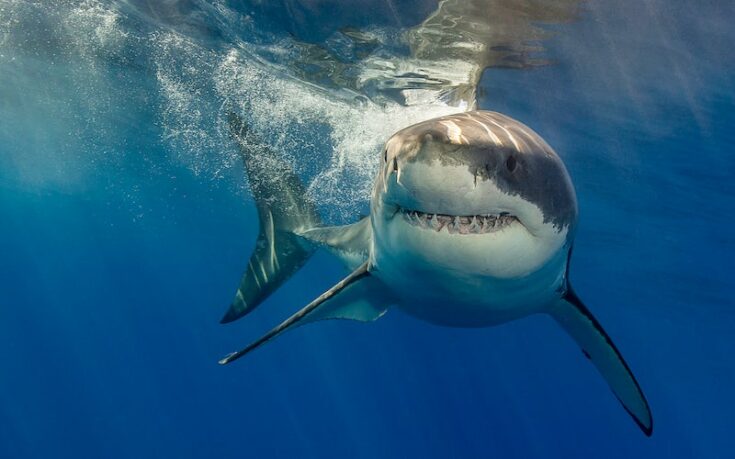 Shark Week and Sharkfest's experts are mostly white men. Why? And does it matter?

"To say that there aren't women in shark science is utterly ridiculous," marine biologist Jasmin Graham told me. Yet that's what Discovery's Shark Week and National Geographic's Sharkfest claimed when I asked them why they focused on white male shark scientists in their marketing and casting. An investigation. 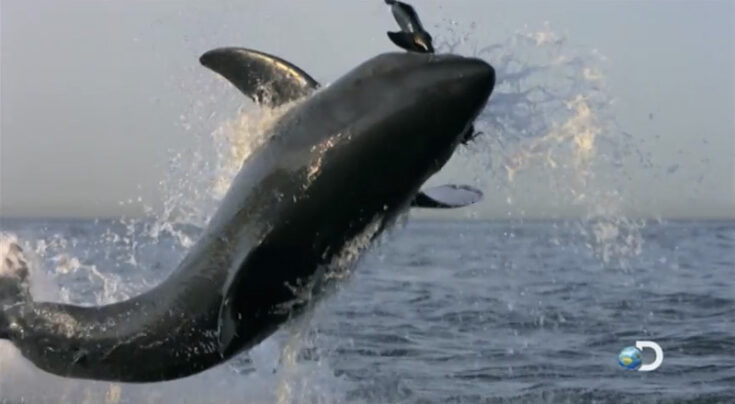 How that iconic Shark Week shark jump was filmed

The director of Starz's The Chair also was responsible for filming a memorable shot of a shark grabbing a (fake) seal. Here's how he filmed it.

"Megalodon: The Monster Shark Lives" was a fictional show with fake footage that Shark Week presented to its viewers, pretending it was nonfiction, and destroying its credibility. 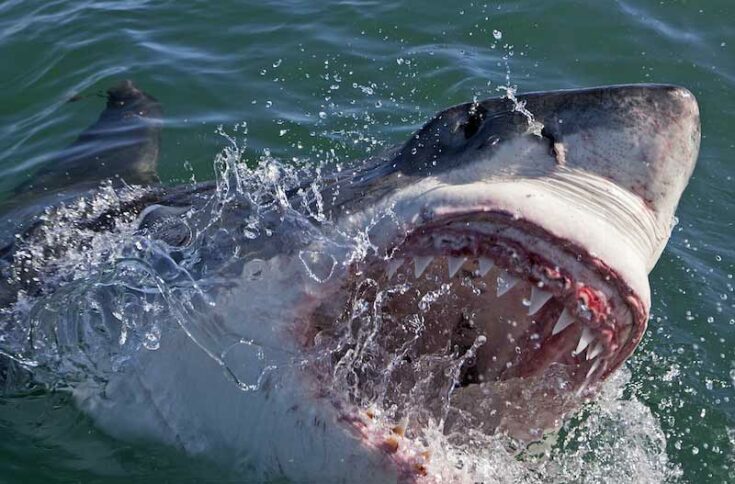 Discovery Channel is defending its decision to betray its viewers trust in the network by acting as if science doesn't really matter.

Why Shark Week is still lying

Despite getting criticism for its fake Megalodon special, Shark Week returned with "Megalodon: The New Evidence," a new piece of fiction pretending to be factual. 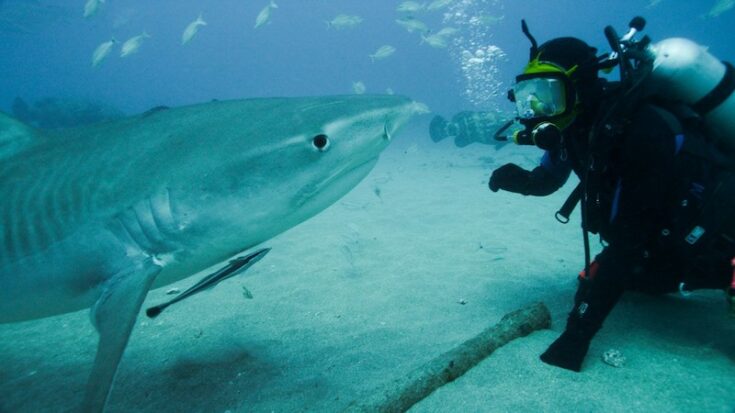 Shark Week ate through one of the last barriers between facts and make-believe in our culture, and made it even more difficult for people to know who to trust and what is true. Sound familiar? 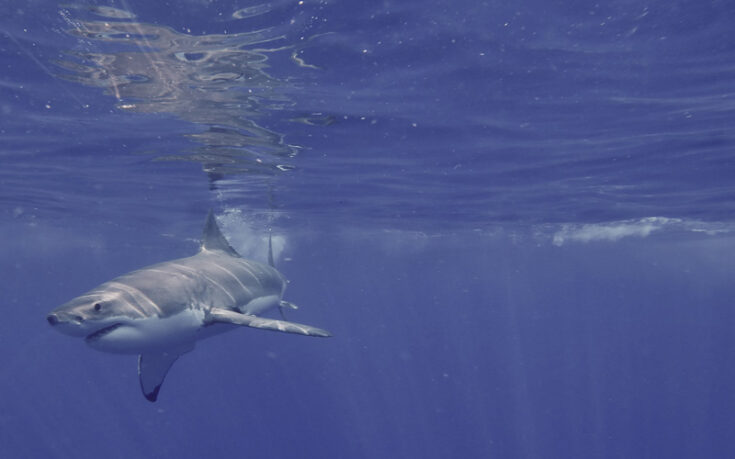 It's time for Shark Week, now without lying

In 2015, Discovery's new president, Rich Ross, committed to moving the network away from fake documentaries and dumb stunt programming. Here's what he said. (He left the company three years later.) 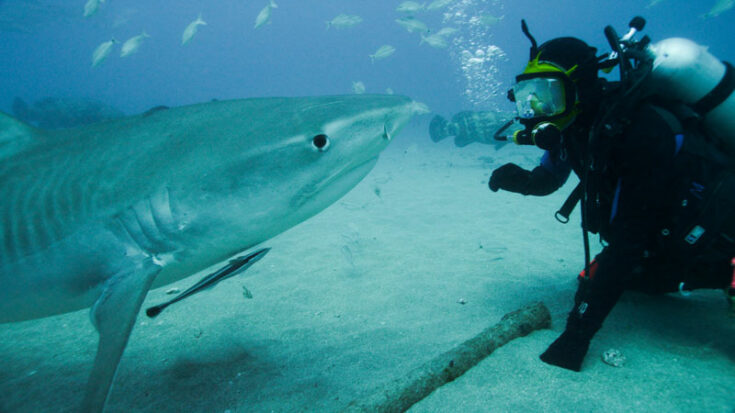 Did the Discovery Channel live up to its promise to eradicate fiction? Was there a new commitment to science and scientists? And how did it do in the ratings?