Marshal Knight, who runs the pop culture blog Um, Sure?, writes in this edition of The Confessional about watching the HBO Max competition series Haute Dog and finding a connection with its host, Matt Rogers.

On a recent episode of his podcast, Haute Dog host Matt Rogers said “the response…has been ‘Wow, you’re the gayest person ever!’” He went on to say, “There’s a little part of me that comes from Long Island and was this kid, that’s kind of like ‘I hope it’s not turning people off, I hope they’re not saying it in a bad way, I hope I’m not annoying.’” Rogers says how he’s “been cultured in that way…that acting that gay delegitimizes you.” What I found the most striking was how normal he felt to me.

For my entire life, I’ve had to watch reality and game show programming that was hosted with restraint by a variety of straight, male personalities. These hosts would always resort to making jokes at the expense of queer moments—men kissing Richard Dawson, sexual innuendos from Steve Harvey (clearly a lot of Family Feud hosts)—while I, on the other hand, dealt with decades of hosts being too straight.

In the first grade, we had to write five-sentence paragraphs about our idols. Many wrote about their parents, one kid wrote about their dog for some inexplicable reason, but I wrote about Bob Barker. Mind you, I was five years old and wasn’t aware of his inexcusable “history of harassment claims”, but he was my everything.

Someone who gets to walk people through a variety of games for a living (The Price Is Right, television’s own Mario Party) while remaining humorous and lively? A dream come true.

My go-to answer for “What do you want to be when you grow up?” was always: a game show host. It was the perfect blend of comedian, host, and philanthropist. From Tom Bergeron’s Hollywood Squares shenanigans to Gene Rayburn’s Match Game cocktail party energy to Regis Philbin’s Who Wants to be a Millionaire tension-building skills, it seemed like my most obvious career path.

As I grew older, the game show host dream transformed into wanting to be a reality show host. Phil Keoghan on The Amazing Race or Jeff Probst on Survivor or even what’s-his-name on Kid Nation were able to host while being able to connect with contestants for a longer period of time.

But I could not connect with any of them on a truly personal level. They were almost always straight, cisgendered, white men. There were a few exceptions, like Anderson Cooper on The Mole and Julie Chen on Big Brother, but both shows created roles where the hosts weren’t able to utilize the opportunity to be fun or lively, just stoic and robotic.

As a proudly flamboyant and energetic boy, I couldn’t connect with any hosting role as an opportunity to take it over. Now, as an openly gay male, the problem has persisted.

Luckily, RuPaul’s Drag Race has broken down so many barriers for queer hosts in the reality space. I’m not sure anyone could’ve predicted a decade ago that the outstanding reality host Emmy would consistently go to a black, gay male drag icon. I especially wouldn’t have been able to predict that the winner would be so into fracking, but I digress.

However, Drag Race is clearly made for a mostly queer demo with little crossover for a wider audience, as nice as that would be. The show is made to embrace the queer community consistently sidelined in entertainment and to give them a program made exclusively with them in mind.

Drag culture is a queer world. Thus, having RuPaul at the helm has always felt normal and necessary. Of course a member of the LGBTQ+ community would lead a show about drag queens. They are intrinsically linked to one another. Yet, dog grooming is a necessity for all pet owners, not just queer ones. If you have a dog, you need to have it groomed regularly. Asking a gay male to take on that role feels more powerful as the show is, seemingly, intended for a broader viewing audience.

Luckily, they chose to have Rogers lead, allowing him (and the show) to break new ground along the way.

Haute Dog is a delightfully ridiculous show at its core, where three dog groomers compete in a multitude of themed challenges to see who will take the honor of being “Top Dog.” The show is, all at once, an interesting look at the art of dog grooming and a send-up of competition shows as a genre. The dogs who win get to choose between a luxurious prize—or a dog treat. The prize budget is probably made up of old Costco gift cards.

The most striking takeaway from Haute Dog, however, has nothing to do with the pooches, but all to do with Matt Rogers, known for his incredible podcast Las Culturistas and for hosting Gayme Show on the now-defunct Quibi. He takes the reins as the “host-with-the-most” and boy, does he soar.

He is unabashedly himself, and because of that, I was finally able to connect with a host. Only a few times in my life have I been able to fully connect with someone presented through media as a gay male. Gay men have often been introduced as stereotypical caricatures; others are presented as straight-passing to such a degree that it almost becomes offensive.

But Matt’s skill is that he is himself, through and through. From the jump, he adds a humor, a slyness, and a wonderful flamboyance that I was able to connect with on a deeply personal level.

In the opening credits of the first episode, he discusses how they’ll compete to turn “K9s into K10s” with the same bravado as Billy Porter leading a Femme Queen Realness category on Pose. Later on, when judge Robin Thede jokes how these dogs need to “stand out or get out,” Matt immediately retorts, “Wow, that’s very cutthroat. I love that LA energy.”

All of his humor comes across as natural, referential, and constant. It reminds me of the breakneck speed of 30 Rock’s jokes-per-minute ratio.

He sings at the drop of a hat, references a celebrity when discussing a dog’s grooming, or talks to the dogs as if he is expecting a response. It’s delightful and perfectly calculated lunacy.

He knows what he’s doing and he knows what show he is hosting. The premise of Haute Dog is, without a doubt, kooky, and Matt’s hosting style matches that. There are hand motions associated with the “Mystery Pet” challenge. There are humorously smarmy jokes to the contestants, never delivered with malice. There’s an entire subplot of him flirting with a fellow gay contestant, Eric. It’s just so refreshing!

Matt Rogers is the first time I’ve been able to see a queer host in a show made for the masses that has allowed me to see me. The conversation in the media is often about representation being necessary, and for good reason.

Being able to see yourself on screen is a feeling like no other, especially when you have been oppressed as a community for so long. However, the representation needs to extend to all realms of the industry, in-front of and behind-the-camera, in all possible roles.

Matt Rogers finally filling in the role of reality host as himself has not only inspired me beyond belief, but has finally shown me that I do have a spot at the table. If first-grade Marshal were able to stream HBO Max, his idol paragraph would have been five emphatic sentences about Matt Rogers. 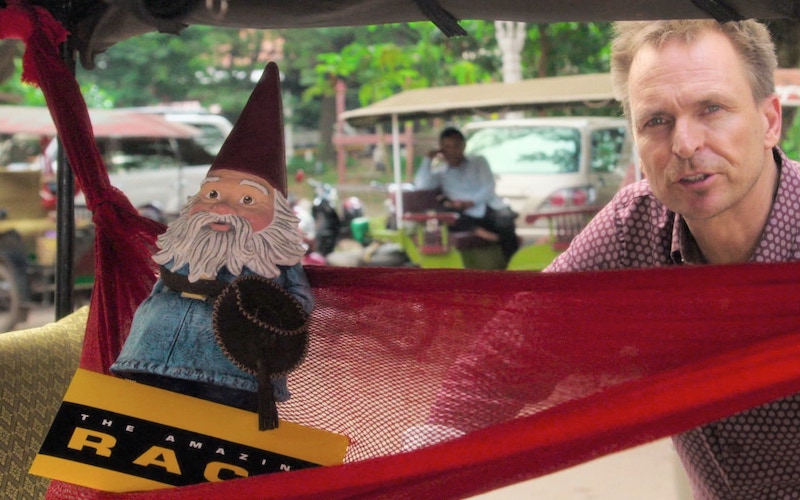 Next
Discovery+: 55,000 episodes of reality TV, plus these 30+ shows you can't see anywhere else
Click here to cancel reply.