The Amazing Race is not a game of strategy, but strategy has played an outsized role this season, when an alliance of teams has dominated by helping each other.

On reality competitions that are built around strategy, like Survivor, when an alliance successfully eliminates all of its competition, it has to turn on itself, and that’s what happened in the penultimate episode of The Amazing Race 32.

As tends to happen in these moments, those moves resulted in bitterness. “The race sucked. The bad outweighed the good. I’d never come back on the show,” DeAngelo said in his exit interview. He told Phil that he’d have rather just gone on vacation to visit the countries that the race visited: “I could have paid for it myself and not had the race around the world.”

His frustration was understandable, even if it did conveniently ignore how much the alliance’s help had allowed them to get to this leg of the race. He also recognized that “they can’t work together as a group of three,” but in the stress of the moment, wasn’t able to apply that logic to the group of four.

(By the way, today, two years later, DeAngelo still says he wouldn’t do the race again. But after the race, he and Gary connected with other teams, and last night James tweeted thanks to DeAngelo “for calling me, putting me at ease with the haters, & being a damn good guy. Appreciate you my friend. Nothing but love.”)

The city sprint came down to one challenge, and the other three teams decided to work together, effectively eliminating DeAngelo and Gary—though they were just one wrong answer away from having leapfrogged over the alliance of three, which would have been amazing to see.

While Gary and DeAngelo technically quit, by taking a two-hour penalty instead of completing the task, the rest of the alliance did eliminate them. And the team that came in first place did so not because of their own success, but because they got help.

Amazing Race’s ‘city sprint’ results in movement that was meaningless

There was no time for The Amazing Race’s epic theme song and opening sequence this episode, but there was time for Riley and Maddison to force their way through yet another Travelocity ad.

All the teams ended up together in Manila, where they learned about the structure of the leg. “For the first time ever, you are about to take part in a city sprint,” Phil Keoghan said,” though the “for the first time ever” sounded suspiciously like it was recorded at another time.

And the city sprint leg was suspiciously like other legs. It wasn’t functionally different than most legs of the race, except that they started and stopped in the same location, and that instead of Detours or Roadblocks, they had challenges to complete together.

There were two clue retrievals and three challenges (a foot race in stilettos, gathering feed for a horse, and the final task) that did allow for quite a bit of movement—though it ultimately didn’t matter when all the teams caught up at the end.

While Hung and Chee, and Will and James, were screwed at the initial clue retrieval because their vehicles happened to be in the wrong lane, Will and James caught up to the teams ahead. Hung and Chee fell further behind during the foot race in stilettos, and then went the wrong way before getting their clue out of a costume lion dancer’s mouth. (The lion puppet blinking its eye as Gary reached deeply into its mouth! Hung apologizing repeatedly for looking into a lion’s mouth!)

But eventually they all ended up at the same place: the traditional, incredibly challenging final task that uses details from the rest of the race.

The final challenge was truly challenging: a band played songs that had been part of previous legs—one was the song they played on a steel pan in Trinidad, but the other was background music from the circus in Colombia. They had to connect those songs to the country where they heard it, and then place those in the correct order. Making it more challenging was the fact that the flags were on music instrument cases, and they had to carry those cases back and forth to get checked.

When they got a check, they were given no information—how many they had right, for example—and had to carry the cases back to their truck. That added physical element made it more difficult to just try multiple permutations, though they did end up doing that.

Sometimes, this final task has been a Roadblock, performed by just one member of the team, and I liked that they worked together on it.

And I also liked that the alliance seemed to dissolve right in front of us. I was encouraged when Gary and DeAngelo asked Will and James, and Hung and Chee, about working together, and they basically said no. But it turns out they just didn’t want to work with Gary and DeAngelo.

I can’t argue with their logic. “We have a shot at being the final three,” James said. “All we have to do is help each other and not give this information to Gary and DeAngelo.”

Yet it was very annoying to watch Riley and Maddison celebrate their first place win after just being told the answer. It was Will and Hung who each independently went back to their clue and realized they none of them had actually read the clue, and thus were putting the cases in the wrong order.

Riley and Maddison were up on their way to their next attempt when they were told what to do, and then bragged about how amazing they are. “Maddison and I are peaking right now,” Riley said. “We’ve won the last three legs of the race and I think we’re going to win it.”

That last win has a huge asterisk, and maybe this season does too. It felt that way watching the final three teams hugging and celebrating together.

“Our favorite games are playing our best friends, so that’s what this is, and it’s going to be an epic battle,” one of the beard brothers said, and that’s a nice sentiment. But when you’re hugging because you all got 100 percent on a test after sharing answers, it’s definitely hard for the rest of the class to join in on the celebration. 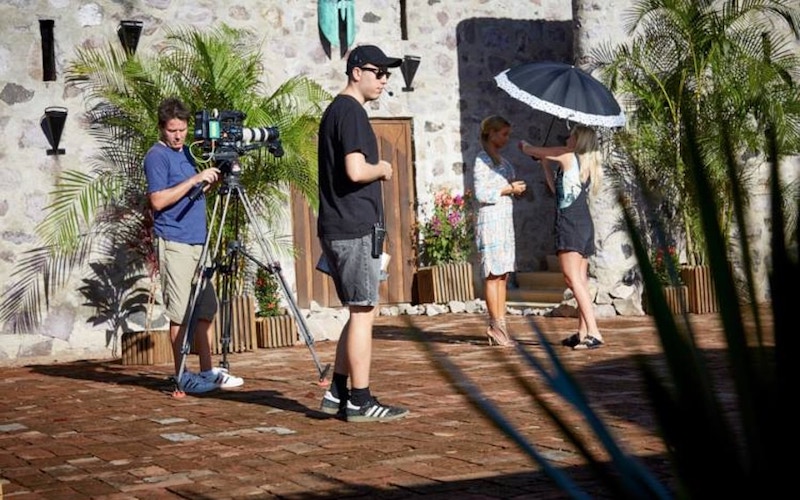 Previous
From Paradise Hotel in Denmark to Impractical Jokers in the US: a producer reflects on reality TV 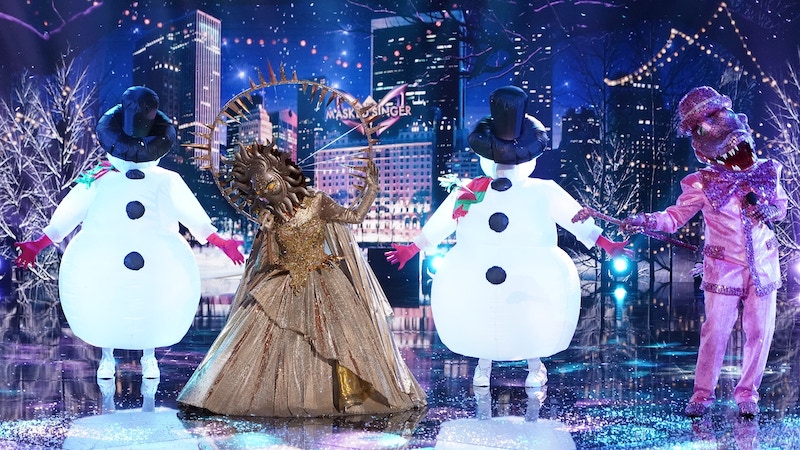 Next
Amazing Race and Masked Singer finales, and other reality TV this week
Click here to cancel reply.