Most reality show competitions have flat episodes, but The Amazing Race 32 started high and is increasingly flattening, thanks to the alliance combined with the current design of race legs, which doesn’t allow for a whole lot of movement, especially when social elements like the U-Turn and Yield are employed.

Nothing about The Amazing Race‘s leg in Cambodia was surprising. Eswar and Aparna’s elimination wasn’t a surprise considering how little screen time they’ve gotten this season, never mind how clear it was that they left the Roadblock in last place. Riley and Maddison came in first for the third leg in a row; they’ve been first or second the last six legs in a row, and I will be surprised if they don’t win, considering that track record and the edit they’re getting.

Maybe that’s why Phil Keoghan gets out a gun next week and makes the final four run some kind of endurance race.

Despite how little happened, the episode didn’t air a full opening credit sequence and theme song. It just aired a tiny chunk of it, like Survivor has been doing for years now.

I’d like to volunteer to help CBS reality competitions save their theme songs: I’ll watch a cut of your episode, and then, completely for free, suggest 30 or 60 or 90 seconds you can easily cut out in order to restore the theme song.

The several minutes before teams arrived in Cambodia was entirely useless. While only the alliance remains, there is a sub-alliance—Will & James, Hung & Chee, and Riley & Maddison—the editing needed to remind us of that at some point, but having multiple teams talk about it was unnecessary.

Well, except to reinforce the idea that when the beards, Riley and Maddison, strategize, they’re being smart, and when Will and James strategize, they’re being bitchy awful people. The exchange we got was literally Will judging James. “They are number one on our hit list,” James said after explaining the plan to target Gary and DeAngleo. Will reacted to that line with, “Oh, god!”

Travelocity’s gnome got more screen time than Eswar and Aparna

The Double U-Turn effectively knocked Eswar and Aparna out of The Amazing Race. The plan was for the sub-alliance to U-Turn DeAngelo and Gary, but they arrived at the U-Turn first.

“It worked out in our favor,” DeAngelo told Phil Keoghan, adding, to Eswar and Aparna, “in your face!” The last part was obnoxious but he was absolutely correct. Without that, they would have likely been eliminated, mostly because of the several hours he took at the Roadblock—because he didn’t spend time watching the demonstration. With so many detail-oriented tasks this season, isn’t the number-one task to study the model or watch the demo?

The absolute best part of this episode for me was Aparna’s reaction. “I’m just hoping you keep messing up over there,” she mocked DeAngelo. And told Gary, “I can’t even look at you guys right now. We’ll get you, Gary.” She later said, “I just thought you guys were smarter.”

I was totally there for an entire hour of that, not because I have anything against DeAngelo and Gary, but because the race’s editors didn’t give Aparna and Eswar any kind of character development all season. When they were on screen, it was nearly always to remind us that they’re coders, period.

But speaking of code, I was also wildly entertained by Aparna and Eswar’s tweets during last night’s episode:

What got more screen time and character development than Eswar and Aparna was the Travelocity roaming gnome. I have a vague enough understanding of the economics of reality TV production that I understand the need for such product integration to help fund the production.

Yet I still can’t believe that damn gnome was developed into a more complex character than several of this season’s teams. There was so much gnome, from team members talking about it (“I’m so happy we get to carry the gnome with us,” Chee said) to close-up shots of it.

We’re not at Baby Yoda levels here, but that little bag with seeds and other equipment was precious, and the way it stood nearby and watched the teams planting on the Detour? Its little life vest with Amazing Race colors? Cute.

And also obnoxious. The teams were given things to donate to a temple, and also instructions about how to respectfully present those to the monks. But any attempt at cultural sensitivity evaporated when the teams were literally required to hold on to their gnome. An inanimate company mascot shouldn’t be dragged along so that even a sacred space has advertising in it, and that object certainly shouldn’t get more attention than the actual human beings who are racing around the world. 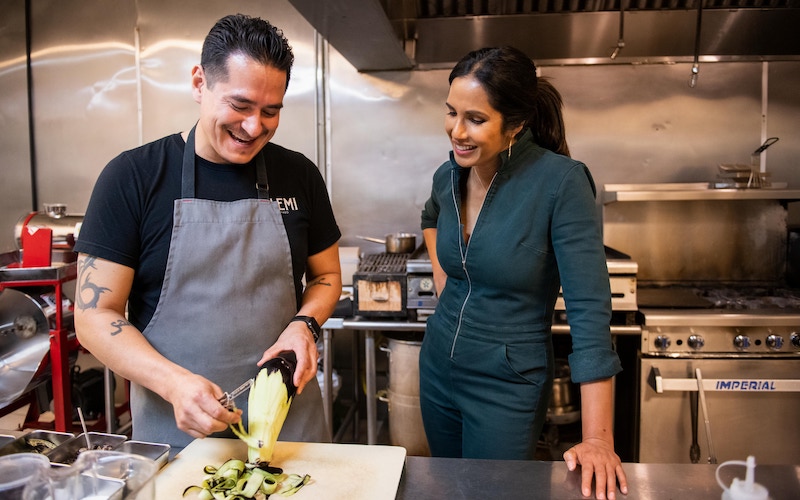 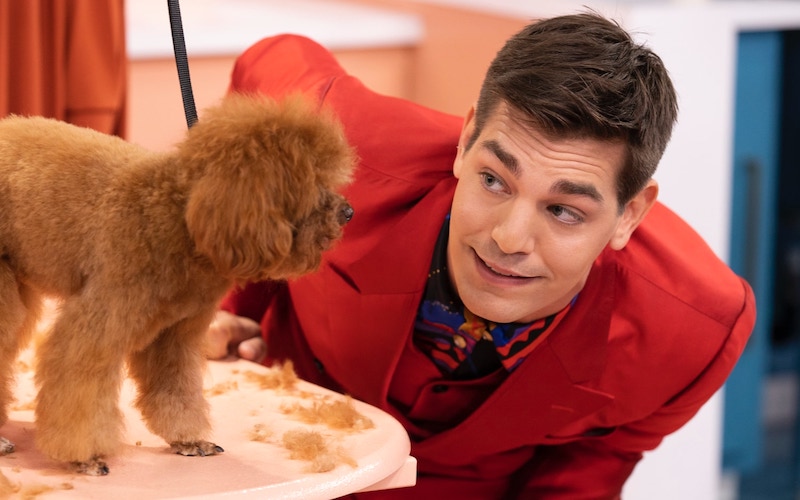