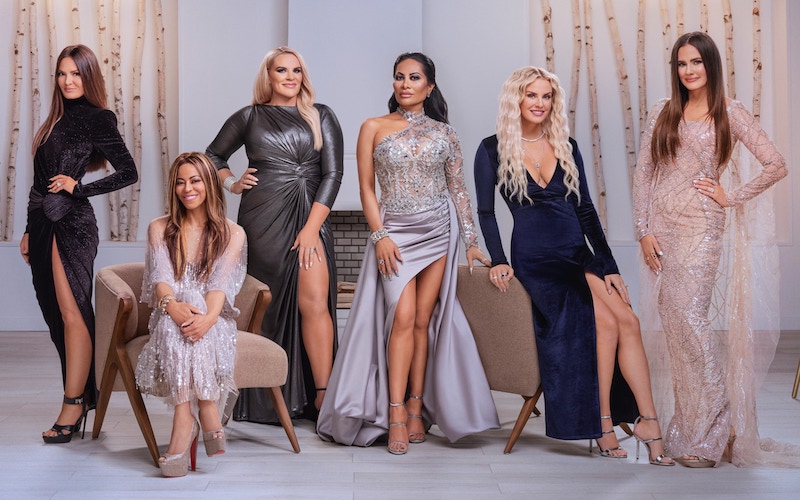 Good Monday morning. After the longest results show I’ve ever watched, I’m ready for some slightly less-real television. Reality TV is delivering this week: there are almost 20 reality shows premiering new seasons or premiering for the first time, plus a bunch of documentaries.

The biggest premiere comes from Bravo, which is adding its first new Real Housewives show since 2016, and its 10th overall: The Real Housewives of Salt Lake City promises “the undiscovered world of Salt Lake City within an exclusive social circle made up of six successful women who’ve created their own paradise filled with luxury homes, shopping sprees and multi-million-dollar businesses.”

But what’s really notable is that the cast is “the most diverse in franchise history,” including in race and religion. For example, while it’s set in Utah, and some cast members are Mormon, others are  Islamic, Jewish, or Pentecostal. Read bios for the six central cast members.

There’s also the return of Christmas Cookie Challenge (Food Network, Mondays at 10), with host Eddie Jackson and lead judge Ree Drummond, and a new set of cookie-making contestants each week.

Supermarket Stakeout, which is filmed outside grocery stores with contestants’ buying people’s groceries, is definitely a show that can’t or shouldn’t be filmed now. But the show is returning with a season subtitled “What Would Alex Make?” (Food Network, Tuesdays at 10) and it will have host Alex Guarnaschelli trying to make dishes using the ingredients that were in previous contestants’ carts or bags.

Chopped is starting a new tournament this week (Tuesdays at 9). It’s called the “Comfort Food Feud,” and it starts with an episode featuring bacon.

Maya Rudolph narrates Eater’s Guide to the World (Hulu, Wednesday), which explores “the most unexpected places to score an epic meal,” according to Hulu, while Olivia Colman narrates Becoming You (Apple TV+, Friday), which follows kids’ growth from birth to five.

Also premiering this week is a documentary series, Trial 4 (Netflix, Wednesday), which is about a man trying to prove that he didn’t kill a Boston cop when he was a teenager in 1993.

How did a democracy become “a violent dictatorship in four short years?” Rise of the Nazis (PBS, Tuesdays at 9) explores Adolf Hitler and the Nazi Party’s rise. With experts, historians, archival footage, and “dramatic reconstruction,” the three-part series explores “how the Nazification of Germany in the early 1930s was helped by the miscalculations of politicians who believed they could control the demagogic Hitler and his followers even as they radically remade German society.”

Four Kansas City kids and their families were followed for five years by cameras for Transhood (HBO and HBO Max, Nov. 12, Thursdays at 9), which HBO says “offers a long-range insight into the unique journeys of four transgender youths (ages 4, 7, 12 and 15 at the start of filming).”

I Am Greta (Hulu, Nov. 13) is a feature documentary about 15-year-old Greta Thunberg, who began a climate change movement at her school, going on strike. Hulu says the doc’s producers were “following the young activist from her very first day of school strike.”

The Final Hunt for D.B. Cooper (History, Saturday, Nov. 14, at 9) is part of History Channels’ new “History’s Greatest Mysteries,” a series hosted by Laurence Fishburne that promises “fresh, new evidence and perspectives” and “new facts and information about these infamous and enigmatic chapters in history.” The first episode follows the 1971 robbery and airplane hijacking after which a man disappeared with $200,000 in cash.

Black Sabbath: The End of the End (AXS, Wednesday, Nov. 11, at 9) profiles the band and promises “a front-row seat as the Godfathers of Heavy Metal, Black Sabbath, perform their final show on their final tour.”