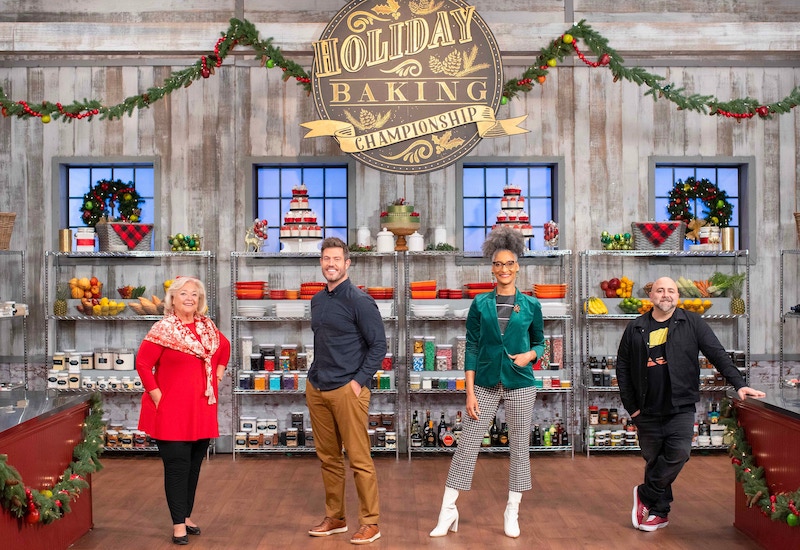 Good Monday morning! This week has already brought us the start of a new month and a time change, and is delivering the end of a long election season and the start of vote-counting.

It’s also the start of Christmas-themed reality TV—Holiday Baking Championship!—and the end of another “summer” reality TV show, American Ninja Warrior, which ends its season Wednesday at 9. So let’s look at the reality TV and televised documentaries premiering this week.

If you don’t want Halloween to end, reality TV has you covered, with new seasons of Ghost Adventures (Travel Channel, Thursdays at 9), Killer Siblings (Oxygen, Saturdays at 6), and Real Life Nightmare (HLN, Sundays at 10). And there’s a new show called The Real Murders of Orange County (Oxygen, Sundays at 7) that sounds like it’s the natural evolution of The Real Housewives of Orange County, but is actually just a show that “delves into the most horrific, sinful and salacious cases” in the community, according to Oxygen.

Holiday Baking Championship (Food Network, Mondays at 9) kicks off Christmas-themed reality TV, with 12 bakers competing and being judged by Nancy Fuller, Duff Goldman, and Carla Hall. Jesse Palmer returns to host. It looks to me like this was filmed on the same set—a tent at the Terranea Resort, where the cast and crew stayed—as Halloween Baking Championship, which makes sense for the challenges of production this year.

For drama disconnected from reality TV, Captain Lee is back for a new season of Below Deck (Bravo, Mondays at 9), which brings back bosun Eddie Lucas to work alongside a new crew.

A new series profiles “the strong Black women behind famous men,” according to OWN’s description of Behind Every Man (OWN, Saturdays at 10).

One of my favorite animals, the tarsier, is among the primates that Nature is exploring this month with a series called, appropriate enough, Primates (PBS, Wednesdays at 8).

Earth’s Great Seasons aired on PBS in 2018, and now it’s coming to cable, starting this week with “Spring” (BBC America, Saturdays at 8).

Director Ron Howard’s documentary about the Camp Fire—California’s deadliest fire to date, as it killed 85 people— premiered at Sundance and is now coming to cable. NatGeo calls Rebuilding Paradise (National Geographic, Sunday, Nov. 8, at 9) “a moving story of resilience in the face of tragedy as a community ravaged by disaster comes together to recover what was lost and begins the important task of reimagining and reembracing their future.”

During the 1968 Olympics, gold medal winner Tommie Smith “his fist in the air during the playing of the national anthem in silent protest against racial inequality,” according to Starz, which says its new documentary With Drawn Arms (Starz, Monday, Nov. 2, at 9) “follows Smith as he looks back at the iconic moment that helped define a movement and provided a symbol of hope and solidarity for marginalized groups throughout America.”

Super Duper Alice Cooper (AXS, Wednesday, Nov. 4, at 9) “tells the sordid tale of one of metal’s true masterminds—capturing the transformation of preacher’s son Vincent Furnier into vaudevillian villain Alice Cooper,” according to AXS.