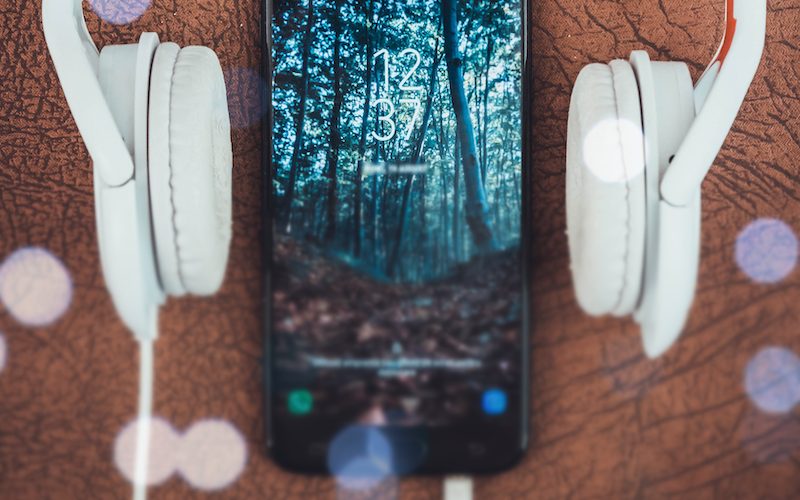 Sometimes, you just need an escape: from the people you live with, from the news, from the endless scrolling of social media, from world events. Maybe that’s today, or tonight, or tomorrow. So, I have four podcasts that I recommend for just such an occasion, whenever it may arise.

If you knew LeVar Burton from Reading Rainbow before Star Trek: The Next Generation, Roots, or his other work as an actor, and you haven’t yet discovered the podcast LeVar Burton Reads—well, you’re in for a treat. His podcast is not Reading Rainbow, but is its spiritual successor: a celebration of great writing. (There is some similarity, with Burton saying his catchphrase, “But you don’t have to take my word for it.”)

In each episode, Burton reads a short story. That’s it. Some are classics, some are contemporary fiction, and the stories cover a wide range of genres. “The only thing these stories have in common,” he says in the intro of each episode, “is that I love them, and I hope you will too.”

I love many of the stories I’ve heard him read. I’ve been introduced to new writing or re-“read” something I’ve read before, and even if the story isn’t my favorite, it’s nice to just listen to LeVar Burton’s voice, which conveys the authors’ voice and his passion for the story.

New episodes come out weekly during each season; there have been seven seasons so far and more than 100 episodes, so there’s plenty to listen to.

Burton begins each episode with a brief description of what he’s about to read, and then—as a wonderful bonus—encourages everyone to take a meditative breath, which literally changes our bodies: “So, if you’re ready, let’s take a deep breath, and begin.”

If you’d like to lose yourself in an entire book, and don’t want to have to deal with the effort of actually holding a book, Phoebe Reads a Mystery is for you.

The “Phoebe” of the title is Phoebe Judge, the host and co-creator of Criminal, who’s co-created this podcast along with Criminal co-creator Lauren Spohrer.

In each episode, Phoebe reads one chapter of a book. The sound is just her soothing voice; there’s no music or sound effects. Chapters are released daily, so you don’t have to wait a week to hear what happens next.

The podcast was launched earlier this year, starting with Agatha Christie’s The Mysterious Affair at Styles, and Phoebe went on to read mysteries including Sir Arthur Conan Doyle’s The Hound of the Baskervilles and The Murder on the Links, Bram Stoker’s Dracula, and Charlotte Bronte’s Jane Eyre, among other books.

In other words, there are now plenty of books to binge-listen.

listen to Phoebe Reads a Mystery

Factorious is a simple game of trivia: Iseman gives the contestants one or two letters—the first letters in the answer. Then he reads a list of facts, replacing the answer’s name with those letters.

For example: If the answer was “Survivor,” he’d start by telling the contestants that their clue is “S,” and then say something like, A Swedish show was the first version of S. In America, S first aired aired in the summer of 2000. Jeff Probst is the host of S.

The facts—which are better than my example—are at first vague and challenging, and then get easier and more obvious. Eventually, there’s usually a clue that’s a near-giveaway. That structure makes it fun to play along because the contestants usually don’t ring in until at least a few clues have been read, in part because a wrong guess means they can’t ring in again for that clue.

Three contestants compete over several rounds; the winner goes on to the final round, where they compete for $1,000 by trying to get three answers in one minute. Guessing is not penalized in the final round.

Iseman’s hosting keeps the show high-energy but ultimately light fun, from his banter with the contestants to the mechanics of the show. While giving clues, he’ll sometimes personalize them, joking or making a quick aside—entertaining and another second or two for me to try to think of the answer.

The point value for correct answers increases in each round, which makes it possible to score zero points in the first round and still win. I’m not sure if that’s great game design, but I am sure that Factorious is fast-paced, low-stakes fun.

The Great American Pop Culture Quiz Show is different from Factorious in several ways: it focuses entirely on pop culture, each of its games is different, and its trivia is much more challenging—at least for me!

Its seasons are structured as bracketed tournaments, and it just began its second season yesterday, so there’s an entire 13-episode first season to listen to, plus non-regulation episodes.

It’s produced by Television Without Pity co-founder and Extra Hot Great David T. Cole, and is kind of a spin-off of the games that end each EHG episode.

As the new show’s website explains, “We all met on the Extra Hot Great podcast where Taylor was a listener, Dan contributed quizzes to that podcast’s Game Time segment, and Dave was the producer and host. Each of us loves pop culture and quizzes so we decided to Reese it up.”

Host Taylor Cole begins each episode by having the three contestants choose a character from pop culture, and then argue why that person would be successful in some kind of scenario. The “winner”—in air quotes—gets a chance at a bonus half point, though questions in regular play are worth a lot more, like five or 15 points, so it’s not really part of the competition. That opening is mostly just a way to get to know the contestants and their personalities.

These trivia challenges are quite creatively designed. They’ve included identifying a TV show based on the audio of a fake advertisement that aired as part of that show, or identifying a pop culture property by hearing a description of it turned into a teacher’s lesson plan. Many of the games and answers bring back pop culture memories, so there’s a bit of nostalgia at play, too.

Instead of having to ring in, contestants take turns, and usually have the option of asking for one or two hints—though taking a hint decreases the point value for a correct answer.

I’d certainly ask for the hint on many of The Great American Pop Culture Quiz Show’s questions, so this is like pop culture podcast Jeopardy! for me: I probably wouldn’t stand a chance, but I enjoy listening to people with such swift recall and great memories. Sure, I challenge myself to play along, but even when I come up with nothing, I’m more than content listening to smart people take on these well-designed games.