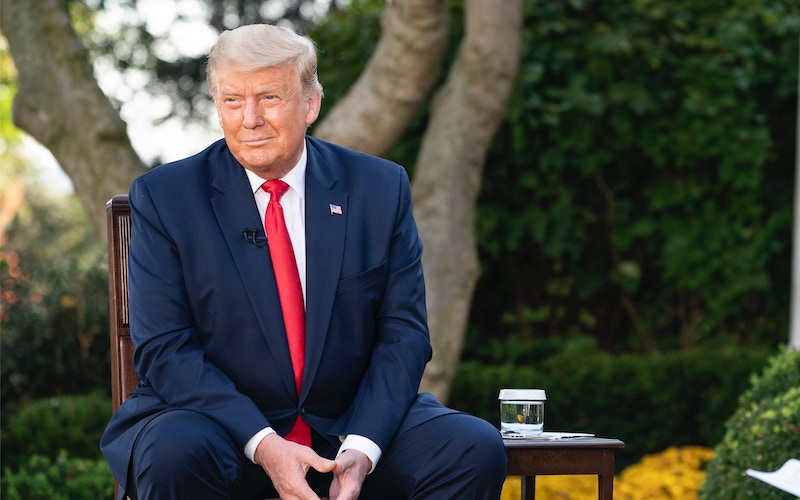 But this week, it really was America that voted, and decided to fire former Apprentice star Donald Trump from his job as President of the United States of America—and overwhelmingly choose Joe Biden as the next President of the United States, along with his running mate, Kamala Harris, who will be the first woman, Black person, and person of Indian descent to be elected to the vice presidency.

Lingering votes are still being tabulated, and some states will have recounts, but Biden has earned a clear majority of Electoral College votes. As of 7 a.m. ET Sunday, Joe Biden had 74,566,731 votes votes, or 50.5 percent of the popular vote, and Trump had 70,396,573 votes, or 47.7 percent of the popular vote. Both are records: no presidential candidate has ever received that many votes (the previous record was set by Barack Obama in 2008, with 69,498,516 votes). Of course, presidents are ultimately elected by the Electoral College, which Trump easily won in 2016 because of 79,646 votes in three states, despite losing the popular vote by 2,868,519 votes.

That news comes about five years and five months after NBC fired Trump from The Apprentice in the wake of his racist comments and burgeoning—and obviously successful—presidential campaign.

The Apprentice was all about hiring the best candidate for an apprenticeship and job with Trump, and during the campaign, Trump said, “I’m going to surround myself only with the best and most serious people. We want top of the line professionals.” But during his tenure as President, Trump had 91 percent turnover in the executive office of the president, setting records for the number of people he fired or who resigned.

Trump does leave behind a significant legacy. For a few examples:

Despite all of this, perhaps what stands out the most to me—and still sometimes surprises me—is his incompetence as a leader, which continued this week. He made contradictory demands that vote-counting be stopped and expanded, a message so dumb it was directly out of an episode of Veep. Despite Trump making false claims about voting for months, his son-in-law, Jared Kushner, only started looking on Wednesday for a person to lead legal challenges.

And in a perfect coda, on Saturday, Trump tweeted that his lawyers would have a press conference at the Four Seasons in Philadelphia. The hotel said: not here! The campaign then announced they’d be holding it at the Four Seasons Total Landscaping, a venue in an industrial park “next to an adult video store and opposite a crematorium.”

As someone who did not vote for the President this time or last time, despite being a fan of The Apprentice for years and years, I honestly expected that, when the pandemᎥc arrived earlier this year, he’d meet the moment and respond to the crisis in an effective way that’d contribute to his easy reelection.

Did President Trump ever seem interested in doing anything other than giving himself credit?

Survivor creator Mark Burnett received credit—and blame—for creating an image of a man who it turned out was in deep financial trouble before The Apprentice began. Editors on the show had to create fiction in order to make Trump’s decisions sound coherent. Donald Trump was not the paragon of success and wealth capable of making swift and logical decisions.

His candidacy in 2016 seemed fueled by a combination of things: admiration of that fictional image of Trump; hatred for Hillary Clinton, for her history and her sex; and racism and xenophobia that Trump had been stoking for years with his racist attacks on then-President Barack Obama’s legitimacy. His election was assisted by Russian interference (as the Republican Senate affirmed earlier this year) and votes for third-party candidates.

This time, though, people knew exactly who they were voting for. Not a polished, slick, successful businessman and TV star, but someone who couldn’t even put his own ego aside during a national crisis and actually do something, and who promoted conspiracy theories and while denigrating scientists.

But more people voted for Donald Trump this election than last, and Trump improved his standing among several groups. That’s definitively not because of an image created by a reality TV show or a reality show producer who has lost his touch. It’s a reality created by 70 million people who still see something attractive and desirable in Trump.

While he may be exiting The White House and the presidency in January, everything that he’s encouraged and supported and destroyed and ignored while president remains for all of us to deal with.