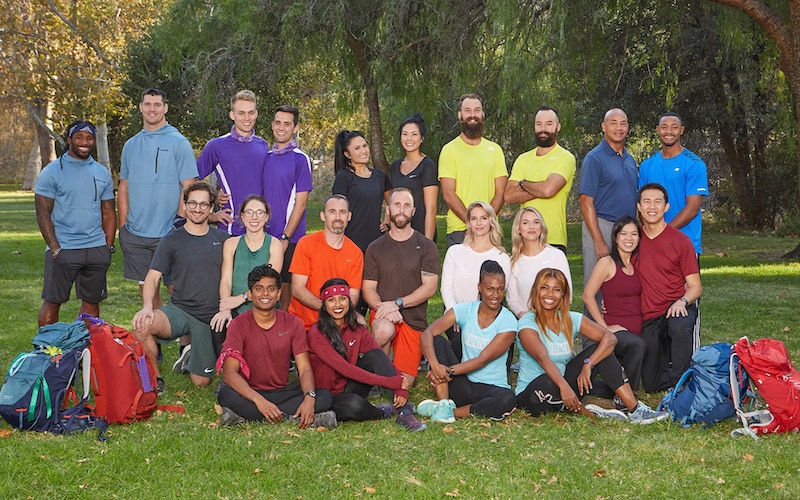 The Amazing Race 32's teams would meet CBS's new standard of having 50 percent of a cast be BIPOC. (Photo by Sonja Flemming/CBS)

CBS announced two specific goals today, both aimed at making its reality shows more diverse and inclusive. The most immediately visible will be that “all future unscripted programs to have casts with at least 50% of the contestants being Black, Indigenous and People of Color (BIPOC),” according to a press release.

That won’t start until next season, the 2021-2022 television season, In other words, it does not apply to shows airing this season, which have either already been filmed or were produced and cast before this initiative was announced—although The Amazing Race 32 (which was filmed two years ago) would seem to meet this new standard, as 11 of its 22 cast members are people of color. For comparison, about one-third of Big Brother 22’s cast were BIPOC.

CBS also promised to “allocate at least a quarter of its annual unscripted development budget to projects created or co-created by BIPOC producers, also starting in the 2021-2022 season.”

In its announcement, which was otherwise short on specific goals, CBS did remind us of something else it promised to do last December, after Survivor’s horrific failures: “sensitivity/bias and anti-harassment training for both cast and crew before the start of production” on “all CBS reality shows,” with “an on-site professional to provide a confidential means of reporting concerns.”

More-diverse casts is excellent, welcome news, in part because it’ll just make for better reality television, as The Amazing Race 32 is currently demonstrating. And no other network has publicly committed to this kind of change—though certainly some shows and networks have far more diverse casts than CBS has. But I think something else should come first: more diverse production crews.

In its announcement today, CBS did promise “future initiatives with its production partners to expand diversity in all of the creative and production teams involved in making an unscripted series.”

But that’s vague and far less specific than its goal of changing all casts next year. I’d argue it’s even more important to have a diverse production crew, from casting to editing.

Those are the professionals who help find those cast members, and then produce and shape them into televised characters, and representation is critical there, from telling stories responsibly to providing opportunities to people in the industry to just being able to find great cast members. Reality show crews are largely freelance, but Hollywood is also built on connections, meaning the same people get asked back for the same jobs season after season.

A season of Survivor produced by the same overwhelmingly white and male crew is probably going to be a lot like every other season of Survivor. A crew can be very talented, and they can take training mandated by the network, but they’ll probably also continue to return to what they know, i.e. whiteness.

Casting director Jazzy Collins, who worked on Rachel Lindsay’s season of The Bachelorette and a few subsequent seasons, and whose recent interview on Aliza Rosen’s Reality of Reality podcast is a must-listen—posted an open letter to Instagram in June about her experiences working on the ABC franchise.

Collins described this very thing in the conclusion:

“Not only is it important to have a diverse cast reflect what the rest of America looks like, it’s important for the production and casting teams to be able to share the same experiences as the cast members. You’re expecting a white team to be able to intimately produce people of color on an emotional level that they’re truly unable to relate to. A Black, Asian, Latinx, Indigenous man or woman should not have to walk on a set for up to eight weeks and stare at a crowd of white faces while they pour their heart out on national TV without also having a diverse, understanding team to guide them through the process.”

Thankfully, CBS seems to at least acknowledge this. Its president and CEO, George Cheeks, acknowledged the importance of hiring on the production side in his press release quote:

“The reality TV genre is an area that’s especially underrepresented, and needs to be more inclusive across development, casting, production and all phases of storytelling. As we strive to improve all of these creative aspects, the commitments announced today are important first steps in sourcing new voices to create content and further expanding the diversity in our unscripted programming, as well as on our Network.”

I hope CBS will soon commit to a specific goal for diversifying its producing teams, in the same way it’s now done for its reality TV.

It’s actually done the exact opposite with scripted shows: saying that “it will allocate a minimum of 25% of its future script development budgets to projects created or co-created by Black, Indigenous and People of Color (BIPOC)” and “set a target for its writers’ rooms to be staffed with a minimum of 40% BIPOC representation beginning with the 2021-2022 broadcast television season, and a goal to increase that number to 50% the following season (2022-2023).”