This was the kind of Amazing Race episode I like to see: Two flights! Self-driving! Navigation in a city! Comedy! Drama! Tears! Pies! A surprise ending! A team being completely ignored for half the episode!

Okay, The Amazing Race 32’s episode 5, “You Don’t Strike Me as a Renaissance Man,” wasn’t perfect, but what was meant to be aired back-to-back with last week’s episode worked just fine as a standalone episode. (Last week’s episode, however, did not; its conclusion fell flat.)

We began with not one but two flights to Paris! So the teams weren’t completely equalized, though the flights were only 15 minutes apart. The real challenge, though, came with their ground transportation: cars with stick shifts, every Amazing Race contestant’s worst nightmare.

“I’m excited to self-drive,” Will told us, calling it a “new element to the race that we haven’t had yet.” Yes, yes it was: and such a welcome one. Well, at least for us. Will, not so much. It turned out Will’s car was “not working” (i.e. he had it in third gear instead of first), so he created a hilarious traffic jam in the parking garage (a “plumbing issue,” Leo called it).

Teams honking at Will and James not being enough to get Will to shift the car from third to first, Leo jumped out of his car and ran down the ramp to help. He offered to back up their car, which was both generous and perfectly strategic: clear the path by moving the obstacle behind you. But he settled on just getting them to the stop sign. James was not thrilled with this, saying Leo had “no empathy at all” and “didn’t have to be an ass about it,” but didn’t he and he did. Also Phil Keoghan did the same thing on the mat: openly mocking the disconnect between Will’s confidence and performance.

But this paid off the most when Leo was waiting for Alana to complete the Roadblock at the Musée Condé. He was giving an on-the-fly interview, and said, “We don’t know where we are in the race, but we know that Will and James might still be at the airport trying to get up the exit ramp … unless they somehow really pull it together.” Cue Will and James walking in at that very second. The Office‘s wonderfully scripted and choreographed scenes wouldn’t have hit that so perfectly.

And while that moment is perfect by itself, it also makes for a wonderful meme template.

At the museum, a team member had to look around a gallery and then look around a party where one of nine people, dressed in period clothes, matched one of the people in one of the paintings. (Some of the costumed partygoers were much better visual matches for their painted counterparts.)

This was a particularly good task, requiring an eye for detail, a little bit of memorization, and the help of a lot of extras. Only Hung seemed to approach this with strategy, looking around the party for the most unusual or aberrant looking person. Having spotted Jesus, she then went to the paintings and tried to find the doppelgänger.

After the Roadblock, they had to whip enough chantilly cream, while in Chantilly, to fill two pies. Then they delivered those pies to a tent they had to walk through while being pelted with other pies.

The surprise and the pies to faces was pretty funny—Hung and Aparna’s chef hats dropped down and completely covered their faces, protecting them but also making it impossible for them to see where they was going. The slapstick and their general good cheer was enough to make me look the other way because there was literally no point to that; no tradition or historical reference, just producers smashing their contestants’ faces with pies.

A second Roadblock at the Musée des Arts Forains required one team member to win three carnival games, and for their partner to stand by and roll their eyes at how badly they were doing.

Everyone skipped the Yield, and the only sign of the alliances that have been given so much weight this season was when the Beards told their allies that the pie delivery would be accompanied by pies in the face.

The episode was well-balanced between transport and challenges, though not with teams: Gary and DeAngelo suddenly appeared halfway through the episode. And toward the end—despite on-screen text indicating what place people were in—I lost track of the teams, and even the order of the challenges. And some of them seemed to just fade away.

I suppose part of that is a result of this leg’s good design—a decent amount of travel and navigation, and challenges that were actually challenging means that there’s a lot of movement and differentiation, and that’s harder to turn into a coherent narrative in 43 minutes. It’s also preferable to a leg that’s so easy that everyone just goes together from one task to the next and there’s no movement in the rankings, and we’ve already had several of those this season.

The biggest obstacle was navigation and actual driving, starting with Will and James’ parking garage adventures, continuing throughout the episode with Kaylynn and Haley’s car lurching and screeching around France, and Michelle and Victoria getting lost constantly.

Although Kaylynn and Haley had to complete a Speed Bump task next to a very irritated horse, they managed to not come in last.

“The thing about the race is that it’s full of surprises, and I actually have a surprise for you,” Phil told Kaylynn and Haley. “You are not the last team to arrive.”

That was an emotional moment, but paled compared to what came next: Michelle and Victoria learning they’d placed last, and were eliminated.

“This is the closest that we’ve ever been in our lives,” Victoria said. “We really are best friends now, and I’m telling you, we were not close.” Michelle added, “at all, before.” Now, the sisters told us, they’ve even started saying, “I love you” to each other, which they didn’t do previously.

I’m such an emotional wreck this week over my cat’s future that a Chevy commercial with a dog co-pilot made me bawl, so for me it was a particularly touching moment, and despite being emotional, also a really upbeat and happy ending for a team that I’m sad to see leave the race. But then, I think that’d be true for almost every team. Almost. 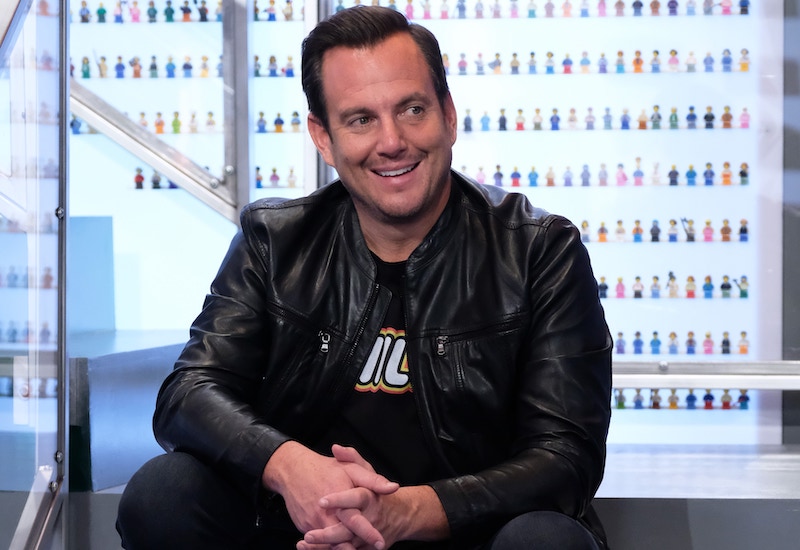 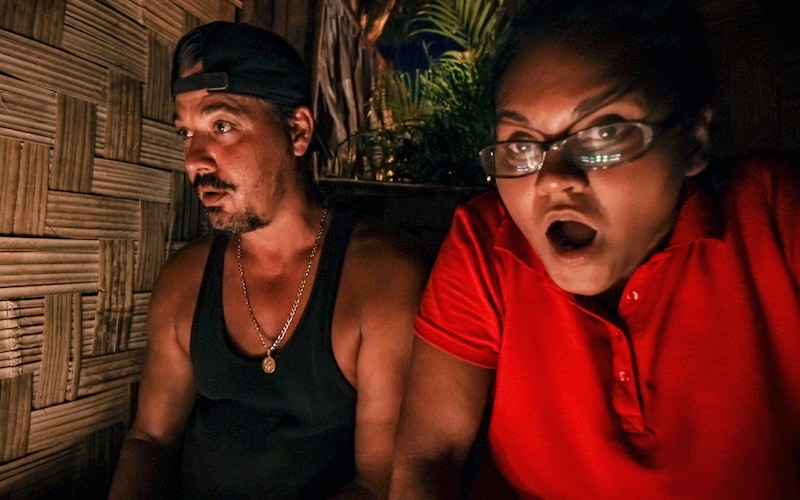 Next
Survivor is now on Netflix— well, two seasons are
Click here to cancel reply.