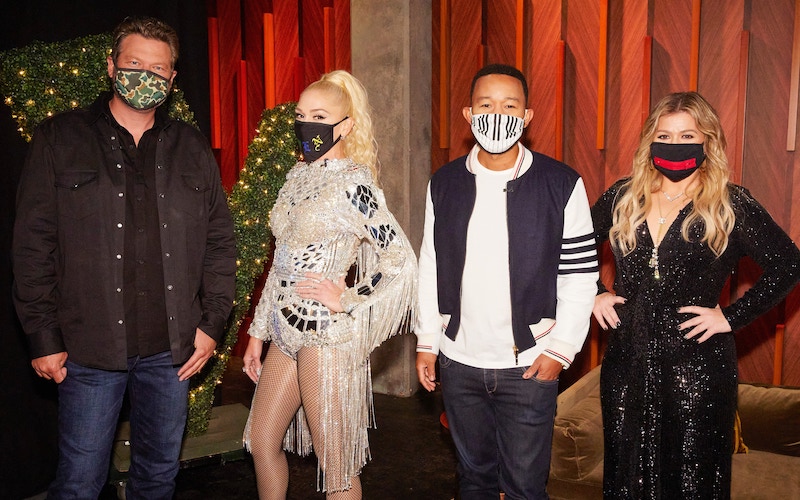 Good Monday morning. Today is National Evaluate Your Life Day, but that seems like a heck of a lot to ask right now, when it’s enough of a struggle to just get a single night of refreshing sleep. Thankfully, it’s also International Gin and Tonic Day.

Besides an excuse to drink a gin and tonic, this week is bringing us more than 10 reality shows, from new competitions to returning favorites. And the Halloween/horror reality TV is really starting to ramp up. So let’s look at this week’s reality TV and documentary premieres.

If celebrities in swivel chairs and singers picked for their life stories still work for you, The Voice (NBC, Mondays and Tuesdays at 8) returns with coaches Kelly Clarkson, John Legend, Gwen Stefani, and Blake Shelton.

If animals are more your thing, there’s a new competition series, Unleashed (Nickelodeon, Thursdays at 7), features animal acts being judged by both kids and celebrities.

While HBO’s great series The Vow ended last night, the mystery of what happened to Catherine Oxenberg’s daughter, India, just became its own series: Seduced: Inside the NXIVM Cult, which premiered last night (Starz, Sundays at 9).

Speaking of horror, Netflix brought back Unsolved Mysteries in July, and now it’s returning with a new batch of episodes (Netflix, Monday).

In relationship reality TV, there’s a new “social experiment” called Put A Ring On It (OWN, Fridays at 10), on which four couples date other people, kind of like Temptation Island; and I Love A Mama’s Boy (TLC, Sundays at 10), which follows couples in “serious romantic crisis” because of the man’s relationship with his mother.

The new documentary series Move (Netflix, Friday) profiles choreographers and dancers, while How To With John Wilson (HBO, Fridays at 11) is filmed from Wilson’s point of view while he “obsessively films the lives of his fellow New Yorkers.”

The drag competition The Boulet Brothers’ Dragula is spinning off a two-hour special that it calls “part horror movie, part documentary and part reality competition” this week.

Nature returns for its 39th season with Pandas: Born to be Wild (PBS, Wednesday, Oct. 21, at 8), which follows “filmmakers, scientists and rangers” into the Qinling Mountains where they “witness pandas’ startling courtship and aggressive behavior.”

Touching the Asteroid (PBS, Wednesday, Oct. 21, at 9) is about the NASA spacecraft OSIRIS-REx, which will attempt to retrieve part of an asteroid this Tuesday—the day before this episode of Nova airs.

Pepe the Frog was cartoonist Matt Furie’s innocent, comical creation—until it was taken over and turned into a symbol of hate by white supremacists and the alt-right.

The documentary Feels Good Man (PBS, Monday, Oct. 19, at 10) tells “the personal story of an artist battling to regain control of his creation, while confronting a disturbing cast of characters,” according to Independent Lens, which is airing the documentary.

Equal (HBO Max, Thursday) is about those who fought for gay rights long before Stonewall.

Whose Vote Counts (PBS, Tuesday, Oct. 20, at 10) “investigates allegations of voter fraud and disenfranchisement in the lead up to the 2020 election,” according to Frontline, while 537 Votes (HBO, Wednesday, Oct. 21, at 11) goes back in time 20 years to the election decided by the Supreme Court, which ended Florida’s recount of hanging chads, and decided the presidency based on 537 votes.

Showtime describes Alexandra Pelosi’s documentary American Selfie: One Nation Shoots Itself (Showtime, Friday, Oct. 23, at 9) as a “cross-country journey during one of the most tumultuous years in history.”

Finally, Bruce Springsteen’s Letter to You (Apple TV+, Friday) “captures Bruce Springsteen recording his new album ‘Letter To You’ live with the full E Street Band, and includes final take performances of 10 originals from the new record,” according to Apple TV+.