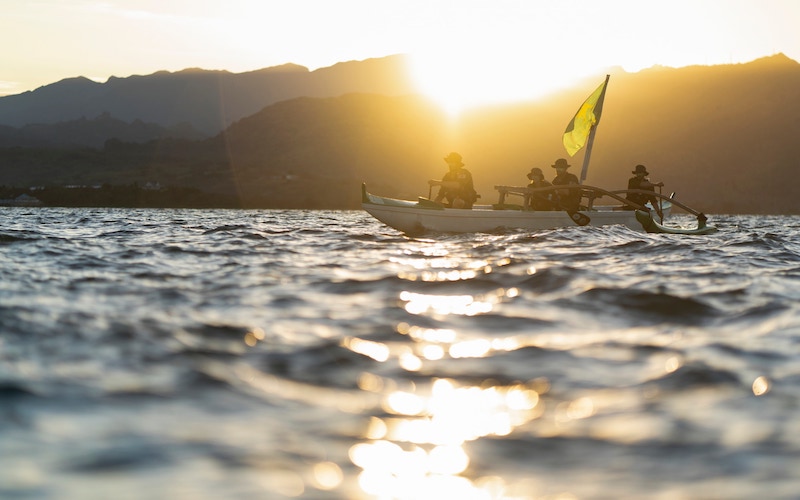 Amazon’s resurrection of Eco-Challenge—which it called World’s Toughest Race: Eco-Challenge Fiji for the Bear Grylls-hosted season that premiered in August—will not return for season two, as the show has been cancelled.

Eco-Challenge season 2 was planned for Patagonia, to be filmed either next spring or fall. The race could still take place, with the show being picked up by another streaming service or network, but instead becoming a revived franchise, Eco-Challenge may join the group of shows brought back only to disappear again, from Fox’s Paradise Hotel to HBO’s Project Greenlight.

The New York Times media columnist Ben Smith first reported news of the cancellation in his column about Mark Burnett’s failure to “put his stamp on a bona fide hit since the debut of ‘The Voice’ in 2011.” Smith wrote:

“In 2018, Amazon Prime resurrected a show called ‘Eco-Challenge,’ which Mr. Burnett started producing in the 1990s, though Amazon has dropped plans for a second season, MGM confirmed. When I asked MGM’s chief communications officer, Ms. Kelley, about the perception that Mr. Burnett had lost his creative touch, she responded with a litany of his long-running shows.”

Mark Burnett is chair of MGM Television, which bought his production company and thus now co-produces The Voice, Shark Tank, Survivor, and Burnett’s other shows.

I’ve confirmed with Amazon that they have, in fact, cancelled Eco-Challenge.

While Eco-Challenge’s web site has a logo for World’s Toughest Race: Eco-Challenge Patagonia and the phrase “Only on Prime Video,” Amazon had not publicly announced a renewal. However, the deadline for applying for season two was back in August, with tentative production dates set for March or November of 2021.

I really enjoyed Eco-Challenge—which premiered just two months ago, in mid-August—so it’s disappointing it won’t return. One valid criticism I heard repeatedly was how the show centered American teams rather than highlighting many of the 66 teams that were racing. Even with a celebrity host, Bear Grylls, and a focus on American teams, it did not do well enough for Amazon to justify a second season.

As to Burnett’s other failures, Ben Smith points to “the string of flops” Burnett is responsible for, including ABC’s Funderdome, CBS’s The World’s Best, and EPIX revival of The Contender, and explores how:

“Burnett, until 2016 one of the most prominent figures in Hollywood, has gone dark. His Trumpian gift for telling his own story — about his triumphant reinvention of a once-great studio, MGM, and his plan to bring Jesus Christ to entertainment — has foundered on the reality of corporate infighting, creative struggles and a religious streaming network that never got off the ground.”

“In his capacity as an executive producer, he has produced more than 70 seasons of shows for ABC (‘Shark Tank,’ 12 seasons), CBS (‘Survivor’40 seasons), Fox (‘Beat Shazam,’4 seasons), NBC (‘The Voice,’19 seasons), and the most recently launched ‘World’s Toughest Race: Eco-Challenge’ on Amazon Prime. Combined, programs where he serves as an EP have generated 18 Emmy wins, and 150 nominations. Burnett’s TV division is consistently amongst the most profitable divisions of MGM.”

Burnett isn’t really involved in the day-to-day production of new seasons of the shows that he’s getting credit for here. While Burnett was hands-on and involved in everything on Survivor at the beginning, for example, Jeff Probst and Matt Van Wagenen now run Survivor, while Shark Tank is produced by Clay Newbill and Yun Lingner.