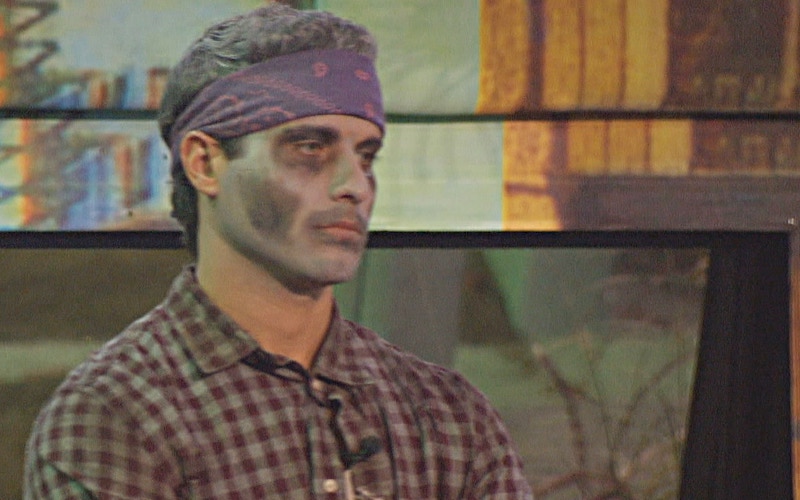 Big Brother 22 winner Cody Calafiore, in zombie makeup because this season was dead on arrival (Image from Big Brother via CBS)

The only surprise in the announcement was the definitive statement that Big Brother 23 will “be broadcast in summer 2021.” That means no winter or spring season of the show, which some speculated might happen thanks to this very weird television season, never mind the absence of CBS’s reality TV staple Survivor.

First, compared to last year—which is not a direct comparison, considering the delayed start for the 2021 season—Big Brother 22 has had lower ratings, losing about 0.2 in the 18-49 demographic. With an all-star cast, I might have expected the ratings to stay at least the same, but they went down—as is the general trend with all of linear television. In its press release, CBS indicated it was happy with the show’s ratings, saying it “continues to be one of television’s top-rated summer series in young demographics” because “the Wednesday and Thursday episodes are tops in key demos among all broadcasts.”

In other words, by comparison to other shows, it’s doing just fine. Also, it turns out that people really watched the BB22 live feeds: they “are up double-digit percentage points over last season in both total streams and time spent,” CBS said.

So if you are hoping CBS or the show’s producers will ever change a thing about Big Brother, it’s unlikely. Despite how absolutely boring this season was, people watched, the show won its timeslot, the network is happy, and they’re probably not going to do anything that will disrupt that.

Will Big Brother be back before summer 2021?

Big Brother has aired four seasons outside of its normal summer timeslot, though just one of its normal format. That was season 9, when the 2008 Hollywood writer’s strike happened; the others were the fall Big Brother: Over the Top, which was only broadcast on CBS All Access, and two seasons of Celebrity Big Brother, which did not return this year.

Without Survivor to air in the spring, could Big Brother sub in somehow? I think that’s relatively unlikely, and the speculation I’ve seen doesn’t really build a plausible argument.

CBS is continuing to roll out its scripted shows, and those that have November debuts will last well into spring, even if they have fewer episodes. CBS would need three hours a week to give to Big Brother, unless it went with some kind of modified format—and the show is so stuck in its rut I doubt that would happen.

Also, I could see Survivor’s Wednesday at 8 timeslot going to Tough As Nails season two, which is filming this fall, after a successful first season.

I still really just wish CBS would either:

But since neither of those things happened this year, when the 20th anniversary of Survivor: Borneo plus the lack of Big Brother made for the perfect opportunity, I doubt they’ll happen any time soon, alas.

Celebrity Big Brother took up more hours during the week but lasted for just a few weeks, so it fills a very different kind of need. The lack of it earlier this year suggested CBS didn’t need or want the spin-off, but the soundstage house is sitting there empty, so perhaps it’d be used.

At this point, though, there’s no indication that it will. However, while we’re speculating/dreaming, my favorite idea is a crossover, with Survivor players competing on Celebrity Big Brother, or just the regular version.

Inside Survivor‘s Martin Holmes proposed this in early September: “a shortened spring edition of Big Brother with former Survivor players.”

It depends upon which players are cast, of course, but I really like the idea of seeing how they’d go from playing one game to another, and it also presents plenty of possibilities for challenges and twists. Then again, knowing Big Brother, it’d find a way to screw Survivor up, too.