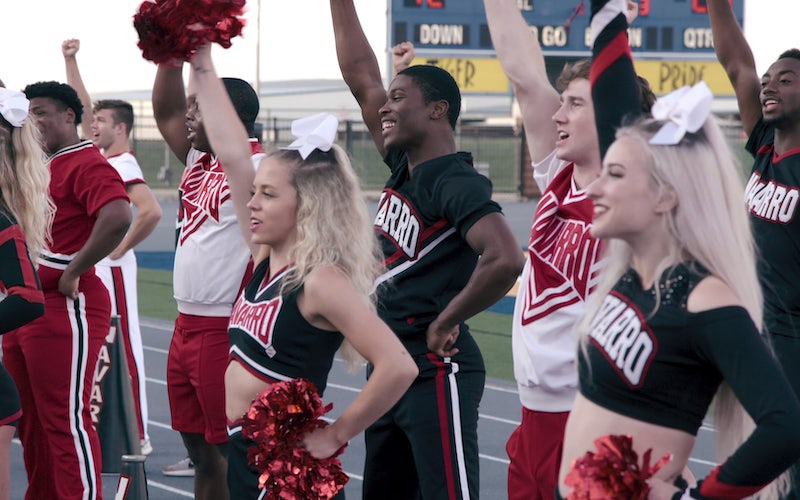 The TCA Awards are presented annually by the Television Critics Association, of which I’m a member, so I voted for both nominees and winners, in all categories. The reality TV category was particularly challenging for me to choose just winner, as six very different yet very strong reality shows were all nominated.

The awards were not presented in person this year, as this summer’s TCA press tour was cancelled. However, some winners did acceptance speeches to TCA members.

In his acceptance, Cheer executive producer and director Greg Whiteley said, “It takes a team of people to make a show like Cheer. No team was more important to the making of this show than that team in Corsicana, Texas, led by the queen, Monica Aldama. Monica then took over, saying, “Thank you, Television Critics Association for recognizing Cheer.”

In the non-unscripted categories, Watchmen was the big winner, as Regina King won for individual achievement in drama, and the show won in the new program, program of the year, and movie/miniseries categories.

A scripted show inspired by a reality show won two comedy awards, one for one of its stars and the other for the series itself.

The career achievement award was presented to Jeopardy! host Alex Trebek, while the heritage award went to Star Trek.

All of the winners are below.

Here are all the shows and people nominated for TCA Awards this year, with winners in bold. Winners were selected by majority vote of the Television Critics Association’s members, who come from the United States and Canada.

OUTSTANDING ACHIEVEMENT IN NEWS AND INFORMATION