RuPaul’s Drag Race dominated at the Emmys, and so did a comedy inspired by reality TV

That’s not quite the sweep that a show inspired by reality TV had: The entire first hour of awards—every single comedy Emmy, a record—went to Schitt’s Creek, including individual awards to all four central cast members: Catherine O’Hara, Eugene Levy, Dan Levy, and Annie Murphy. At one point, accepting yet another award, Dan Levy joked, “The Internet’s about to turn on me. I am so sorry.”

Dan’s dad, Eugene, who co-created the show with him, said Dan “took our fish out of water story about the rRose family and transformed it into a celebration of inclusivity, a castigation of homophobia, and a declaration of the power of love.”

Schitt’s Creek is an absolutely terrific show and aired its final season this year. If you haven’t seen it, the first five seasons are on Netflix or free to watch on CW Seed.

Announcing the reality competition award, host Jimmy Kimmel said, “Past losers of this category have gone on to become President of the United States.” That wasn’t a joke: The Apprentice, and Donald Trump as its producer, were nominated in 2004 and 2005, and lost both years to The Amazing Race, which may be the only redeeming thing about TAR’s ludicrous streak.

RuPaul received the Emmy via a box that opened by remote control, and looked like he was backstage at RuPaul’s Drag Race All Stars, which is now filming.

In his brief acceptance, Ru said, “We love making television; it is an honor to make television, and all the kids get to tell their stories on our show, and it’s beautiful.” Then he addressed kids watching from home: “Kiddo, I know how you feel right now: just know that you are loved. Don’t give up on love. Believe in love and the power of love.”

RuPaul’s Drag Race’s other four Emmys were for:

Survivor was featured during one of many Emmy ceremonies

Sunday’s show on ABC reserved just one unscripted award: competition reality show. I wish the Emmy producers would move the reality TV hosting Emmy back to the prime-time show, and maybe even the Emmys for structured and unstructured reality competition; how great would it have been to see the casts of Cheer and Queer Eye winning this year?

Altogether, I thought the mostly-remotely-filmed Emmys were a vast improvement over previous years’ telecasts; while winners were deprived of standing on a stage, we were spared the long walks to the stage. Having D-Nice DJing instead of an orchestra worked extremely well. And most of the acceptances felt more intimate and real, with winners just sitting in their homes, or gathered together with their friends and family (usually masked, sometimes not).

Most of the bits went on about 20 times too long, including an annoying Kia commercial, though I’d have watched Jennifer Aniston putting out literal fires all night. After Jimmy Kimmel sanitized an award envelope by spraying it with Lysol and then actually setting it on fire, she used a fire extinguisher to put it out. But when Kimmel went to retrieve it from the trash can, there was still a flame that quickly turned into a roaring fire, and Aniston grabbed the fire extinguisher again.

Most of the reality TV Emmys were presented during the Creative Arts Awards, which were hosted by Nailed It’s Nicole Byer and spread out over six nights of streaming presentations.

The first night focused on nonfiction and reality categories, and included a segment with Jeff Probst called “Survivor salutes the crew.” Probst said:

“…Survivor would not have lasted 20 years without the crew, the people who make the show. We number nearly 300 people, and behind every single moment, you see the work of that infrastructure—whether it’s a team in the jungle that’s covering a reality moment, or maybe it’s somebody out on a boat with a boom pole extended as far as it will go.”

Probst said the production—which may not resume filming until next year—is “one big family with so many departments,” and he rattled off a list including the Dream Team, the art department, audio, grips, aerial, medical, safety, catering, and accounting.

The segment is on YouTube, and includes lots of behind-the-scenes photos from Survivor, showing just how many crew members are often standing behind the camera lenses—never mind all those who are supporting the production but never in the same space as the contestants. 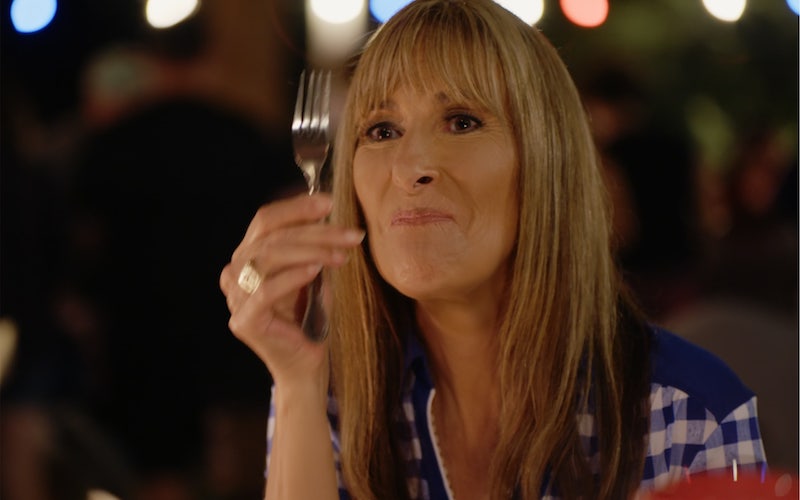 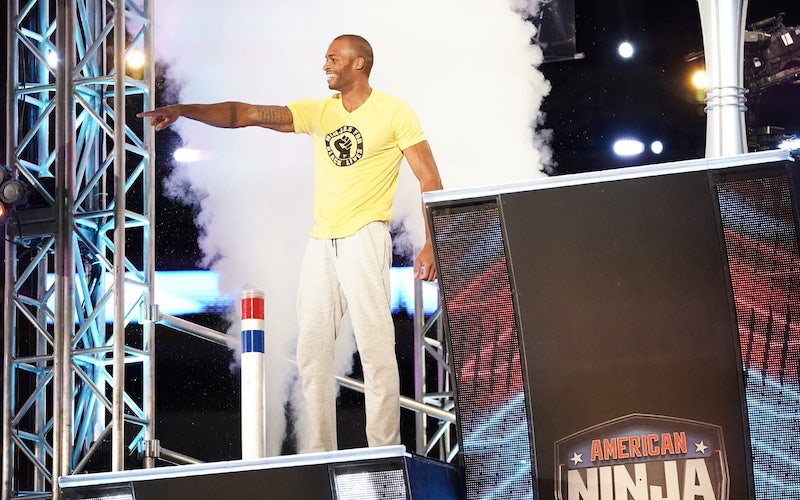 Next
Did Drew Drechsel win American Ninja Warrior's Power Tower? Who was on his team?
Click here to cancel reply.