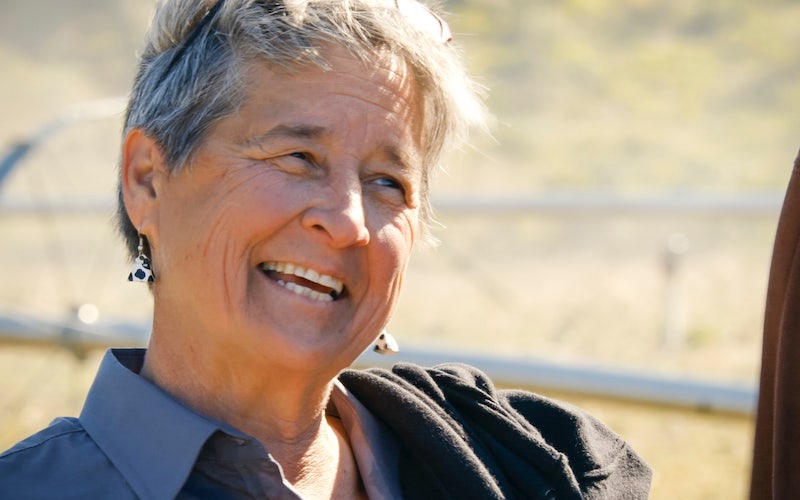 In the very first season of Survivor, which aired 20 years ago this summer, the contestants were divided about how to play this new kind of televised social and strategic game. Some of them weren’t even strategic. In its 10th episode, its eventual runner-up, Kelly Wiglesworth objects to a “conniving” approach and says, “It’s not worth it to feel like shit for the rest of your life for a little bit of money and your 15 minutes.”

We know who won (not Kelly), and what won out: reality TV as sports, winning over losing, trashing anything and everything just to get your hands on those sweet, sweet 15 minutes and now, Instagram followers and influencer deals. Individual achievement is celebrated above all else.

Even Survivor has shifted its narrative dramatically: host Jeff Probst was encouraging and supportive that first season, and has evolved to a host who mocks, berates, and even screams at contestants not performing to his standards, so they can win, because that’s what matters most.

It’s fitting that, two decades later, CBS has gifted us with an entirely new game, Tough As Nails, which has flipped the standard reality TV competition format on its head, creating a format where individual achievement is celebrated, but working together is the primary focus, even if it’s not the end goal, nor even required.

CBS has just renewed the Phil Keoghan-hosted (and co-created, with Louise Keoghan) show for a second season today, and that’s welcome news. It’s been doing well: Last Wednesday, it was the night’s most-watched show, with even more viewers than the premiere of Big Brother 22, although it has considerably fewer younger viewers. The casting site says they intend to film season 2 in October and November, meaning a season two could be on the air in the spring, unless that plan changes, of course.

After the first two episodes of Tough As Nails, my major issue was with its patronizing, relentless focus on insisting that its blue-collar contestants were not just worthy of celebration, but better than other people. It didn’t focus on how awfully our society treats essential workers, underpaying and undervaluing them while just calling them heroes and hoping that’s enough. Instead, it tried to elevate them by comparing them. The show’s theme song even had the lyrics “People go to school / spend the money / on fancy degrees / but that ain’t me.”

But the theme song’s lyrics, which were in preview episodes sent to the media, were dropped before Tough As Nails ever aired, and that message quickly fell away in subsequent episodes. That’s allowed the cast to emerge as people, not caricatures, and that’s the best way to celebrate someone and/or their profession: developing them into a round, complex character.

When it shed that shell, Tough As Nails emerged as unconventional and exceptional competition. It’s certainly the kind of show that’s built for me, heavy on its challenge focus—there are three challenges in every episode, and very little time spent outside of those—but it has consistently surprised me, from grounded, visually interesting challenges to a cast that’s taken advantage of the format to connect and grow instead of being bitter and angry.

Tough As Nails introduced a fascinating format that was a first for a broadcast network reality competition: players are eliminated one by one, but they do not leave. They don’t go to Exile Island or the Edge of Extinction; they stay and still compete in team challenges, and can still win money, they’re just out of the running for the big prize.

While there is a cash prize for one individual waiting at the end, there’s no incentive to backstab, betray, or alienate other individual players in order to advance yourself.

There’s obviously incentive for them to still contribute to the team, since the team challenges have a cash prize, and there is a bonus prize for the team with the most challenge wins. But working together is not actually required, since losing team challenges does not affect the individual competition, which is separate and awards a $200,000 prize and a sponsored truck.

Because the team challenges and the individual competitions are decoupled, I was curious what would happen as people started to no longer be in the running toward becoming America’s toughest nail.

Would they become less invested? Would they sabotage their own team out of spite? The real question, as it turns out, is: What should you do about teammates who frustrate you but are never, ever going to leave?

Michelle, a 62-year-old airline gate agent, has been a break-out player and a force—and also, at times, kind of grating. At 62, Michelle is about the same age as Sonja and B.B were when they became the first two players voted off Survivor: Borneo, and I think it’s fair to say she’s gotten on her team’s nerves, just as those two annoyed their fellow Survivor players.

Michelle’s competence, skill, and physical strength is not in question. She’s been in the bottom two and sent into the elimination challenge twice, and both times come out victorious. Last week’s challenge had the bottom two players insert conduit into a mock-up of a house’s framing, so they could run wire in that conduit and connect a light bulb to a switch. Michelle’s strategy was to bend long pieces of conduit instead of cutting it, and she easily defeated her younger opponent, Luis, a scaffolder. She handles both the physical and mental parts of competitions with relative ease and calm.

That’s not true for the team competitions, though, both during and after she and her fellow “Savage Crew” members lose. And they usually lose: the other team, “Dirty Hands,” has so far won four out of the five team challenges, despite having their own interpersonal issues.

But the key difference on Tough As Nails is that everyone is fairly self-aware and introspective (“It’s hard to surrender leadership,” Michelle admits). And they eventually talk through their frustration.

While we never see the contestants at their accommodations—there’s no house where they all live together, at least not one that we see, and no sponsored hotel, either—we do watch as they drive (one of them actually drives their van) to and from their job sites.

Since the show was filmed in Los Angeles, I imagine these drives can be pretty long, considering that it can take more than an hour to drive five miles in L.A. So they have plenty of time to chat.

“Sometimes we just need you to be quiet and listen, Michelle,” her teammate Murph, a Marine Corps. veteran, told her during the car ride after they’d lost the fourth team challenge in a row. That’s potentially condescending and could easily have erupted into a fight on another reality show.

But Murph didn’t say it with malice. As he explained later, “My negative comments are about forward thinking, because Marines are always forward thinking, but that doesn’t mean I respect her any less. She’s always used to being in charge at work or telling people what to do. So this is a challenge for her.”

Back in the car, Michelle says, “I did cause the tension and I don’t know if I cost us the win.” She’s reassured that it wasn’t. “You are a very valuable member of this team,” Murph says. “Very valuable,” Linnett adds. Linnett was the first person to lose an elimination challenge, and here she is, still being supportive and reassuring a teammate who’s worried she cost the team their win and the cash.

“Murph, I gotta appreciate you telling me to listen,” she says, and adds in an interview later, “The ride home today showed me that we’re in this together.”

That conversation encapsulates the fascinating relationships that have emerged, and inspiring levels of maturity. The contestants seem to generally have empathy for each other, and also consistently demonstrate an interest in understanding why the others are performing or behaving like they are.

And while the contestants certainly get frustrated and annoyed and even angry with each other, so far they’ve seemed to resolve their issues, a reality TV miracle.

In the same way that Tough As Nails has delivered really strong challenge design that regularly produces an hour of frequently exciting, thrilling reality TV, it has also been well-cast, finding diverse people who don’t just have different a range of work and life experiences, but who are also capable of talking through their issues and are actually willing to work together. They cheer each other on from the sidelines, regardless of which team they’re on.

Tough As Nails has also given us a format that is remarkably entertaining while demonstrating the value of working together and working through problems. It offers its contestants an incentive to work together, to think of themselves as a team from start to finish, rather than putting them into automatic or eventual direct competition with each other. That’s something to be celebrated and highlighted, even in a theme song.