Taskmaster, now on the CW (and YouTube), turns dumb challenges into great fun

I spent the first third, maybe even half of Taskmaster wondering why people are so charmed by this show, and why it was falling so flat for me. Maybe British panel shows aren’t for me? Perhaps it’s because they remind me a lot of late night American TV: a disengaged host reading from cards; the studio audience laughing at everything; and a parade of bits, few of which really land.

Some of the bits—tasks—on Channel 4’s Taskmaster are definitely better than others. But by the end of first episode airing on The CW (Sundays at 9), it’d swept me up, and I was ready to see more. It’s not the kind of silliness as Floor is Lava or Holey Moley, but there’s some common ancestral DNA between all of those shows. It’s more like The Crystal Maze meets Match Game.

Taskmaster premiered in the UK in 2015, and while there was an attempt to Americanize the show on Comedy Central two years ago, it only lasted one season.

Now, The CW is importing The UK version. The CW is labeling the show as season one, but it’s actually Taskmaster season 8, which aired in 2019. So yes, The CW is doing the same thing that PBS and Netflix did to The Great British Baking Show: giving Americans access, while confusingly and unnecessarily renumbering them.

Incredibly, all full episodes from seasons 1 through 7 are on YouTube—and completely free, and legal! (Yes, there’s no watching a flipped image or a thinking it’s a full episode and instead discovering a video is 45 minutes of a still image.)

Each season has a different panel of comedians, who are all together on every episode. Because I’m a dumb American, I was unfamiliar with all five panelists for this season: Sian Gibson, Lou Sanders, Paul Sinha, Iain Stirling, and Joe Thomas.

The titular taskmaster is Greg Davies, whose sitting on a literal throne and who suggests, from his posture to his reactions, that he’s annoyed, lightly berating or mocking the panelists. I understand that’s part of the charm, but it’s an aggressive barrier to entry.

It doesn’t help that the first task fell flat for me. The first task is always similar: each player brings in something to fit a theme, and their selections are together used as the “prize” for winning the episode. First, Davies judges and rates them.

This wasn’t clearly explained, though I understand that: Jeff Probst doesn’t explain Tribal Council in season 40 the way he does in season one.) Still, it made for an awkward introduction to the series for me.

The second task had been pre-taped, and was a true challenge: asking the contestants/comedians/panelists to find a baby monitor hidden somewhere in or near a house the show uses as the set for many of its challenges, kind of like the Big Brother back yard. They wore a helmet with a stick attached to it; the baby monitor was dangling from the stick, and a camera attached to the end, giving a perspective not unlike MTV’s Fear.

Alex Horne, who’s the show’s creator, is on-hand for these location tasks, and while he doesn’t really host them—instructions come on a pre-printed card from the Taskmaster—Horne does give feedback and make jokes.

The first time I laughed out loud was during the baby monitor challenge, when Lou Sanders read the card, examined the baby monitor, and then asked, “And what’s the camera for?” Alex Horne said, “We’re going to show this on the TV.”

How each comedian/player/contestant tackles the challenge is a large part of the fun. Some of them are brilliantly creative; some find loopholes in the rules; some ignore the rules entirely. They’re all game to try, though, and have fun doing it.

There’s competitiveness and craftiness and goofiness, and the warmth embedded in its mirth really snuck up on me. Suddenly, I was fully in and couldn’t wait to see more. Perhaps that’s because the first few tasks weren’t the strongest—like any reality show challenge, especially low-budget ones, they’ll undoubtedly be hit or miss.

The show really clicked for me during an episode-one task that seemed very similar to a playground game I recall from my childhood: Red Light, Green Light.

In this variation, Alex Horne stood atop a bridge spanning the tracks at the Buckinghamshire Railway Centre, and the contestants were on another bridge. Their goal: get to his location without being seen. Every 10 seconds, he’d pop up, and see if he could spot them. Thus, they’d have to be hidden every 10 seconds. It was just wildly entertaining, with a wide range of success.

I think a lot of the entertainment is dependent upon getting used to the individual personalities (of the panelists, plus Davies and Horn), but also of the panelists strengths in the challenges.

The challenges matter too, but the panel can make almost anything work. In the first two episodes, there are separate tasks that ask them to create mustaches and ventriloquist dummies, and one that tasks them with transporting dry rice from a table to a jar in another room, using only some mangos, a straw, and a jar of honey.

Taskmaster ends up being like Drag Race, in that the challenges seem designed for certain types of queens (comedy queens, improvisers, dancers), but still allow all the others to shine—if only they’d lead with their own personal strengths. And even the worst challenge can be entertaining.

Even though the panel was new in the first episode airing on The CW, the tone and format has already been clearly established, the show initially felt like I was a guest at a dinner party where I didn’t know anyone, especially not the host. The editing frequently cuts from the middle of tasks to the studio, for banter and, eventually, scoring. Those were the parts that initially lost my attention but then grew on me as I got to know everyone, and appreciate their competitiveness and ribbing.

Taskmaster’s frequently dumb challenges can be actually challenging, but best of all, they usually inspire a lot of creativity and laughter. 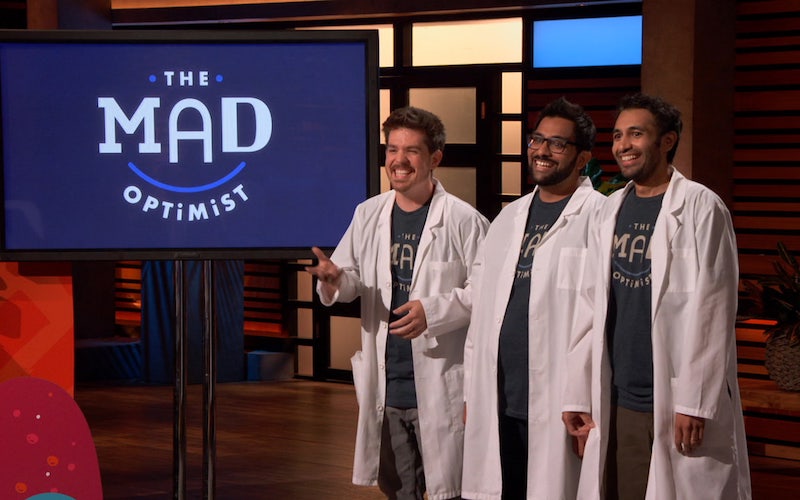 Previous
Shark Tank, Masked Singer, RHONY's reunion will all be filmed in person, and soon 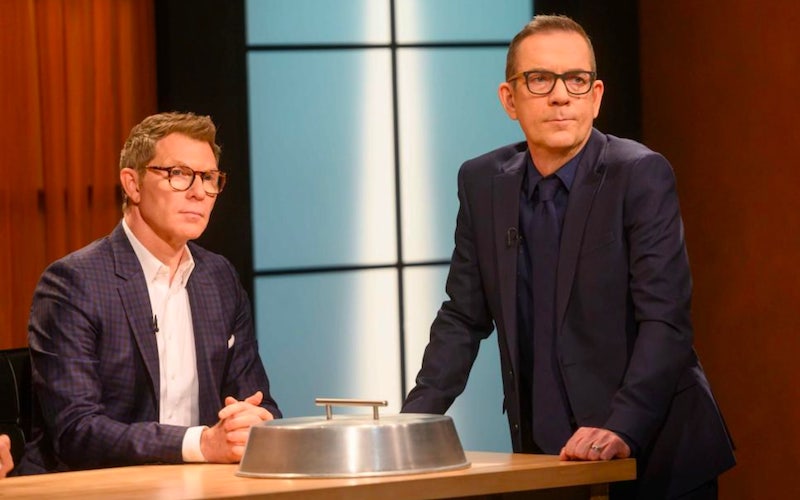