Earlier this year, EW’s Dalton Ross published an oral history that included an anecdote about the Survivor: Heroes vs. Villains jury refusing to participate in Tribal Council. But it turns out that the very first cast mutiny on Survivor came in season one, episode 12, at the reward challenge, and it was over a beer. But that very same beer saved Survivor.

That story is below. First, a few thoughts on Survivor: Borneo episode 12, which finally, thankfully, dispenses of Dr. Sean, who decided to play the game just in time to be voted off. He was not the original target, though: Once again, Kelly’s decision to bail on her alliance made her the primary target. But I think the Tagi Three—or at least Rich and Sue—probably know that the jury is full of Pagong members who Kelly befriended, and that’s also a good reason to send her to the jury.

Sue and Kelly become friendly again, kind of, but Sue is direct: “You’re a threat to me in the end,” she said, saying that she’ll try to keep Kelly out of the final three.

While the survival part of Survivor still gets substantial attention, as does the boredom of camp life, the game is bubbling up to the surface, getting ready to turn it to a full boil by the finale.

It also may have the first reference in reality TV history to being “under the radar”: During Tribal Council, Jeff Probst breaks the fourth wall to ask the final five what they think people watching will think about them, and starts his question for Rudy by declaring, “you’re flying low under the radar.”

There’s a fascinating moment early on when Richard Hatch dismisses the merged tribe’s name and says that the tribe-based game “never existed.” It was always an individual game, he declares, and always just him and three people in an alliance versus everyone else. No lies detected!

The editing is also continuing to highlight Rich as ruthless. He talks about not really caring about the other contestants—which Rudy echoes later—and says “whatever it takes here to win is the point.” Repeating back what an off-camera producer has clearly asked him, he says, sure, “call it Machiavellian.”

There’s quite a lot of foreshadowing in this episode, especially with Sean. He first talked about how duplicitous everyone is, and then declared that he’s going to start playing and doing whatever it takes. And of course, he’s voted off—declaring himself “the last good person” on the show. Then he called the game a “contest,” which might explain a lot about his failure to bother to play it.

Meanwhile, after winning the reward challenge, Kelly said, “Hopefully, I’m on a winning streak.” She is: she won immunity again, her third win in a row. And, spoiler alert, that pattern will continue to repeat, forging a path to the end that’s entirely because of challenge wins, not strategy.

The immunity challenge gives Jeff Probst an opportunity to use his extensive acting experience. For Tree Mail, he created a “Survivor Witch Project” video, referencing The Blair Witch Project, which was released—and became a huge phenomenon—in the summer of 1999. (Season one filmed the following spring.) And then contestants have to create similar videos, filming themselves running through the jungle and answering questions. Or, in the case of Rudy, filming himself saying, I don’t know.

And Jeff also gets to act during the reward challenge, because while he takes its winner, Kelly, to a bar in Borneo, he’s actually just at base camp, surrounded by crew members. The entire bar was faked, but that’s only the beginning of a fascinating story.

“Can we get two Buds?” Jeff Probst asks a bartender underneath a neon “Survivor Bar” sign, which is the only real clue that this bar and space has been constructed for television.

During his February talk at Google, Probst revealed what happened behind the scenes during production on this episode. “I don’t know if we’ve ever really told this story before or not,” he said.

First, Probst talks about how “the reward challenges were to incentivize you to play harder,” but admits “we hadn’t figured out that they needed to escalate them. … It seems so simple, but we hadn’t figured that out.”

What they had figured out was product integration, though Survivor would not have existed if it weren’t for Target, Dr. Scholls, and other sponsors. Probst reminds us that “every network said no” when creator Mark Burnett pitched them on Survivor, but then “Mark went out to sponsors like Budweiser and Target” and raised money to fund the show, which helped convince CBS to say yes. (Probst does a hilarious impression of Burnett explaining how to hawk products.)

In 2000, The Washington Post reported that the show “is advertiser-friendly. The nine exclusive sponsors that signed up before the show ever aired not only got ad time on the show and its Web site, but got lots of very conspicuous product placement in the show itself.”

For the episode 12 reward challenge, Probst said, “the prize was going to be one cold beer.” For this occasion, “Budweiser, the beer company, was there,” with several representatives.

But that wasn’t a good enough reward to justify the effort. “Tree Mail gets to the tribe, they read it, Richard Hatch says basically, A beer? Let’s just don’t do it,” Probst explained. “He was holding us hostage. It was beautiful leverage move by him.”

Before the challenge, Probst said, “Mark huddles all of us, and as he’s talking to us, all of the sponsor—the Budweiser people, I remember this woman dressed in pure white, and the jungles are muddy. She’s got mud all over here, and I know this is not what she thought it was going to be.”

“Mark said, If they weren’t here right now, I would go back to the players, I challenge you; we’ll just end the show right now.” But Burnett didn’t threaten the players back, because Budweiser was there, and he had to integrate their product into the episode. “I made a promise, I made a contract, I have a commitment,” Probst remembers Burnett saying.

To recap: Survivor would never have happened without the sponsors, and the cast’s mutiny might have been met with a much stronger reaction had Budweiser not been on location. I’ve frequently mocked the hokey product placement, but it was quite critical to the show’s survival.

“So we huddled around, we have a mutiny about to happen, we have the sponsors coming to see their beer, the contestants don’t want their beer,” Probst said.

John Kirhoffer, who’s still with the show and runs the challenge department, brought up the TBS show Dinner and a Movie. “What if we make it dinner?” he asked.

Burnett loved that idea, but added something. He also suggested that Probst surprise the contestants with this additional prize: “You wait for Richard to bite. Then you say, I wasn’t finished. It’s a cold beer and as much spaghetti as you can eat while you watch the first 15 minutes of the show you were starring in.”

There were two problems: There was no bar to take the eventual challenge winner, Kelly, to, and the Survivor: Borneo season premiere had not yet been edited. “We didn’t have 15 minutes cut yet,” Probst said. But “it was the only season that we had editors on location,” and they had “been cutting stuff’ because “Mark wanted to look at the show” to discover “what else we would need” to film.

Probst mentions the show’s “crew of 85” (which is amazing considering the Survivor crew is now 645 strong), and says they scrambled. He mentions the production designer, Kelly, who “quickly established what looked like a local Malaysian bar” at Survivor’s base camp.

For that bar, Probst said, “we brought in a bunch of locals, we told them to start smoking—for real.” The set was constructed to include spaces for the cameras to film through.

This was happening while Kelly was being transported. “We’re driving her around—this is no exaggeration—we’re just driving her around int he same circle, waiting for it to get finished,” Jeff Probst said at Google. He added that Burnett told the editors, “I need 15 minutes, you need some graphics, put their name on there.”

When it was finally complete, they brought Kelly in to eat her pasta and drink her sponsored beer and watch the show. But she didn’t know she was watching it alongside crew members who’d never seen what they were producing.

After Probst pretended to ask about using the bar’s TV to show Kelly the footage, he started the tape. After the cold open, Kelly said, “Go, Jeff! That was awesome.” But she didn’t know that he was discovering how awesome it was in that moment, too.

“All of the crew that’s pretending to be people on vacation or whatever, we are all looking at it going, Oh my god, it’s really cool. If you go back and think 20 years ago, there is nothing like that,” Probst said at Google.

“That was the moment where I went, I don’t know if anyone will watch it or anyone will like it, but I know this is really cool.” 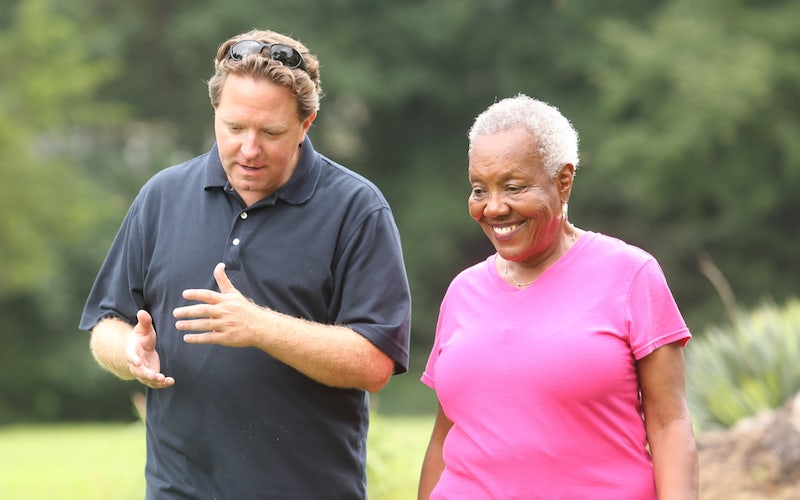 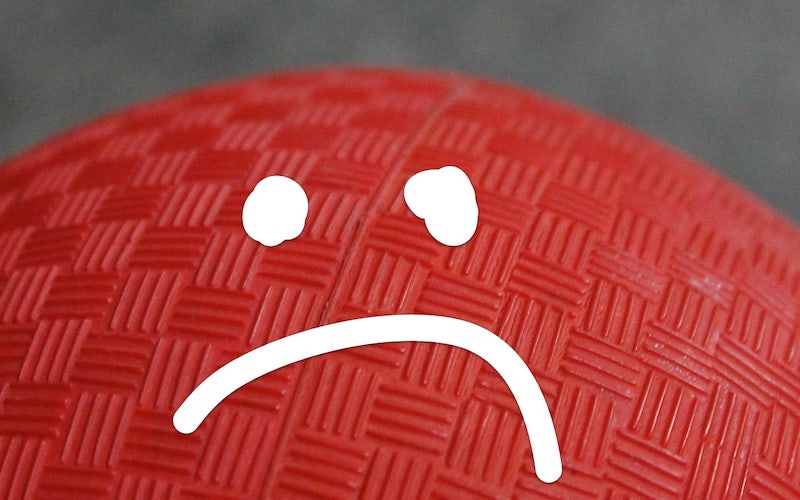 Next
Dodgeball Thunderdome will pummel you with its awfulness
Click here to cancel reply.