24 reality shows that premiere over the next two weeks, from Love Island to Love Fraud

Is it almost the end of summer? Of course, no, not really. Here in Florida, the heat and humidity don’t really let go until October-ish. It should be the waning days of summer TV—and though summer TV is waning, some summer shows are just now premiering, thanks to this bizarre year.

This weekly preview covers the next two weeks, and will return Aug. 31. That’s just before the debut of my fall reality TV calendar ready—though this fall will look different than most falls, since there’s barely any premieres ahead. But don’t worry: this week and next, there are quite a few new reality shows starting.

It follows six drag queens joining a Las Vegas show—a show that went on unexpected hiatus earlier this year. Unlike most incarnations of Drag Race, this is not competitive: it’s just a show following the queens as they prepare for the show.

Also from Las Vegas, and actually live even despite the infections raging there, is Love Island season two (CBS, Monday, Aug. 24, at 8, then nightly at 9). My favorite part of season one was narrator Matthew Hoffman’s fourth-wall-breaking jokes and commentary, and he’s back again, thankfully.

Season two is being filmed at the Las Vegas hotel The Cromwell, which is very different than Fiji, but may not be noticeably different since Love Island season one certainly didn’t do much on the actual island.

Five couples decide to split up for the summer to live as single people again in Singletown (HBO Max, Thursday).

The incredible documentary series Love Fraud (Showtime, Aug. 30, Sundays at 9)—I’ll have a review closer to its premiere—follows a group of women who’ve been deceived by the same man, and are now working with a bounty hunter to find him.

The Suspect (Sundance Now, Aug. 18, Tuesdays) is the son of a millionaire who’s beaten to death in this new true-crime series, while How It Really Happened with Hill Harper (HLN, Sundays at 9) looks at “notorious crimes, mysteries, trials, and celebrity tragedies,” according to the network.

People who’ve joined the “group” NXIV—which HBO notes “has been under siege, with various charges including sex trafficking and racketeering conspiracy”—are followed for The Vow (HBO, Aug. 23, Sundays at 10).

People quit their jobs and try to follow their dreams, while mentored by the COO of Shopify and two CEOs in a show produced by Shopify, in the new series I Quit (Discovery, Tuesdays at 10).

People who want to live off the grid are followed for the 100 days before winter comes on 100 Days Wild (Discovery, Fridays at 9).

Dodgeball has been turned into a sport on Dodgeball Thunderdome (Discovery, Wednesdays at 9), which has a range of dodgeball-related challenges.

If you prefer games where you can’t get your face actually smashed by a red rubber ball, there’s a new documentary series about video games: High Score (Netflix, Wednesday).

A family attempts to navigate the Northwest Passage on Expedition to the Edge (Discovery, Sundays at 9).

Planet Earth: A Celebration (BBC America, Aug. 31, Mondays at 8) will be simulcast on BBC America, AMC, IFC, and Sundance. It’s a compilation of eight segments from the original series, accompanied by new narration (still the same narrator, Sir David Attenborough, of course) and new music composed by Hans Zimmer and Jacob Shea.

Being the Queen (National Geographic Channel, Monday, Aug. 31, at 9) is about Queen Elizabeth II and produced by Tom Jennings, who uses “archival material, rare photographs and hundreds of hours of footage to showcase a treasure trove of intimate, rare and never-before-seen or heard accounts of Elizabeth II’s accession to the throne,” according to the network.

The history of the Paralympic Games is the subject of Rising Phoenix (Netflix, Wednesday, Aug. 26). On Emily’s Wonder Lab (Netflix, Tuesday, Aug. 25), “Emily Calandrelli makes STEAM fun with science experiments,” according to Netflix.

The stars of Renovation Island star in a spin-off, Renovation, Inc. (HGTV, Aug. 30, Sundays at 10) which shows how Bryan and Sarah created their renovation business.

In other celebrity reality TV, Jim Belushi and his marijuana farm are the subject of on Growing Belushi (Discovery, Wednesdays at 10). And underground racing star Sage “Donkamaster” Thomas gets his own reality show: Donkmaster (Vice, Wednesdays at 10:30).

Finally, here are five shows returning for new seasons over the next two weeks: 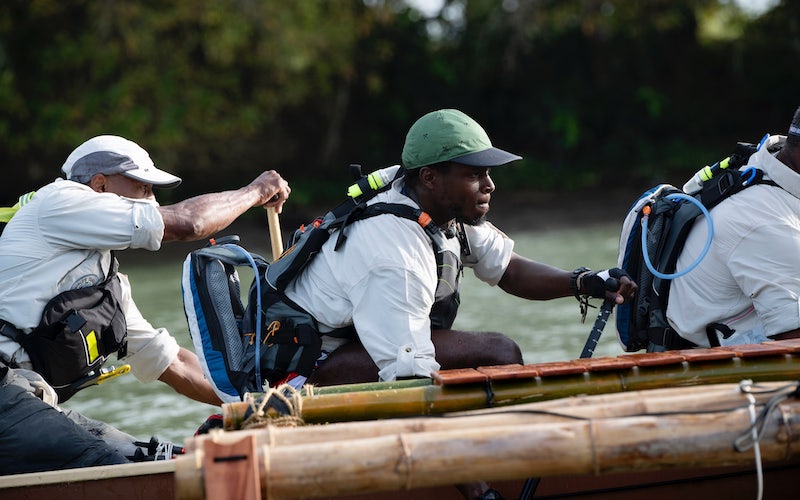 Previous
Eco-Challenge is back, and it's outstanding, uplifting, and electrifying reality TV

Next
Dancing with the Stars 29's premiere date and pro dancers announced, but not much else
Click here to cancel reply.