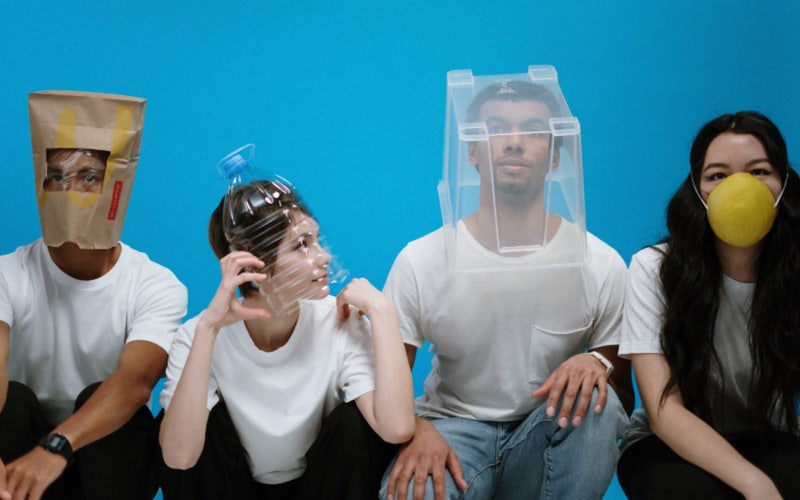 Wear a mask. Not like this. (Photo by Cottonbro/Pexels)

CBS’s Big Brother premiered this week, and became the most high-profile show to return to television amid this pandemᎥc. A few other high-profile shows are also filming, including ABC’s The Bachelorette (which has even had a dramatic twist).

Other American reality shows have been filming, too, and I’m not referring to remotely filmed shows like Food Network’s Amy Schumer Learns to Cook. Some shows have even filmed internationally this summer, while others were in production last spring! While they say they have safety protocols in place, at least some of those seem questionable. Is this all too soon? Is it going to end up killing someone?

USA TODAY’s report about those big network shows being in production pointed out that “most scripted entertainment – TV and film – remains sidelined” but “only remotely produced talk shows, along with daytime soap operas including CBS’ The Bold and the Beautiful and The Young and the Restless, have resumed shooting. NBC’s Days of Our Lives is scheduled to restart production Sept. 1.”

Yet reality TV is forging ahead.

The Tenderloins would be filming a new season of Impractical Jokers “is set to resume production on Season 9 in late August,” truTV announced this week. Ad that’s not the remotely-filmed Impractical Jokers: Dinner Party, which is also coming back for 10 more episodes.

And its cast will return to the Jameela Jamil-hosted TBS show Misery Index, which will be “[b]eginning production this fall,” WarnerMedia announced.

And Owen also reported that Lifetime’s Marrying Millions “resumed June 30 with precautions in place,” including testing. Its star, Nonie Creme, said the production is “very strict. It’s good, it’s for the best.”

Restaurant: Impossible is turning its filming challenges into part of its episodes, which revisit restaurants from past episodes. Part of the episode is a recap of the previous episode, but Robert Irvine also visits restaurants in person. While everyone wears masks, they also take them off. “You can’t take your masks off. We’re distanced—we can’t get to each other. We’ve got plenty of distance,” he told the two owners of the restaurant Loyd Have Mercy.

Except they were indoors, sitting across a long table from each other. And in other episodes, Irvine has been in kitchens, unmasked, cooking, talking, eating. My anxiety spikes while watching the precautions fall away.

The CDC says “it’s important for everyone to wear masks in public settings and practice social distancing (staying at least 6 feet away from other people).” Notice the and there—masks plus distance. And the emerging science suggests that the virus may be airborne, which would make this even more dangerous.

Running Wild with Bear Grylls—on which Bear has taken celebrities on a day-long journey across a pre-planned route complete with staged dead animals—just filmed an episode in Iceland.

During a virtual press conference as part of CTAM’s press tour, National Geographic Channel hosted a panel of showrunners talking about filming during Covɪd-𝟷𝟿, and I asked them this: “Why exactly have you been filming in the middle of a pandemᎥc? Couldn’t these shows wait until next year?”

Uncharted showrunner Jon Kroll said they “really wanted to get back to work, and so we actually started a dialogue some time ago with [NatGeo executive Michelle Upton] and the people at Nat Geo about how we could do that safely. Yes, we could wait ‘til next year. We wanted to go back to work, and we wanted to do it if we could figure out a way to do it safely, and she worked with us and with some outside military infectious disease specialists to come up with a plan—that we felt we could do so.”

Upton added “that National Geographic and Disney are partnering together on a weekly basis to vet all of these productions prior to them going out in the field. … Our number-one priority is to keep all of our talent and crews healthy and safe, and with going through the details of each show location, you make sure that best practices, health and risk assessments from the production companies are in place.”

Kroll said that his show “had one crew member who did not want to go out into the field, which we completely respected, and we will welcome that crew member back when the time comes that allows for it.”

He said that their filming locations are “we think, relatively safe places—because of the remoteness of them.  So, there’s not much we can do about someone who doesn’t want to come back to work other than keep the door open for them.”

For me, that just points out the folly and theatre of so many of these safety protocols. While scientists’ knowledge of this illness has evolved, we’ve known for a while now that people can be asymptomatic and spread the virus around, so temperature-taking and wellness checks are ineffective.

A lot of these precautions seem like what productions—and schools, and businesses—should have been doing now had we gotten this thing under control and flattened the curve.

In the United States, we did not. The curve is not flat. The virus “defeated America.” As Ed Yong writes in The Atlantic, “the U.S. squandered every possible opportunity to control” it, yet “everything that went wrong with America’s response … was predictable and preventable.” Yong’s story details just what failed and why.

But we are acting as if things are normal: sending kids and teachers back into schools, eating at restaurants, and now, filming reality shows.

If someone does get sick because of one of these productions, will we even know? Reality TV is such a closed system, in part because it’s produced by non-unionized freelancers who need their next job and have no reason to challenge their bosses or go public. Are we just going to trust what networks and production companies tell us, like when they do their own internal investigations and clear themselves of any wrongdoing?

Just this week, a ViacomCBS-owned news station wiped videos off the Internet in which host Julie Chen Moonves said, live on air, that more than one Big Brother cast members tested positive.

Maybe reality TV just values human life less than scripted shows with actors who have agents and other people looking out for their best interests.

Look, I love reality TV, and I want to be able to watch Shark Tank this coming year, and criticize Gordon Ramsay for traipsing around the world and acting like an ass, and marvel at The Masked Singer’s gorgeous costumes and its panel’s astoundingly bad guesses. I’d like to watch a new season of American Ninja Warrior and imagine what it’d be like to have upper-body strength.

I also want the people who produce reality TV to have jobs, and to be able to pay their rent and live comfortably. I want them to be able to express their creativity, and to provide entertainment to millions of people.

But I also don’t want anyone to die as a result—not a cast member nor a producer nor a crew member, or any of the people that all of those people come into contact with.

I don’t want the first death during production on an American reality show to have been completely preventable, and the result of impatience and a broken society that values entertainment and money over human life.