Dodgeball Thunderdome will pummel you with its awfulness

Everybody wants their own Holey Moley or Floor is Lava, and now even Discovery Channel has an entry: Dodgeball Thunderdome, a show so pathetically bad it seems like it’s a parody. Since it was filmed this summer, camera operators and crew are visibly wearing masks, and I’m in disbelief that people’s lives were actually risked to film this shit. Discovery would have been better off just paying the crew and setting the rest of the money on fire, which would have been a very tiny fire based on how cheap the show looks.

My love for fun, ridiculous competition shows—especially where people bounce off things—is well-documented. Some succeed, like ABC’s Holey Moley and Netflix’s Floor is Lava, while others work well enough, like Fox’s Ultimate Tag (a considerable improvement over other arena-based shows). So I tuned in to Dodgeball Thunderdome (Discovery Channel, Wednesdays at 9) hoping to see another childhood game evolved into large-scale reality TV entertainment.

Dodgeball has been done before. In 2004 and 2005, GSN had Extreme Dodgeball, which was basically just dodgeball played by costumed and themed teams, a reality TV version of the 2004 film.

This new entry in the category is neither classic dodgeball done well, nor dodgeball used as inspiration for something big and fantastic.

It’s so bad it makes USA’s surprisingly boring Cannonball—previously the worst entry I’ve seen in this burgeoning reality TV subgenre—seem like prestige television. Cannonball offers very little, and yet it is far more entertaining and watchable than Dodgeball Thunderdome will ever be.

It does have some vaguely interesting ideas—from a joke about the blue balls, which hurt but don’t actually do anything or affect the game, to a finale where the two winners pick teams from the episode’s losing players. Also, the logo mimics Discovery’s D logo, using a dodgeball instead of a globe, and the words have the texture of a dodgeball.

Most of the execution, though, is grim.

Discovery’s show looks what you’d produce if you had no money and wanted to make a Wipeout parody. Instead of Wipeout’s big red balls, there is a third of a big red ball, on the ground, covered in grease, which provides almost no entertainment because watching someone standing on the ground leaning forward and then sliding back a little is not interesting.

The backdrops are shipping containers; the obstacles are flimsy, and just wedged into the sand of the desert where this was filmed. The obstacle course that’s used for the first round has a tire swing and a balance beam, which is real creativity at work.

The finale is set in a “thunderome,” which is neither thunderous nor a dome nor worthy of that title. It’s a pathetic reality TV challenge set piece, just scaffolding towers arranged in a circle, with some fabric draped in them that ensure they block the light from the setting sun, creating a playing field that’s a patchwork of shadow and blistering brightness.

All of this could still work, if there was any joy or wit at its center—or maybe some physical comedy, or some interesting obstacles, or absolutely anything. But no.

Holey Moley has one hole this season that was particularly poorly conceived (“Beaver Creek”), and turned its awfulness into a funny bit. Dodgeball Thunderdome probably expects us to laugh, and even has replays, but those moments don’t have anything to offer. Its three rounds of game play that blur together and are edited in a way that makes sure you can barely follow what’s happening.

Because all shows in this genre think they need constant commentary, David Dobrik, a YouTuber, and Andrew Hawkins, a former NFL player, host Dodgeball Thunderdome. They do so in front of the world’s most obvious green screen, lit in a way that makes sure we know they’re nowhere near the actual sunlit set.

Their commentary is devoid of energy except for Dobrik’s visible nervousness. I’m not familiar with Dobrik’s YouTube work, but whatever charm he has isn’t translating here. I was not a fan of being screamed at by Floor is Lava’s host/commentator, Rutledge Wood, but at least he had personality and a point of view. And this will make you appreciate The Miz’s work on Cannonball.

Dobrik describes one missed shot as “almost worthless,” even though it was actually completely worthless, just like Dodgeball Thunderdome. It’s more painful than being pelted in the face with dodgeball after dodgeball, though at least those would leave some kind of mark. 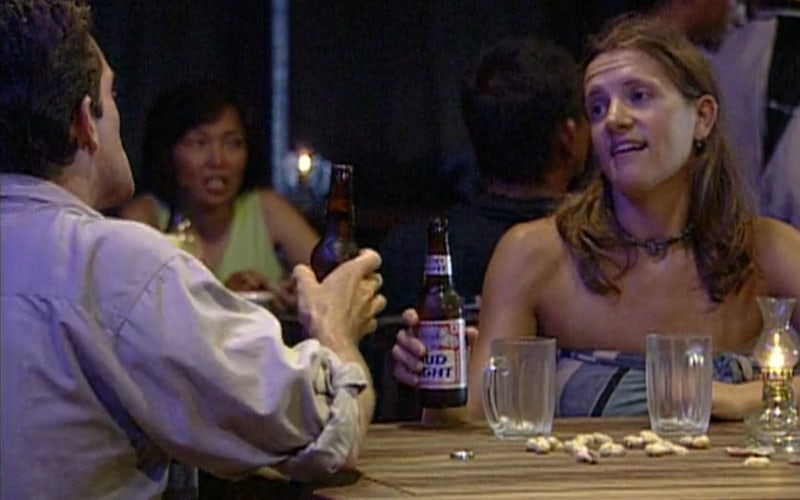 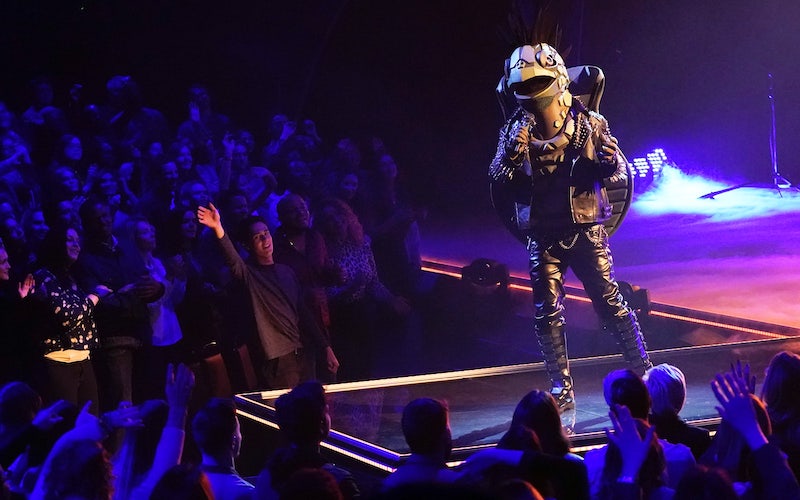 Next
Masked Singer will fake its audience—even more than it already did
Click here to cancel reply.