America’s Next Top Model host and producer Tyra Banks will be the new host of Dancing with the Stars, when it returns for season 29. She replaces host Tom Bergeron, who was fired Monday along with co-host Erin Andrews.

ABC announced this at 12:05 a.m. ET early Wednesday morning, having planned to announce it on Good Morning America. ABC sent an embargoed press release Tuesday some journalists, but sent the release at midnight after someone published the news. ABC did not announce a new co-host.

“I’ve been a fan of ‘DWTS’ since its beginning … The fun mixed with raw emotion, seeing celebrities push past their comfort zones, the sizzling dance performances … it’s always transported me to my days of turning it up 10 notches on the catwalk. Tom has set a powerful stage, and I’m excited to continue the legacy and put on my executive producer and hosting hats,” Tyra said in a press release.

ABC’s press release acknowledged Bergeron and Andrews’ departure, but also did the Hollywood thing, which is to pretend that a firing was a mutual decision or an amicable departure. Its subtitle said “After 28 Seasons, Tom Bergeron Passes the Baton,” and the first sentence said “Tom Bergeron will exit”—both of which make it sound like he’s leaving because he wants to (he’s not).

BBC Studios produces the show, and its GM of LA production, Valerie Bruce, said in the press release “Tyra Banks is an icon whose powerful presence, trademark confidence, and industry-leading achievements inspire us. We are proud to partner with ABC to welcome her as the new host of Dancing with the Stars. This represents a landmark moment in our 28 seasons producing Dancing with the Stars as we take this iconic show in a new creative direction. We offer our sincere thanks to Tom and Erin, whom we will always consider part of the Dancing with the Stars family.”

Isn’t it nice to be a member of a family that kicks you out and leaves you jobless?

“Tom has been an integral part of the ABC family for nearly two decades, from hosting ‘AFV’ to ‘Dancing with the Stars’ – we are grateful for all he and Erin have done to make ‘Dancing’ a success. As we gear up for the show’s 29th season, we can’t wait to welcome Tyra Banks to our ‘Dancing’ stage. Tyra is an award-winning multihyphenate whose fierce female prowess and influence across many industries have made an indelible mark. Her fresh take on America’s favorite dancing competition will surely bring more than a ‘Smize’ to fans everywhere.”

What will Tyra’s “fresh take” be? Will she eliminate contestants by holding up photos? Will J. Alexander and Jay Manuel replace Len Goodman and Carrie Ann Inaba? Actually, yes please on that last one.

The more important question is this: Will Tyra be actually producing, or is her EP credit a title? In reality TV, an EP credit can mean a lot of different things.

Dancing with the Stars showrunner Andrew Llinares is staying, having started in that role during the all-athletes season in 2018.

Update: Tyra told Good Morning America that producers will be “keeping the stuff that we know America loves” but also said that “it’s going to be different” and “next level.”

Will Tyra’s DWTS hosting be more Top Model or AGT?

Tyra Banks is best known for creating and hosting America’s Next Top Model, which was often more about her than about about the actual contestants. In perhaps her most-famous moment on that show, when she screamed at a contestant, she switched midway through to talking about herself.

While there were elements of that Tyra when she hosted two seasons of America’s Got Talent, she was a perfectly fine host of the NBC summer competition.

Tyra took over as host of America’s Got Talent in 2017—after Nick Cannon quit, saying NBC threatened to fire him—and fit in just fine with the spectacle, which is ultimately the focus and star of AGT, which is why the changes in its judging panel and hosts aren’t as noticable.

During the finale of her first season on the show, Simon Cowell introduced a clip package of her hosting highlights by saying, “You have been actually amazing, and you’re nice,” Simon Cowell said, and then saying later, “she’s funny, compassionate.”

Her comments backstage may have sometimes been about her (comforting a crying kid, she said, “The first six modeling agencies I went to—they said no”), but she also fit in, doing what AGT expects its hosts to do, from talking to contestants backstage to that very weird thing where they stand in the wings and mimic what a contestant is doing onstage.

She only stayed for two seasons, leaving the show after its 2018 season because, as her representatives told Page Six, “Tyra’s been inundated with producing and acting requests… she wants to produce and create TV.”

What’s most jarring about Tyra coming to Dancing with the Stars is that, for 28 seasons and 15 years, it’s been defined by Tom Bergeron as its host and amiable center.

He’s part of the show’s identity, in the same way Jeff Probst is the center of Survivor. AGT had three different hosts and many changes in its judging panel, so its DNA was constant change.

But shows with iconic hosts can survive these kinds of changes. Just look at Project Runway, which I couldn’t quite imagine without Tim Gunn and Heidi Klum, but which I actually like better without them.

I think it’s also jarring to think of Tyra replacing Tom because their hosting personas are so completely different. ABC and the show’s production company, BBC Studios, are definitely going in a new direction.

The question now is how much of a makeover Dancing with the Stars itself is going to get. A shake-up has long been overdue, as the show has barely changed in 28 seasons. It’s showing its age, and its ratings are dropping.

Turning its voting system into a popularity contest and giving the ballroom a dated makeover didn’t do anything to rejuvenate it last fall.

If DWTS swaps out Tom Bergeron for Tyra Banks but keeps all three judges, including fossilized Len Goodman and one-note Bruno Tonioli, or keeps the terrible live band, why bother dumping Tom, who was frequently the best part of a creaky, aging show? Was it just too expensive to renew his contract?

But if they’re remaking Dancing with the Stars as an entirely new kind of competition, rethinking it from the ground up, Tyra Banks will undoubtedly help to define what that is.

This story has been updated to reflect why ABC announced Tyra’s casting at 12:05 a.m. ET.

Previous
Survivor is off CBS's fall schedule; Amazing Race will fill its timeslot 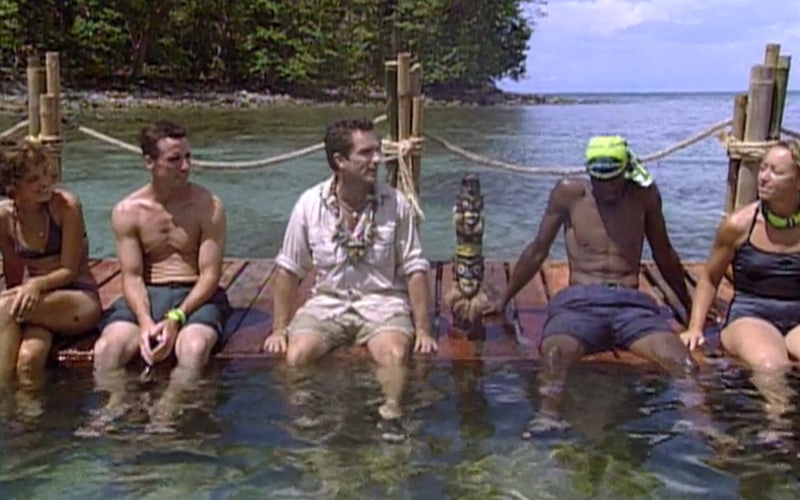