Tough as Nails is CBS’s best new reality competition in years, but it’s also quite patronizing

“No one is going home,” Phil Keoghan tells the contestants on his new CBS reality competition. What happens when a show eliminates contestants but they don’t actually leave?

This is easily the best new competition CBS has aired in years, and that’s not a slight, even though the bar that it has to leap over is basically lying on the ground. The network has had a string of competition duds, from the surprisingly boring Million Dollar Mile to a pathetic attempt at an America’s Got Talent clone. Love Island was a success, but also a very thin competition, with purposefully silly challenges.

I appreciate reality TV’s efforts to humanize people who are typically not given attention on prime-time TV, like those in less-visible, less-valued jobs. That works best when a show just casts someone, like truck driver Sue Hawk on Survivor: Borneo, or profiles them, like on Discovery’s Dirty Jobs.

It works least well when it’s used to artificially lock them into arbitrary categories, like Survivor Worlds Apart, which separated its cast into three tribes: white collar, blue collar, and “no collar,” which should have been the first indication that these divisions were ridiculous.

The divisions start to get ridiculous really quickly on Tough As Nails. In the first episode, Phil says in the opening narration that the show is “about America’s toughest workers who wear the callouses on their hands as a badge of honor, sweating on factory floors instead of gym floors, and wearing work boots instead of workout shoes.”

Wait, factory workers never go to the gym? Later, Phil has everyone hold up their hands and show off their callouses. Melissa, a farmer, says, “These were not made on the gym, guys. They were made on the farm. These callouses are real.”

Callouses from a gym are not real? Why must this become a callous war? People who sit in call centers all day providing tech support or customer service are also doing tough, thankless work, too—just look at what life is like for social media moderators. Would it be more impressive if they ran their hands over a cheese grater all day while helping you return your online purchase?

The show seems to actually knows this: among its cast members are a welder, a roofer, an iron worker, and a firefighter. But there’s also a NASA diver who works on an Alaskan fishing boat, and an airline gate agent.

Yet it persists with the “they’re better than you are” messaging—and it puts blue-collar workers on a pedestal without acknowledging how much they’re shit on, starting with their wealthy employers (i.e. Amazon warehouse workers). The contestants have to wear respirators while shoveling coal, offering a perfect opportunity to talk about the physical costs of that work. Yet while Phil mentions sustainable energy, there’s zero mention of the effect the job has on people.

Creating an us versus them story is at the worst in the theme song, which thankfully doesn’t show up until episode two. It’s so insipid and conspicuously dumb that it sounds like parody (sample lyrics: “I was born ready to honor this land/to slug it out and understand”; “People go to school / spend the money / on fancy degrees / but that ain’t me”).

This is also so brazenly condescending—and I don’t mean to the people who get degrees or go to gyms, although shitting on them is unnecessary. It’s condescending because celebrating these workers doesn’t go beyond inspecting their callouses, at least not in the first two episodes that I’ve seen.

Thankfully, once the show gets past its need to announce its purpose and congratulate itself—Look at us! Hollywood loves blue-collar workers!—it has a strong competition at its core.

The challenges are designed to mimic real-world work, from constructing railroad tracks to finding an alternator in a junkyard. (Many of them also offer perfect opportunities for product integration, though it’s more organic than usual.) Not all of these tasks are common, of course; the contestants also shovel coal, which Phil Keoghan notes still happens, though the coal industry is collapsing, as it should, considering its contribution to climate change.

The jobs are facsimiles and artificially constructed for the show, and so far, none of Tough as Nails‘s challenges connect directly to any contestant’s expertise, so there’s an even playing field.

Three of the first five challenges require endurance and varying kinds of strength. The second challenge, which is used to find the second team captain, prioritizes quality of work, and I hope we see more challenges that are about precision rather than speed or muscles.

Even the strength challenges, though, require some skill and strategy, like deciding how many heavy bags of cement to put in a wheelbarrow before navigating a thin beam.

The real thrill of the format, though, is how those challenges are used.

A reality competition where the losers stay, and can keep winning

The first episode of Tough as Nails (CBS, Wednesdays at 8) has two individual challenges; the winners become team captains, choosing their teams.

After that, starting in the second episode, there are three challenges in each episode:

While the loser of challenge three is eliminated, and cannot win the $200,000 grand prize, they do not actually leave. They remain a member of the team, and keep competing in the team reward challenges.

It’s also interesting to see how they approach the team challenges. Before the first one, the teams each choose a leader, which goes rather swiftly and effortlessly compared to how these things usually go on reality TV. And if anything, the contestants actually want more leadership. Melissa, a farmer, says, “There should be one voice directing us on what to do and how to do it.”

How they work together, and how being eliminated affects that, is something I’m looking forward to seeing. And ditto to the effect of being eliminated yet still participating. How will that play out? Will the eliminated contestants still contribute fully to their teams, because they want to win cash? Will they feel alienated or unmotivated?

Few competition reality shows have ever attempted keeping their eliminated players around—only a handful of examples came up when I asked about it, and they were all very different kinds of games, like Fox’s Unanimous, which required all contestants to decide on the winner unanimously. Imagine if the evicted Big Brother houseguests just kept living in the house and competing in reward challenges!

Unlike those shows, Tough as Nails is not primarily a social game—at least, not yet; perhaps there are surprises to come, perhaps not—so the challenges are the focus.

Most of the first two hours are filled with non-stop competition, though there is some stopping for callous discussions and for a slick slow-motion shot of 12 professional mason workers walking onto the set in a triangular formation, led by the “Spec Mix Bricklayer 500 world champion,” all set to the wails of an electric guitar on the soundtrack. There’s no other show on which you’ll see that.

The challenges are varied: one-note (shovel three times your body weight in coal into a bin; lay bricks one quarter of an inch apart), multi-stage tasks (power a hand car down the track, pick up a tool, repeat three times), and complex problems to solve (lay track, line it up, and then secure it with bolts and rail spikes). They emphasize everything from problem-solving to endurance.

In his role as host, Phil Keoghan projects his best empathetic, supportive self. Phil is more of a presence than he is on The Amazing Race, because he’s on screen for nearly the entire episode, and is mostly charming. The notable exception is his play-by-play, which is unnecessarily Probstian, full of shouted exposition and unnecessarily acerbic comments, especially during the first challenge. But Phil also congratulates every single player, regardless of when or where they finish, and seems invested in them as people.

As to those players, Tough as Nails has been well cast: it’s a quite likable group with a wide range of ages and experience. They defy the stereotyping that their own show wants to do; the firefighter, for example, used to work at a gym. (But did he get real callouses?!)

As the season unfolds and we get to know the contestants more—they’ll all be there, all season long—I hope the editing cuts back on its clumsy, needlessly provocative messages, about how they get their hands dirty and therefore are better, and instead lets us see them and their jobs in full, complete ways. How much abuse does the airline ticket agent handle on a daily basis? How much does she even get paid? Do those with dangerous jobs have to sacrifice safety just to get the work done? What kind of benefits do they have?

If CBS really wanted to “[celebrate] everyday Americans, who roll up their sleeves and don’t think twice about working long hard hours and getting their hands dirty, in order to keep their country running,” it’d send them to Love Island’s villa in Fiji for a nice month-long, all-expenses-paid vacation, instead of making them do more manual labor.

But it has given them—and us—a competition with entertaining challenges grounded in reality, and an unusual structure that won’t just dispose of cast members each week.

Americans love to honor front-line and essential workers, as long as that doesn’t mean actually doing anything for them like paying them more, because that might mean things will cost more, or investors will make less, or we’ll have to change our behavior in some way.

So while we say we honor them, we actually just shuffle them off to the background, where we don’t have to be reminded of all the inequities. Tough as Nails could be an effective way to entertain people while educating them about the reality of essential jobs, but it may not have the strength to do that.

Previous
These reality shows and hosts are eligible for Emmys 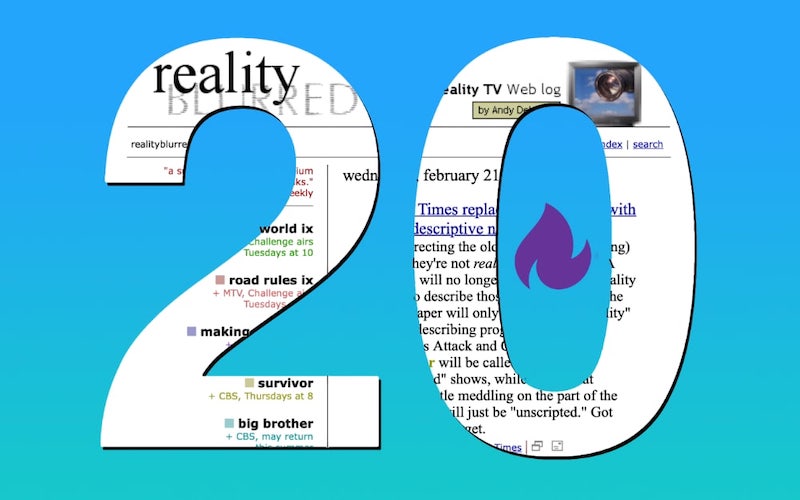 Next
reality blurred is 20!
Click here to cancel reply.