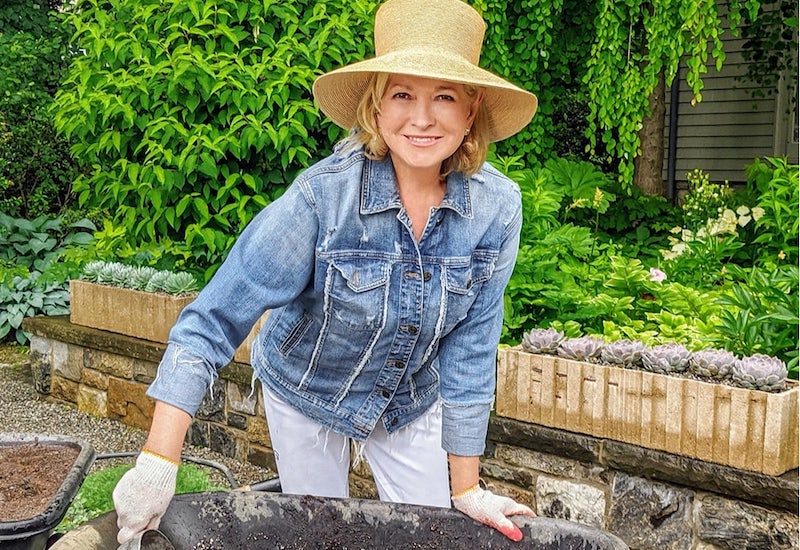 RuPaul’s Drag Race All Stars 5 has concluded, and now viewers in the U.S. can watch Canada’s Drag Race free (Logo, Mondays at 8). We’re about a month behind the Canadian broadcast, so be careful if you start searching the Internet!

Martha Stewart moves from Food Network to HGTV for Martha Knows Best (HGTV, Fridays at 10), on which “she completes a variety of beautiful outdoor projects” at her farm in New York. And if it’s anything like Bakeaway Camp, which was also filmed in that same area, she’ll look bored the entire time.

And HBO Max will stream the Channel 4 series The Dog House (HBO Max, Thursday), which follows the staff at an animal shelter.

Netflix premieres two new series, Connected (Netflix, Sunday), which is about “the surprising ways that we are all inextricably linked to one another,” and Inside the World’s Toughest Prisons (Netflix, Wednesday), which is self-explanatory. And The Last Narc (Amazon, Friday) tells the story of the 1985 murder of a DEA agent.

The final season of Last Chance U (Netflix, Tuesday) follows the team at Laney College.

In ghost reality TV, Jack Osbourne returns with a new paranormal reality series, The Osbournes Want To Believe (Travel Channel, Sundays at 10), on which he tries to turn his parents into believers, which is a sentence that it’s difficult for me to believe.

The Go-Gos (Showtime, Friday, July 31, at 9) profiles the band, which the network notes was “the first all-female band to play its own instruments, write its own songs and soar to No. 1 on the album charts.”

People who can solve Rubix Cubes very, very quickly are the subject of The Speed Cubers (Netflix, Friday).

Hiroshima and Nagasaki: 75 Years Later (History, Sunday, Aug. 2, at 9) is a documentary about the use of nuclear weapons at the end of World War II. History Channel says the film has “never-before-seen archival footage, long-suppressed color film from the immediate aftermath of the bomb and audio testimony from victims, to provide a highly personal understanding of the most devastating experiment in human history.”

Different versions of Earthflight have aired in the U.S. before, condensed on Discovery Channel and with different narration on PBS, but now BBC America is bringing the original to the U.S. (BBC America, Saturdays at 8). Each episodes shows a different continent from the perspective of birds flying above it.

Elizabeth Smart: Finding Justice (Lifetime, Sunday, Aug. 2, at 10) will have Elizabeth Smart interviewing kidnapping survivor Candra Torres, who was 16 when she went camping with her 21-year-old husband, who was murdered by her eventual kidnapper. Her story is becoming a Lifetime movie, A Murder to Remember.

United States of Conspiracy (PBS, Tuesday, July 28, at 10) is a Frontline documentary about the proliferation of conspiracy theories that have now become mainstream.

The 26-year-old mayor and first Black mayor of Stockton, California, is profiled in the documentary Stockton On My Mind (HBO, Tuesday, July 29, at 9), which “follows Tubbs’ efforts to reverse the fortunes of a city known as one of the poorest, most violent and least literate in the nation,” according to HBO.

Advocate (PBS, Monday, July 27, at 10) follows an Israeli attorney, Lea Tsemel, who PBS says is known “for her decades-long defense of Palestinians who have been accused of resisting the occupation, both violently and nonviolently.”

Family of Us: A PBS American Portrait Story (Sunday, Aug. 2, at 10:30) is based on viewer-submitted stories, as “[f]amilies of all shapes and sizes give us a look into their lives, revealing how we value our families now more than ever,” PBS says.