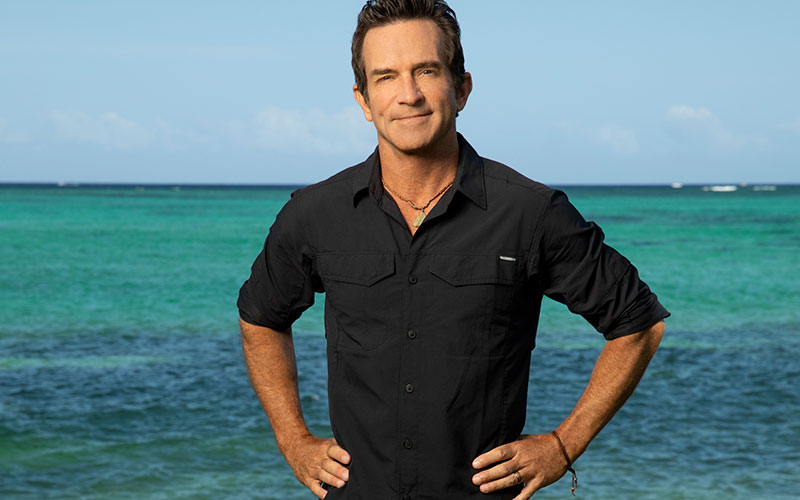 During the finale of Survivor: Winner at War, showrunner and host Jeff Probst said, “We’re committed to being on in the fall with our 41st season.” That optimism was hopeful but it now seems increasingly unlikely that will happen.

That’s because Survivor season 41 will not be filming any time soon, at least not until September. The show does not even have a production plan in place to film in Fiji (or elsewhere).

Inside Survivor’s Martin Holmes reported that his sources said “season 41 will not begin production until AT LEAST September, and even that remains up in the air.” There are no crew members on location now doing any kind of pre-production.

Even if Survivor was able to start production Sept. 1, the game wouldn’t conclude until the second weekend in October, and it’s highly unlikely they’d edit the season while producing it. Right now, they know the arc of the season when they start editing episode one. During a normal year, Survivor usually has almost five months to complete post-production, although it may not take that much time.

“Filming dates are tentative for the next two seasons. They will be the end of April for Survivor 43 and the first week of June for Survivor 44. The time commitment for filming and travel is about 46 days.”

What’s notable is that 43 should be filming in March, April, and May, if the show was following its typical schedule, but that schedule has it filming when season 44 would normally film.

That makes me wonder if they’re planning to film season 42 next spring—though three seasons back-to-back would be tough. It’s also very possible that delayed start for season 43 is just to give themselves the possibility of a break between 42 and 43, since the production dates for 41 and 42 are unknown at this time.

Jeff Probst did a quick interview with The Hollywood Reporter, in which he talked about going back into production, which was originally supposed to happen in mid-May, although that was dependent on the world returning to normal, which it has not.

“Shooting in a foreign country is exponentially more complicated, and we are still exploring them. I’m on the phone every couple of days, either with the government of Fiji or with our executive teams that are in charge of logistics and planning,” Probst said. “We’re continuing to lay out ideas. We don’t have a plan yet.”

That does not bode well for having a season on this fall.

Jeff also seemed to dismiss the idea that the show would just film in the United States, which has been floated as a possibility, but as I’ve written before, would be prohibitively expensive.

“It’s what we’re spending all our time doing because it’s not like we’re going to Atlanta to shoot a show,” he said, referring to the city that has hosted shows from Married at First Sight to The Avengers, thanks to Georgia’s tax breaks.

Fiji’s tax breaks are still much more generous, and that’s why Survivor basically lives there now.

There’s a comical statement from THR’s interviewer, who says, “Fiji, where you’re filming next,” as if Survivor doesn’t always film there now, and hasn’t been filming there for five years now. That’s a bit like saying, The United States, where California will be…

Probst did say that Fiji wants the production to return, though they also want to protect their country: “They have figured out how to handle it, and they just want to ensure that when we come shoot there, we don’t change that. We’re working together with them, but they’ve been very production-friendly in terms of wanting it to happen,” he said.

In the interview, Jeff was not asked about Survivor’s problems with race, nor about what Black Survivor alum have been sharing and discussing about these past few weeks.

He was instead thrown a softball about “the current push for racial justice and inclusion” and “how will that impact your casting going forward.” Jeff said:

“The entire culture is in a beautiful upheaval, and our job is to respond to it to make sure that Survivor continues to reflect our culture and our behavior and how we’re interacting with each other. Everything that’s happening is going to inform the future of Survivor.”

But what about everything that has already happened on Survivor? What about your predominantly white producing team? Is there a plan for that?