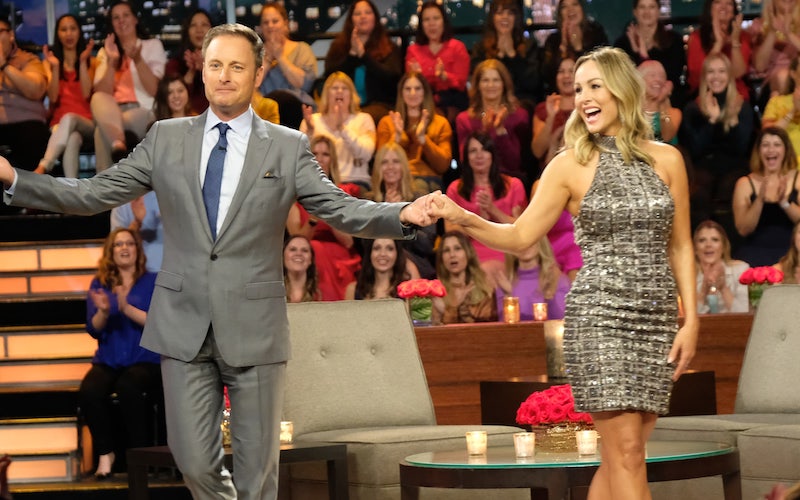 After announcing that they’d finally cast a Black man as star of The Bachelor, the producers of the ABC franchise released a statement indicating that they recognized that Matt James’ casting alone was not enough. The statement said:

“We are excited to move forward with both Matt James as the new Bachelor and Clare Crawley as our next Bachelorette. We acknowledge our responsibility for the lack of representation of people of color on our franchise and pledge to make significant changes to address this issue moving forward. We are taking positive steps to expand diversity in our cast, in our staff, and most importantly, in the relationships that we show on television. We can and will do better to reflect the world around us and show all of its beautiful love stories.”

Last Friday, exactly two weeks later, the production gave an exclusive story to Variety indicating that production on Clare Crawley’s The Bachelorette season 16 would begin soon, having been put on hold in March.

That will make it “the first major show to head back into production in the United States” by “traveling to an isolated location for the duration of production for health and safety reasons.” The new season will have “all cast and crew members living on-site,” Variety said.

It appears that the show will take over an entire hotel near Los Angeles: Reality Steve reported that the Ritz Carlton Rancho Mirage, which is in Palm Springs, is booked throughout July and August. That’s the same hotel where Trista and Ryan were married.

(The hotel’s GM told the Desert Sun, “We have no information about this happening at our resort. We do however, look forward to welcoming guests back on August 28 when we reopen.”)

They’ll arrive next weekend, and start filming a week later, according to dates Steve posted, which he noted could change.

There are still hurdles to cross: Variety reported that “negotiations with unions to re-start production are still ongoing,” and those approvals are “on a one-by-one basis, and discussions are moving quickly enough that the team behind Bachelorette wanted to be ready for when they are given the greenlight.”

But is the production ready to make its promised changes?

Lots of promises, no response yet

When Matt James was announced as The Bachelor, ABC Entertainment President Karey Burke said in the press release,

“We know we have a responsibility to make sure the love stories we’re seeing onscreen are representative of the world we live in, and we are proudly in service to our audience. This is just the beginning, and we will continue to take action with regard to diversity issues on this franchise.”

So what actions have been taken? What “significant changes to address this issue moving forward” have been made?

I have no doubt that planning for this season, which will be like no other because of an ongoing threat to the health and safety of the cast and crew, has been incredibly challenging. While making those plans, has the network and production had an opportunity to thoughtfully consider its own failures and then start to fix them? In two weeks?

I asked ABC, and was told that this is “a production question.” A representative connected me to a Warner Bros. publicist. I followed up with that person, asking what’d changed. That was midday yesterday; I haven’t yet received a reply. (I’ll update here if I do.)

Here’s what I hope is not happening: I hope that Warner Bros. and ABC are not waiting for Matt James’ season to make changes. The show doesn’t need to do better with diversity only when there’s a Black star.

The lack of a Black male lead for The Bachelor in its 24 seasons absolutely was the franchise’s most glaring and easy-to-identify problem, especially especially when it was content to cast bland white man after bland white man.

But that was only the tiny tip of the massive iceberg that is this franchise’s problems of its failures to represent society in any meaningful way.

There’s also its grotesque sexism, which has manifested in everything from slut-shaming to clinging so hard to archaic gender roles and traditions that The Bachelorette doesn’t even let its star propose to the man she’s chosen.

And of course, the franchise is an ethical dumpster fire, from its fiction-creating editing to manipulative producing, which UnReal revealed. The Bachelor’s shows don’t hesitate before throwing human beings into Bachelor Nation’s wood chipper, and hasn’t demonstrated in any way that it cares about the messages it’s sending into the world.

I agree completely, and all of those things could—and should—start with Clare Crawley’s season. For The Bachelorette 16, it’s fantastic the show has finally cast a lead who’s older (though 39 is not old), but that is not all that should change this season.

Deggans also wrote, “I remain skeptical the show will improve much,” adding that, “just like in the debate about systemic racism in policing, people have been calling out The Bachelor’s shortcomings for a very long while. It’s a shame that it may have taken a seismic debate over racism in America to finally get the show’s attention.”

I remain similarly skeptical. The show may have finally acknowledged its problems despite being told about them for years and years, but so far, there is no evidence yet they’ve done anything to change—just ABC kicking responsibility over to the production company they’ve hired to produce their biggest reality show.