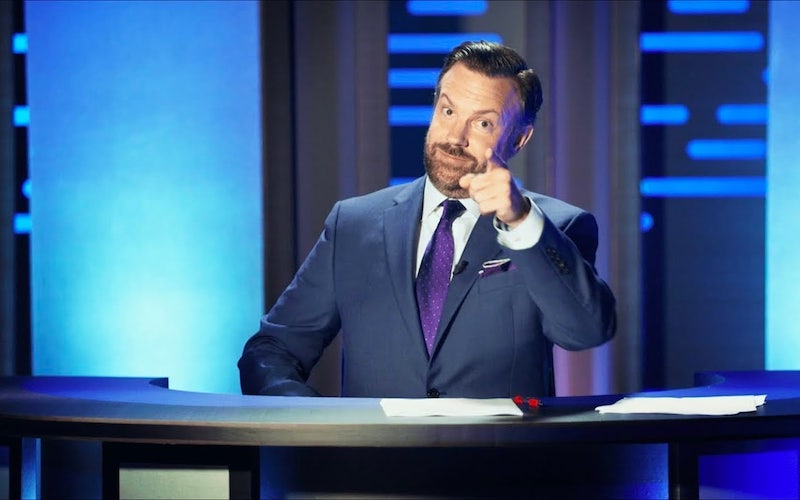 “This is humiliating. Not the poop on my face—grow up, guys. I’m talking about this: the fact that I’m making a special,” says Cole Escola (who was on Difficult People and also writes and stars on At Home With Amy Sedaris) at the start of a video he posted to YouTube. “I’m doing it alone in my apartment on my phone. I bought a fucking ring light for this! And no one asked me to do it. No one—not even my closest friends.”

Escola’s sketches would be right at home on Tournament of Laughs (TBS, Sundays at 10), a new reality competition that’s a bracketed contest between comedians who’ve recorded their own material at home. It’s a fun format even with varying degrees of laughs.

The series is not to be confused with TBS’s Celebrity Show-Off, which premieres Tuesday, is hosted by Mayim Bialik, and has celebrities submitting self-produced content. That’s is based on a South Korean show, My Little Television, and celebrities will be replaced if their content is the least-watched video online.

Tournament of Laughs is more like Food Network’s wonderful Tournament of Champion, in that it has selected 36 professionals, ranked them, and put them into a bracketed competition. The difference is that this is not taking place in a studio with an audience and a shiny-floor stage, but instead it’s made for 2020: a stay-at-home, DIY comedy.

There is, however, a host and, surprisingly, even a studio: Jason Sudeikis hosts from behind a small desk, alone, where he introduces comedians and jokes about what we just watched. The transitions are a little clunky, and not as seamless as what American Idol pulled off with its filmed-at-home performances.

Half the comedians perform in the premiere, and the other half in episode two. Viewers vote, at TournamentofLaughs.com, for the winner in each match-up, and that will continue until there are just two comedians left. Then, an as-yet-to-be-named “expert comedy panel” will pick the winner.

Tournament of Laughs has a decent roster of comedians, including Margaret Cho, Gilbert Gottfried, and Natasha Leggero. You may recognize Piff the Magic Dragon and Preacher Lawson from America’s Got Talent, from back when AGT had actual acts.

The comedians have submitted everything from sketches to songs, characters to advertisements. The acts that are paired against each other aren’t doing the same thing, so it can be like comparing apples to Chiptole burritos. In some cases, it’s like comparing Chipotle burritos to gum that has been chewed for days: fresh versus tired.

That’s because the quality of their submissions, never mind the comedy, varies wildly. Some people are clearly filming themselves on shaky, blurry iPhones, while Michael Rappaport submitted a (wildly unfunny) sketch that appears to involve a location shoot and at least three other people—his assistant, another actor, and a camera operator.

I’ve long been a fan of Margaret Cho’s, but was really disappointed in her contribution, while Gilbert Gottfried surprised me by enlisting his kids, Lily and Max, to help with a sketch/stand-up routine that has an ending you’ll see coming but still works.

I found myself laughing the most at comedians I didn’t know before watching: Sarah Tiana doing a roast of the objects in her living room, or Jessica Kirson prank calling someone using a child’s voice.

The disparity is actually what makes it interesting: the effort, the creativity, and the jokes are all right there for us to judge—oh, and we get to judge.

Sitting in judgement and being able to affect the game? That’s a fine summer reality TV show.

Tournament of Laughs comedians and the initial bracket

Here’s the initial bracket of the 32 comedians, which starts with the show’s amusingly titled miscellaneous category: