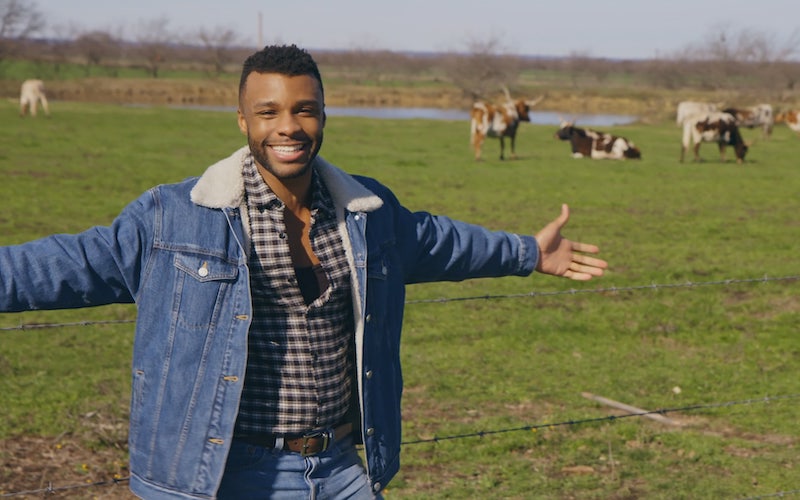 Pose's Dyllón Burnside on PBS's Prideland, on which he travels around the south to explore the lives of LGBTQ+ Americans (Photo by Eric Billman via PBS)

The summer 2020 schedule includes premieres from last week such as new seasons of Bravo’s Below Deck Mediterranean, VH1’s RuPaul’s Drag Race All Stars, and Netflix’s Queer Eye, and new series such as Food Network’s Summer Rush.

It’s definitely a thinner list than in past summers, in part because there are so many unfilmed shows and question marks. But networks also have plenty of shows ready to go.

It’s Pride Month, and PBS has launched a new digital series, Prideland, which follows Pose‘s Dyllón Burnside as “he guides viewers into the South’s various LGBTQ+ communities, connecting with people of different backgrounds, locations, experiences, and points of view,” according to PBS.

Prideland is streaming and online—and, of course, free. And there’s a companion special that will be on TV this week, which has the same name: Prideland (PBS, Friday, June 12, at 9).

Because the new season of The Bachelorette couldn’t be produced, ABC is instead airing The Bachelor: The Greatest Seasons — Ever! (ABC, Mondays at 8), which will look back at the franchise, recapping entire seasons in one episode.

Buddy vs. Duff 2 was a hit for Food Network—and is now leading into a night of shows hosted by its stars. Duff Takes the Cake returns (Food Network, Mondays at 10) with Duff and his team making “cakes for deserving people celebrating milestone events.”

Before that is Buddy’s show, Big Time Bake (Food Network, Mondays at 9) a competition on which contestants have to complete three tasks while the clock continues to run. I assume contestants who lose will storm off the set and then be invited back to win next time.

The new game show Don’t (ABC, Thursdays at 9) is hosted by Parks and Recreation‘s Adam Scott, who gives contestants a single rule for each game that involves the word “don’t.”

Design At Your Door (HGTV, Thursdays at 9) follows homeowners who get sent stuff from HGTV designers and then film themselves redesigning their spaces.

One of my favorite shows of 2019, Dating Around, is back with a new season, on which single people date multiple people over several nights—but that’s edited to seem like it all happens in one night. The new season was filmed in New Orleans.

A scripted series about a zombie invasion on a Brazilian reality show premieres Wednesday. It’s called Reality Z, and it’s based on the 2008 UK miniseries Dead Set.

Ringside (Showtime, Friday, June 12, at 8:30 was filmed over nine years in Chicago, following “two boxing prodigies and follows the divergent paths they take as they navigate life’s uncertainties,” according to the network.

Helter Skelter (EPIX, Sundays at 9) tells the story of the Manson Family murders.

Prince Albert: A Victorian Hero Revealed (PBS, Sunday, June 14, at 8) explores his “significant influence on British culture, government policy and even international relations,” according to PBS.