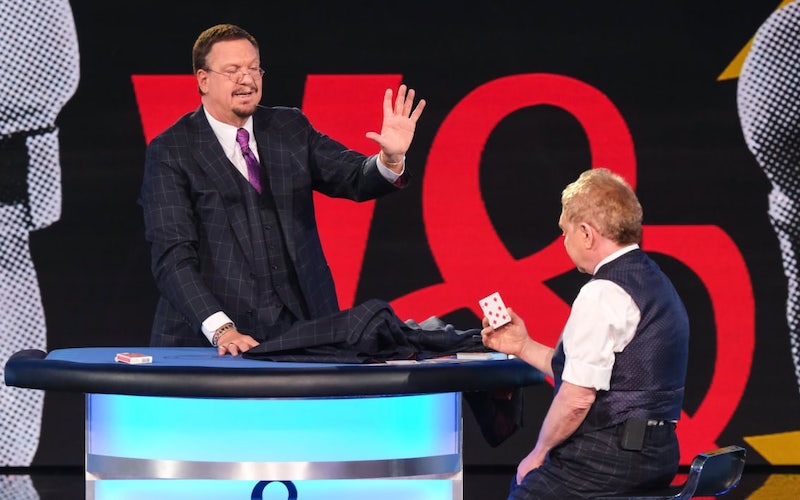 About a dozen new and returning reality shows will make their way to TV and streaming platforms this week, and they’re all included in the preview below. But they don’t include one the summer’s biggest shows.

In a normal year, Big Brother 22 would be premiering this week. But it’s not, as production has not yet been able to resume.

CBS has been optimistic about eventually producing the season, aiming for later in the summer. The season will reportedly feature all-star contestants. But there has been no public statement or announcement about a premiere date, and with cases spiking in L.A., that may not be soon. Okay, on to the shows that are premiering!

Last night, TBS premiered Tournament of Laughs, a bracketed competition between comedians, and this week, it premieres a similar show: Celebrity Show-Off (TBS, Tuesdays at 10). The celebrities—actors to athletes—create their own content at home, and whoever’s work is viewed the least online will be replaced. Mayim Bialik hosts.

Another remotely-filmed show, Hot Mess House (HGTV, Wednesdays at 8), will have people organizing their homes with the help of an expert, Cassandra Aarssen. (Isn’t the fun/point of going on a show like this having someone else do all the work for you?)

Netflix has a show called Ugly Delicious, on which David Chang travels the world and looks in-depth at food. Netflix’s new show Crazy Delicious (Netflix, Wednesday) is the opposite: a competition that takes place on a ridiculous set that’s themed to be “a magical edible forest,” which becomes the contestants’ pantry. The judges, aka “Gods of Food,” include the always-awesome Carla Hall.

True crime writer Michelle McNamara spent years investigating the Golden State Killer, and while she died two years before he was arrested, her work was published and now her efforts are being turned into a documentary series: I’ll Be Gone in the Dark (HBO, Sundays at 10).

In between its repeats of Ridiculousness, MTV will premiere a new show, Revenge Prank with DJ Pauly D and Vinny (MTV, Thursdays at 9), on which the two Jersey Shore guys help someone who was pranked in an viral video get back at the person who pranked them.

Ministry of Evil: The Twisted Cult of Tony Alamo (SundanceTV, Mondays at 7) explores a couple who the network says “came to wield unimaginable power, becoming millionaires on the backs of their believers.”

Athlete A (Netflix, Wednesday) is a documentary that follows the journalists who broke the story about team doctor Larry Nassar’s assault of Olympic gymnasts.

A “drug company that pushed opioids by bribing doctors and committing insurance fraud” is investigated by Frontline and director Tom Jennings on Opioids, Inc. (PBS, Tuesday, June 23, at 10, and then streaming).

The filmmakers behind this year’s Peabody Award-winning documentaries have taken part in roundtable discussions that’ll be edited into a new special: Peabody Presents: Best in Documentary (PBS, Tuesday, June 23, at 8). They include dream hampton, showruner of Surviving R. Kelly and For Sama directors Waad Al-Kateab and Edward Watts.

The Lost Boys of Bucks County (ID, Monday, June 22, at 9) focuses on the 2017 disappearance of four men, ages 19 to 22, who it turned out were all murdered by the same person, Cosmo Dinardo.

Lost Pyramids of the Aztecs (Science Channel, Sunday, June 28, at 8) offers “unprecedented access to archaeologists at work on rarely seen ancient sites” and “investigators [who] seek to solve the mysteries of who the Aztecs were and how they built their remarkable empire,” according to the network.