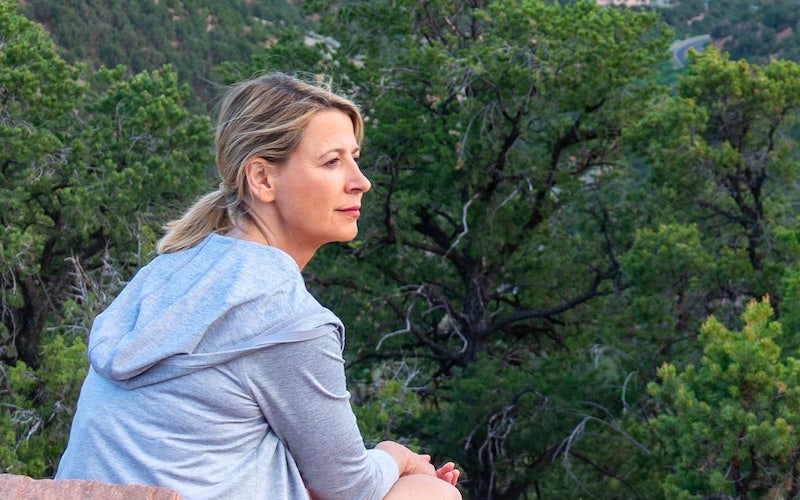 Travel show host Samantha Brown has called out the lifestyle TV show industry for a “lack of representation that has been a contributing factor on how we see, regard and respect communities of color.” She said hosting is “”an honor disproportionately entrusted to white people.”

While she’s hosted shows for Travel Channel since 1999—including Great Hotels, Great Weekends, Girl Meets Hawaii, Passport to China, and Samantha Brown’s Asia—Samantha left the network in 2017 for PBS, where she now hosts an Emmy-winning show.

Travel Channel no longer focuses on actual travel; its recent focus are shows that focus on the supernatural and paranormal. At the time, Samantha called out the network and others for their lack of female hosts, and noted the double-standard that exists.

“If I’m not getting the ratings they want, I’m pulled right away, but a male host is allowed to spend more time getting more ratings. I feel there’s more confidence in a male traveler than a female traveler,” she told Conde Nast Traveler.

Samantha went to PBS and launched Places To Love, which aired its third season earlier this year; last year, she won an Emmy for hosting it, and the show won an Emmy for Outstanding Travel and Adventure Program.

“Over the last few weeks I’ve learned it’s not enough to say I’m not racist. That’s a neutral statement. I need to be anti racist and help create small acts that lead to bigger change. What is happening is unacceptable and this is only what has been caught on camera. My kids have been learning about community. Today (and the next day and the next) I’ll be asking them what happens when people who live in your community treat others like they are not human beings? And what can we do about that? It’s a start not a finish but this has got to end.”

Today, she posted a long message to Instagram that specifically asked TV networks and viewers to do more to support representation.

Here’s the message, which started as an image (I’ve transcribed it) and continued as a caption:

I have had the great fortune of being a host of travel shows on television for over 20 years. Travel shows are in what is known as the “Lifestyle” category with other subcategories being Home and Food. My fellow TV hosts and I have a wonderful relationship with our viewers, you turn on the TV and there we are—quite literally—in your homes. We can whisk you off to Europe, help remodel your bathroom and teach you the best way to roast a chicken. From the safety of your home you watch us with your spouse, partner, children—even grandchildren to a point where you tell us it feels like we have become part of your family.

To be welcomed into your home, to be listened to and trusted is an amazing honor. But it is an honor disproportionately entrusted to white people… And it is this lack of representation that has been a contributing factor on how we see, regard and respect communities of color. ⠀

To be fair I have had this lack of diversity conversation with most of my fellow TV hosts and we are all against it. In the end it is in the hands of the TV networks making those decisions of what shows get greenlit and who hosts them.

I have been uplifted by the statements of some networks with Lifestyle programming that have come out strong and unapologetic to their viewers about how they feel about racial injustice and how they are working to promote diversity. But I would like to point out that the most important act these Lifestyle TV networks can do to create a more inclusive society is to embrace that diversity in their own programming.

Discovery, the parent company of Travel Channel, Food Network, HGTV, DIY, and other networks, posted to social media Monday saying “We stand together in solidarity against racism and violence,” and used the Black Lives Matter hashtag.

That’s similar to what other networks did—like the ViacomCBS cable channels, whose messages are great but actual programming is a huge problem.

We need more BIPOC sweeping us off to Paris, helping us choose bathroom tile and teaching us the best temperature to roast a chicken. TV networks now more than ever have an opportunity to engage with the brands and advertising companies that have put out similar statements of inclusion and fairness.

And then we as an audience need to support those shows that are a truer representation of the people in our community that deserve to be welcomed into your home, listened to and trusted. This is a start not a finish and we have a lot of work to do.