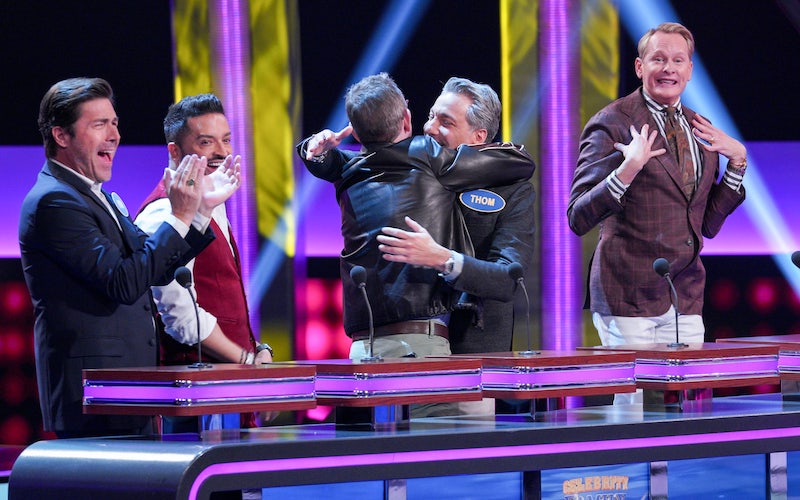 While there was a hint of summer in last week’s reality TV premieres, the floodgates open this week, with more than 20 new series or returning series arriving on TV and streaming.

And there’s a brand-new streaming service, too: HBO Max, which launches Wednesday, because that isce, what the world really needs at this moment: another thing to pay $15 per month for (HBO subscribers will get it free).

Let’s start our look at this week’s premieres with HBO Max, which will launch with library content such as Friends and Anthony Bourdain: Parts Unknown. It will also launch Wednesday with two reality series: Legendary, on which voguing houses “compete in unbelievable balls and showcase sickening fashion,” and Craftopia, which the network describes as “an epic kids crafting competition show.”

On network TV, CBS has the new show Game On! (CBS, Wednesdays at 8), which looks to me a lot like Ellen’s Game of Games, just with celebrities in teams, captained by Venus Williams Rob Gronkowski.

Dwayne Johnson’s Titan Games returns for a second season (NBC, Mondays at 8) that includes new challenges and set, hopefully to improve it from what I found to be an incredibly flat season one.

America’s Got Talent (NBC, Tuesdays at 8) kicks off its auditions with a new judge, Sofia Vergara, but without a public plan for what the show will do when it runs out of pre-taped footage.

World of Dance (NBC, Tuesdays at 10), however, finished its entire season before productions shut down.

On entirely different note, ABC launches a series that “follows investigative genetic genealogist CeCe Moore” as she finds criminals via family trees. The show is called The Genetic Detective (ABC, Tuesdays at 10).

Tamar Braxton and Johnny Wright will help people whose hair was screwed by stylists by training those stylists and having them re-do hair. It’s called To Catch A Beautician and it premieres tonight (VH1, Mondays at 9).

Before a regular season of their show returns, the Diesel Brothers have a new series, Diesel Brothers: Diesel Nation (Discovery Channel, Mondays at 10), on which Heavy D and Diesel Dave interview people.

Lifetime is importing the Australian version of Married at First Sight: Australia this week, starting with season seven (Lifetime, May 27, Wednesdays and Thursdays at 9). It has a same-sex couple, unlike the American version.

Queer Eye’s original cast will face off against the new cast on the first episode of the new season of Celebrity Family Feud next weekend (ABC, Sundays at 8).

While the original Fab Five are all attending—Carson Kressley, Ted Allen, Kyan Douglas, Thom Filicia, and Jai Rodriguez—only four of the five new cast members are appearing. Instead of Karamo Brown, the show is bringing in Wesley Hamilton, who was made over by the team in season four, and will compete alongside Bobby Berk, Jonathan Van Ness, Antoni Porowski, and Tan France.

It filmed in February, and Jai wrote on Instagram that Karamo was missing because of a scheduling conflict.

Jeremy Wade is back with Mysteries of the Deep (Discovery, Wednesdays at 10), looking at “baffling underwater mysteries.”

Vanderpump Rules has ended a season that hasn’t been well-received, at least by these two fans/critics I trust:

The end of the season means the reunion is here, and the three-part, remotely-filmed reunion starts tomorrow (Bravo, Tuesdays at 9) and continues for three weeks.

Food Network’s next celebrity special will also raise money for America’s Food Fund. It’s called Questlove’s Potluck (Food Network, Thursday, May 28, at 10), and it has “Questlove virtually bringing together some of his friends, who are all sheltering in place in their own homes” and who “will be cooking, sharing and eating some of their favorite dishes, drinks and delights,” according to the network.

ID, aka Investigation Discovery, is starting a nine-day programming stunt today, with a new premiere every night. All, of course, are focused on murders and other delightful crimes and subjects.

Speaking of Epstein, there’s a new four-episode series told from the perspective of his victims: Jeffrey Epstein: Filthy Rich (Netflix, May 27).

Easter Island is being threatened by both tourism and climate change. The island is a “microcosm of a planet in flux,” PBS says, and that’s the subject of Independent Lens’ Eating Up Easter (PBS, Monday, May 25, at 10).

A Toy Store Near You (Amazon, Friday) goes inside independent toy stores, and was filmed by the owners themselves.

Finally, Laurel Canyon (EPIX, Sunday, May 31 and June 7, at 10) is a two-part documentary about “the artists who created a music revolution,” EPIX says. Those include Jackson Browne, Don Henley, Michelle Phillips, Linda Ronstadt, Bonnie Raitt, and Graham Nash.