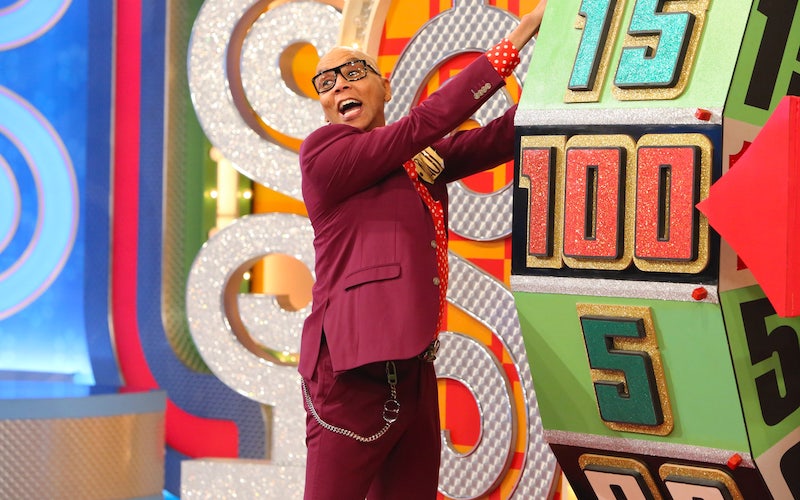 Somehow, this week will bring us the conclusion of the 40th season of Survivor. It feels like just yesterday I was in my apartment in Chicago watching that first episode; that was almost 20 years ago, and 39 finales, from Bryant Gumbel struggling to care to this year’s virtual reunion.

Before Wednesday’s three-hour finale and reunion (CBS, Wednesday at 8), explore what happens behind the scenes on Survivor and 21 burning questions about Survivor, answered.

Tonight, RuPaul will compete on The Price is Right’s latest prime-time special (CBS, Monday, May 11 at 8). He’s competing for a charity, Planned Parenthood, and will play against regular contestants, who can win prizes and cash.

Four years ago, Survivor contestants appeared on The Price is Right, and I published a fan’s behind-the-scenes story about his dad’s appearance on that episode, including their interaction with Survivor alum.

Also tonight, but on Food Network, two new celebrity-driven shows—one of which is not a competition—premiere! They are:

Also on Food Network this week: Even before this spring, many restaurants were struggling to stay open, and some got Robert Irvine’s help on a new season of Restaurant: Impossible (Food Network, Thursdays at 9).

And on its sibling network, Eddie Jackson’s show Yum and Yummer returns (Cooking Channel, Thursdays at 10).

BYUtv is premiering two cooking shows, including one BBC show:

Also on the network, Jeff’s Homemade Game Show (BYU TV, Tuesdays at 9 ET/6 PT), on which the host creates a game show out of a family’s household objects and locations.

Back with new seasons:

OWN is premiering two remotely-produced new series this week:

The World According to Jeff Goldblum—which was originally produced for NatGeo but then was moved to Disney+—will air two episodes on NatGeo tonight.

In the two episodes, which are focused on “Sneakers” and “Pools,” Goldblum “uncovers how even the simplest things have incredible, sometimes eccentric back stories,” according to NatGeo.

And he may also be demonstrating how cable networks with streaming services may fill holes of programs they weren’t able to air: by borrowing shows.

Asian Americans, Trial By Media, and 5 other docs and doc series

Several documentary series will premiere this week, starting with Asian Americans. It’s a five-episode series that will air over two nights (PBS, Monday and Tuesday, May 11 and 12, at 8).

PBS says it is “the most ambitious television chronicle of the Asian American story to date” that “delivers a bold, fresh perspective on a history that matters today more than ever.”

The streaming service CuriosityStream, which is basically offers the kind of documentary programming that Discovery Channel used to off before it was reality TV, is launching its first reality series this week.

4th and Forever: Muck City (CuriosityStream, Thursday) is about two high school football teams and their rivalry, which is considerable because, as the network says, those “two small towns in south Florida produce more pro football players per capita than anywhere else on Earth.”

Trial By Media (Netflix, today) is a look at “the most dramatic and memorable trials in recent history.”

The kidnapping and murder of a DEA agent in the 1980s is the subject of The Last Narc (Amazon, Friday).