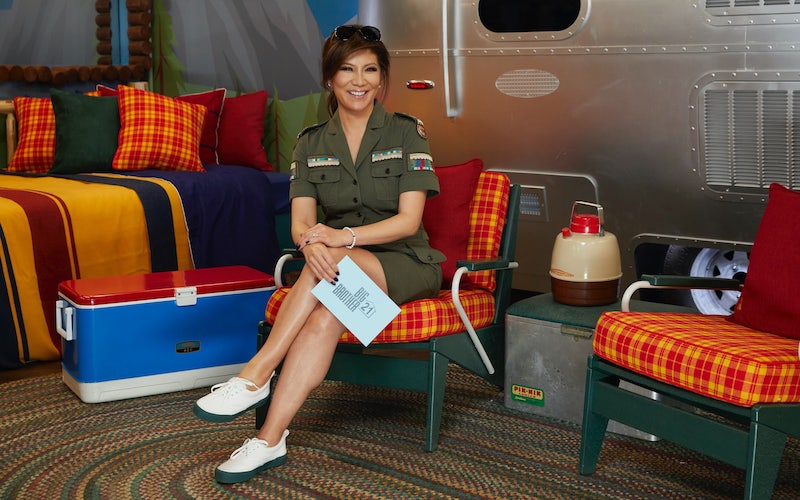 Julie Chen, who will host BB22, on the set of Big Brother 21 last year (Photo by Sonja Flemming/CBS)

Today, CBS announced its fall schedule, including Survivor and The Amazing Race, which will share a night. But before fall is summer, which would have CBS’s summer staple, Big Brother, and its returning summer series, Love Island.

What’s happening with BB22 and Love Island? CBS expects both could still return sometime this summer, thanks to their unique formats, and that the network “anticipate[s] having” both on the air. But there’s a catch.

CBS Entertainment President Kelly Kahl told Deadline that “we still hope to have [both shows] on the air this summer,” but he said that “it could be a little later than usual but we’re still optimistic about getting those on.”

There’s a reason for more optimism: both shows don’t need long periods of post-production and editing, since their formats involve quick turnovers.

“Those shows turn around pretty quickly, Big Brother has live shows every week and Love Island literally airs the night after it shoots, those shows do not have long post processes,” Kahl said.

When will BB22 and Love Island air?

Big Brother 22 would have premiered in late June, with Julie Chen returning to host, and Love Island was scheduled to begin this week, hopefully with narrator Matthew Hoffman back again.

Those airdates will be pushed back. The big question is by how much.

Deadline says that it “is unlikely that filming will be able to begin before mid to late summer.”

I’m not sure exactly what constitutes mid-summer, but late summer could be September, when Big Brother would typically conclude. BB typically has a three-month season, so a late start could carry it through all of fall.

But that actually would work very well. CBS’s scripted and fall reality shows are unlikely to premiere as early as they usually do, meaning the network will have time to fill until their comedies, dramas, and even Survivor can film and complete post-production.

In other words, it’s very possible we’ll have our usual summer and fall CBS reality shows, just debuting months later than usual. Then again, it’s also possible that CBS’s expectation that production will start this summer is too optimistic or will become impossible if the situation here and in filming locations deteriorates.

Let’s hope that’s possible. Meanwhile, there is a lot of other summer reality TV coming, including two new competition shows on CBS.