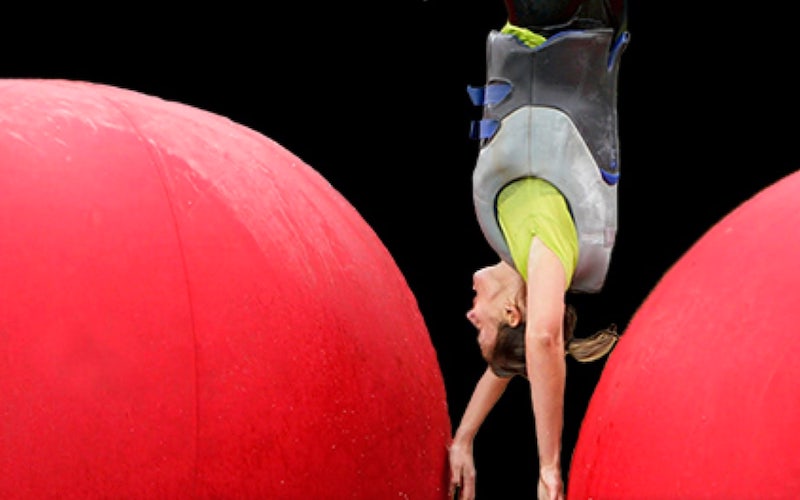 Wipeout is being resurrected on TBS, complete with the giant red balls off of which people’s bodies bounce, but it will be “a reimagined take” that will include elements of strategy, in addition to just being violently but safely flung around a cushioned obstacle course.

Wipeout first appeared on ABC in 2008, and last summer ABC had success with Holey Moley, an extreme mini-golf competition that had some very Wipeout-ish obstacles. Holey Moley returns next month, as it filmed in late winter; it’s unclear when Wipeout will make its way back to TV.

Its original creator and showrunner, Matt Kunitz, is returning to produce the new season. In a press release, he said, “In my many years of producing, Wipeout remains my all-time favorite. I am thrilled that it is returning more competitive than ever, while continuing to provide hilarious wipeouts. Wipeout is a rare show loved by both kids and adults, a true co-viewing experience. With a strong focus on comedy, there is no better network for Wipeout’s return than TBS.”

The show aired 130 episodes over seven television seasons, many of which were broken up by themed versions of the show, starting with seasons, and also including things like holidays (“Winter Wipeout: Deck the Balls”), sports (“Wipeout Bowl”), and even dating (“Blind Date”) and first responders (“America’s Finest Edition”).

How Wipeout will change on TBS

TNT, TBS, and truTV GM Brad Weitz said in the release that “Now more than ever is the time to gather family and tune-in to a fiercely wild and undeniably engaging viewing experience that mixes athletic action with hilarious antics. We are honored to partner with Endemol Shine to present a reimagined take on this universally beloved franchise that keeps audiences of all ages glued to the screen.”

The “reimagined take” is described briefly in TBS’s announcement:

“The re-imagined series will feature new format twists and elements that will push contestants’ athleticism and willpower to even greater extremes, all while delivering some pretty epic fails!

Each game has been designed into three rounds and now features a jaw-dropping, three-stage, obstacle course consisting of multiple strategy and decision points designed to further challenge, and wear out, the stamina of the competitors.

Returning to the game, an iconic staple with many surprises, are the big red balls, back with a vengeance.”

Wipeout is now casting, but not everyone can apply: Applicants “must be a resident of the Southern California area and available to shoot in Los Angeles for approximately 3 non-consecutive days during the filming period,” according to the casting site.

Those who are applying must also be U.S. residents and at least 18 years old.

It’s unclear when the show might actually be filmed or eventually air, but TBS has ordered 20 episodes for whenever that is.

However, it definitely has not already been produced. Endemol Shine North America’s Sharon Levy said in the release, “This show has truly become a global phenomenon and its popularity has continued to grow over the last decade with a new generation of viewers. We have some really unique, fun new twists planned for this version and we can’t wait to get into production.”

After premiering in the U.S., it’s been sold and produced in more than 30 places around the world.