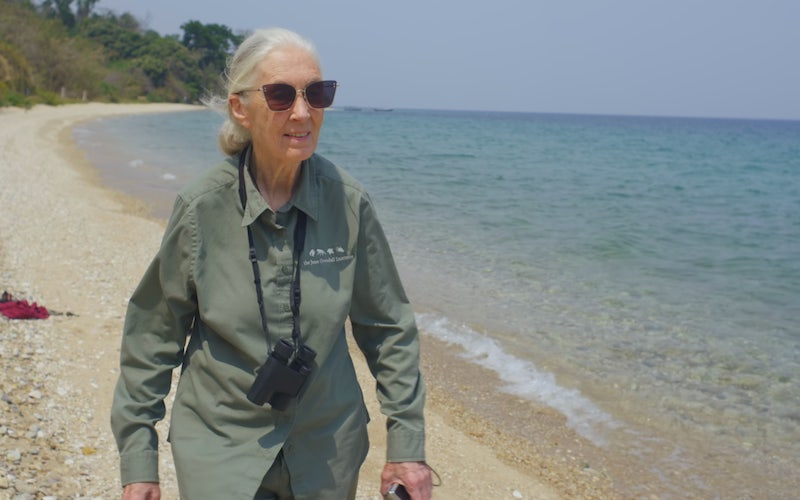 Jane Goodall, whose work and how it's inspiring young people, will be featured in Jane Goodall: The Hope (Photo by Michael Haertlein/National Geographic)

Good morning, fellow reality TV and documentary fans. I can’t believe another week has passed already, while at the same time, I’m like, It’s only been a week?! This week will bring us a celebrity version of RuPaul’s Drag Race and two shows filmed by cast members.

Also, it’s Earth Day on Wednesday, and I’ve highlighted marathons and new shows below, from a repeat of the original Planet Earth to a new documentary about Jane Goodall’s work.

Speaking of the planet, if you’re a person who’s “pissed off about the climate crisis,” like I am, I highly recommend Emily Atkin’s amazing newsletter Heated. For example, it’s where I learned that some people are using this current crisis to try to save single-use plastics. Okay, on to the reality TV!

Watch TV about the planet on Earth Day

In non-Earth day documentaries and specials:

The first of what I assume will be many reality shows show by cast members, not professional film crews, premieres tonight: 90 Day Fiancé: Self-Quαrαntined (TLC, April Mondays at 9) checks in with couples from current and previous seasons of the hit show.

Later this week we’ll get Diners, Drive-Ins and Dives: Takeout (Food Network, Fridays at 9), on which “Guy checks in with four past Triple D chefs from across the country via video-chat”; they’ll try to walk him through making one of their signature dishes.

Meanwhile, a show about people who are isolated by choice, Life Below Zero: Port Protection, ends its season (NatGeo, Tuesday at 9), the first with its new name.

The first celebrity season of Drag Race premieres after Drag Race on Friday (VH1, April 24, Fridays at 9:30), and will bump the premiere of Untucked to 11 p.m.—meaning there will be 3.5 hours of Drag Race every Friday. (Also I am still annoyed at the celebrity spin-off’s stupid name and marketing ploy.)

The night before, Bob the Drag Queen, Eureka O’Hara and Shangela Laquifa Wadle go to small towns to put on one-night-only drag shows. The show is called We’re Here (HBO, Thursdays at 9).

Americans will be able to watch a UK series on which six couples compete for a lodge in Alaska on Win the Wilderness (Netflix, Wednesday).

A new series looks at crimes from the perspective of the people who were accused, so it’s called Accused: Guilty or Innocent? (A&E, Tuesdays at 10), while another series, The Killer Truth (HLN, Sundays at 10) looks at murder cases “through the five people most intimately connected to the case,” HLN says.

Travel Channel is moving from ghosts to magic with Magic Caught on Camera (Travel Channel, Sundays at 10), which sounds like it’s about ghost magicians but is really just street magic.