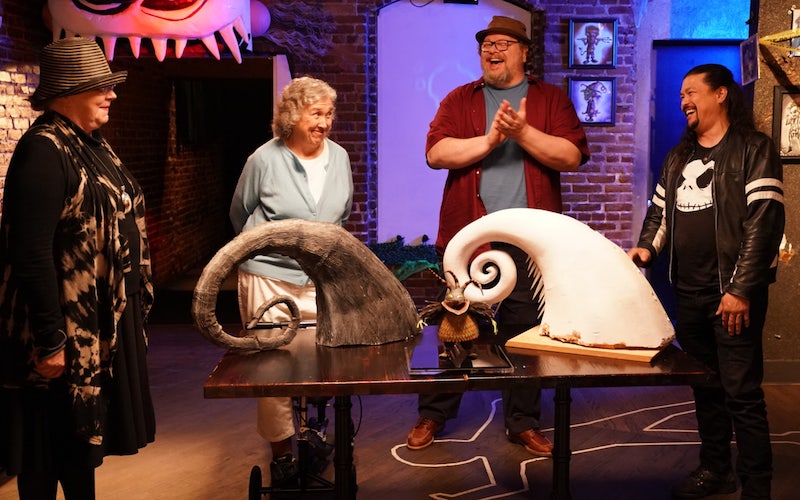 April has really come and (almost) gone, hasn’t it? It seems like simultaneously a flash and also the longest month ever. In this transition week between April and May, only seven reality shows are premiering or debuting new seasons.

There are also several documentaries coming to TV and streaming, including a follow-up to Autism: The Musical, which first aired 14 years ago. Let’s get to this week’s premieres.

Robert Irvine checks in to see how restaurants from Restaurant Impossible are coping now (Food Network, Thursday, April 30, at 9).

Great British Baking Show winner Nadiya Hussain’s 2019 BBC show Nadiya’s Time to Eat comes to Netflix (Netflix, Wednesday). The show seems like a classic cooking show, but focused on “showcasing simple but delicious recipes that won’t break the budget, and can be slotted into our busy lives,” according to the BBC.

A lot of Disney+’s reality shows have managed to be heartwarming (charming, nostalgic) and also self-serving corporate infomercials, like the cute Be Our Chef, which is hosted by Angela Kinsey.

That continues this week with Prop Culture (Disney+, Fridays), which the streaming platform describes as a reunion of “iconic Disney movie props” and the cast and crew who once used them in, or designed for, in Disney films and theme park attractions. Among those Disney properties: The Nightmare Before Christmas, Pirates of the Caribbean (the ride, not the film), Tron, and Mary Poppins.

Spy in the Wild is back with more antics of animatronic versions of animals that have cameras inside, and capture an up-close look at life for hummingbirds, Komodo dragons, and other animals (PBS, Wednesdays at 8).

Also back are two Bravo shows:

In documentary TV, Autism: The Sequel (HBO, Tuesday, April 28, at 9) follows HBO’s 2006 Autism: The Musical, which followed five kids who created their own musical. In the sequel, HBO says, “the original subjects, now in their early 20s, navigate what independence means to them as they manage challenges and triumphs as adults.”

The immunologist who discovered how our immune systems can help beat cancer is profiled in Jim Allison: Breakthrough (PBS, Monday, April 27, at 10).

PBS describes the Independent Lens documentary by noting that when Allison “began his work, immunology was not considered a true science by academicians and traditionalists. Colleagues who respected his intentions thought he was wasting his time. Nonetheless, he followed his star, never forgetting the suffering of his mother, who died of lymphoma when he was eleven years old. Jim Allison: Breakthrough traces his remarkable life from small town Texas boyhood to blazing a trail that would save the lives of hundreds of thousands of people worldwide.”

A Secret Love (Netflix, Wednesday) is the story of the relationship between Terry Donahue and Pat Henschel; Terry was part of the pro baseball league that inspired A League of their Own, a film that left out Terry’s same-sex relationship because the women had to be in the closet.

Murder to Mercy (Netflix, Wednesday) is about the 16 year old sentenced to life in prison for killing a man who’d paid her to have sex. She was released from prison last year; she’s also written a book subtitled “My Search for Redemption in the American Prison System.”

Secret of the Dead: Building Notre Dame (PBS, Tuesday, April 28, at 8) is “a major historical and scientific investigation into the construction of Notre-Dame de Paris, which began in the 12th century and was completed several hundred years later,” including its “builders of yesterday and today,” PBS says.