I have never laughed harder at Survivor than when Jeff Probst asked the remaining Survivor: Winners at War players if anyone had a hidden immunity idol to play, and Adam went up to Jeff’s podium and tried to pry off a decorative fleur-de-lis.

To a score of epic Survivor music, Adam fiddled with the podium’s decor while Jeff Probst just looked down at him, leaning on the podium like a teacher who’s so exasperated they’ve just given up. The microphones—or some clever foley—captured the sound of Adam’s attempts to dislodge what Adam was convinced was a hidden immunity idol. The patient, almost blank look on Jeff Probst’s face the whole time just added to the comedy.

It wasn’t an idol, but it was one final moment for Adam to overplay his hand.

My only complaint about this incredible moment—I literally laughed out loud—was that the editing showed the fleur-de-lis on Jeff’s podium one too many times. Adam already told us about his suspicions in an interview, because it looked just like an actual hidden immunity idol. We even saw a flashback of him looking at it at Tribal Council, so the repeated attention to it (LOOK OVER HERE DUMMIES) just made it obvious that Adam was going to do something with it.

The Tribal Council that preceded that moment was chaotic and impossible to really follow. “What’s happening?” Sophie asked Sarah and Michele. Good question. The one clear part was Ben and Adam’s continued bickering, which ended with Adam trying to get everyone to tell him who to vote for, and no one talking.

“Anybody?” he asked, and there was silence—more correctly, there was the hum of insects and the sound of fire crackling. The sound design tonight alone was A+ work.

What preceded that chaotic Tribal Council was even more chaotic, and essentially impossible to summarize coherently. “I aged a few years today,” Denise said at the end of it.

It may or may not have started with Nick’s desire to move from the outside in (“I’m going to take this game over”) or Tyson’s out-of-character desire to become Chaos Kass (“I have never loved confusion in the game of Survivor,” he said, but then suggested that “if you create enough confusion,” people will forget you.)

Even Tyson’s name came up, though, and he’s been essentially MIA for the past two episodes. So did Nick’s, and Sarah’s, and Adam’s, and possibly Tina’s and Colby’s too.

Kim earned individual immunity, having beating Ben in the final stage of a challenge that we’ve seen many times before, where contestants have to balance on tiny rafts with pyramids, and almost everyone falls off immediately during the last stage.

“These people are all bumbling, fumbling idiots,” Michele said at the beginning of the episode, hurt from being left out of last week’s blindside of Wendell.

Although there seemed to be a lot of bumbling and fumbling around—the editors eventually just shifted into montage mode, showing us moments when names came up, but little else—they all seemed pretty locked in to voting for Adam at the end, keeping basically with the same alliance that voted Wendell out last week. It was an 8-2-1 vote.

I appreciate that Adam realized he’d screwed up, but also that he was so full of passion. That didn’t help him, but it’s so much more fun to watch someone who’s at least revved up by what’s happening, and Adam gave us plenty of that.

A reward challenge! And a new advantage!

At the Edge of Extinction, there was a beautiful establishing drone shot that swept around the tip of a beach where three Survivors were doing yoga, their long shadows stretching out across the sand.

They received another clue to a thing, and Parvati found it, in the same place Aubry found a thing during season 38. Parvati immediately told everyone else that she’d found the thing, telling us, “My heart just can’t not want them in on this secret.”

And that is why a person from the Edge of Extinction is very likely to win the entire show: With no challenges (well, except for their occasional scavenger hunts) and no strategizing or Tribal Councils, these voted-out players just have time to sit around and bond.

Anyway, Parvati’s thing was a 50/50 advantage: basically a giant coin that, when flipped, may give someone immunity at that Tribal Council. Or it may be about as worth as the decorative piece on Probst’s podium.

Parvati charged Michelle four tokens for the 50/50 advantage—four fire tokens! A full-powered actual always-works idol is just three fire tokens! Can you imagine how many fire tokens some toilet paper would cost?

And the reward challenge ended with Sarah giving up her spot to Nick, whose birthday was the day before. While I really appreciated her thought about spreading kindness, even inside a cutthroat game, it was clear that both Nick and many others just viewed this as strategy, and it could actually hurt her game.

Anyway, Michele’s cookie gave her the confirmation she needed that she should empty her fire token “purse” and get world peace or something. She took that as a signal from the universe that she should buy the 50/50 advantage.

Will she regret it? If there’s nothing for the in-game cast members to use their fire tokens on, probably not. But if they can suddenly buy idols for three tokens, or if idols go on sale toward the end of the game and now they’re 1 token and everyone else gets one, and all she has is a coin, that’d suck. But at least 50/50 is better than the 0/0 odds of getting immunity from the scenery. 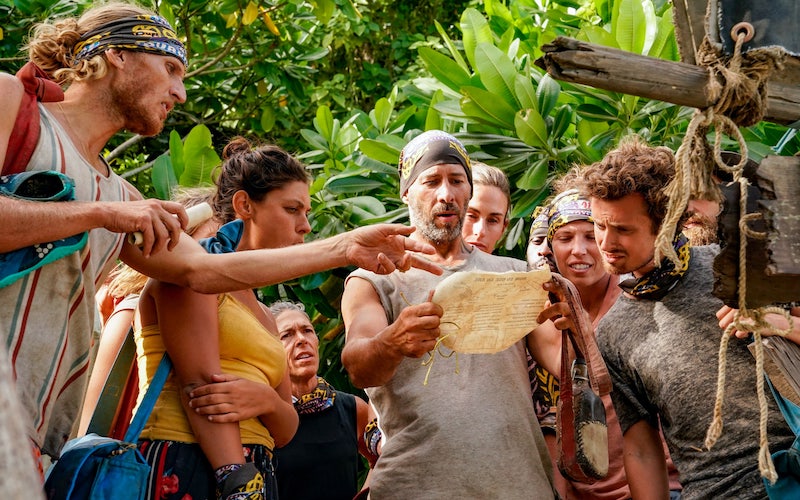 Previous
Why were Survivor winners warned to stop talking about Survivor? 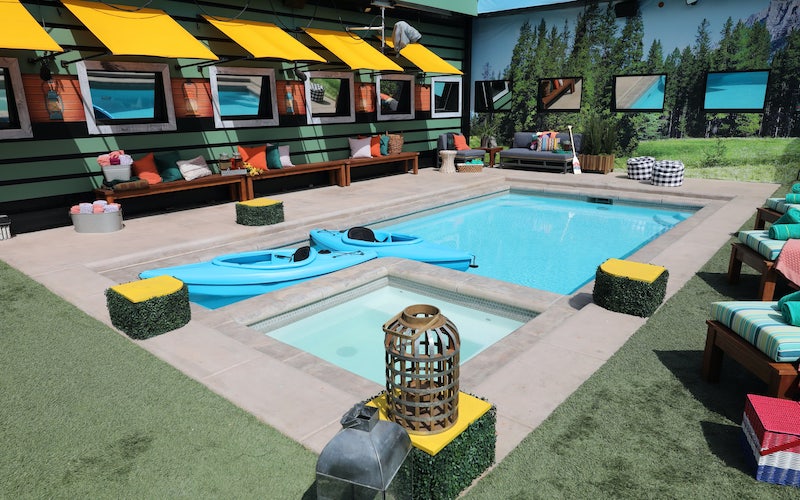 Next
Has Big Brother 22 been cancelled? And Love Island?
Click here to cancel reply.