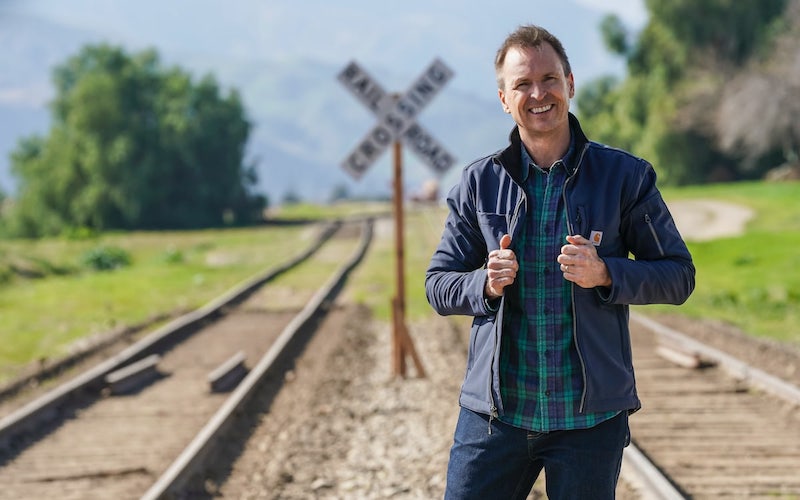 We’ll be waiting even longer to see the season of The Amazing Race filmed in 2018, as CBS has changed its schedule and pushed TAR 32 until later this year.

Host Phil Keoghan will be on CBS this summer, however, with his new reality competition, and so will a new competition show featuring Venus Williams, Rob Gronkowski, and others.

About two weeks ago, CBS announced that Amazing Race 32 would take over for Survivor on Wednesday nights starting the week after the Survivor: Winners at War finale. That’s no longer the case.

Today, CBS said only that “the season premiere of The Amazing Race, originally announced for May 20, will be scheduled later in 2020.”

While this is certainly disappointing—especially to fans who were ready for a new season and/or are worried about the show’s future, never to those who were actually on the show, since they won’t get paid until it airs—I think it’s a smart move.

And the Race is a solid performer, so CBS can rely on it whenever the network needs it, whether that’s subbing for a missing fall Survivor—that seems like the likeliest outcome right now—or something else. That’s basically been the scheduling strategy for TAR over the past few years.

The shows that will replace TAR this summer

This summer, CBS will fill Survivor‘s Wednesday at 8 timeslot—which would have had a Love Island season two episode—with the new “comedic game show” Game On!

Meanwhile, Amazing Race host Phil Keoghan will be on CBS this summer, just as host of his new competition series Tough as Nails. That show premieres July 8, and airs Wednesdays at 9.

“Competitors who consider the calluses on their hands a badge of honor will be tested for their strength, endurance, life skills and, most importantly, mental toughness in challenges that take place at real-world job sites.”

In a press release, CBS scheduling executive Noriko Kelley said, “These are two timely and entertaining series for summer,” calling Game On! “funny, unpredictable and feel-good television” and saying Tough as Nails “celebrates the hard-working heroes of America in a uniquely emotional and gritty real-world competition.”

I’m not sure what newness is what people want right now; then again, I don’t even know what day it is, so who am I to say. Perhaps people also don’t want to watch teams of two running around the world in crowded spaces.

But CBS hasn’t had any real success with new reality TV competitions recently other than Love Island, so why not give two new shows a chance this summer and if they fail, eh, there’s always Amazing Race to fill a future void.