HGTV marathons all week! RHONY and The Challenge return! Shark Week and Puppy Bowl marathons too!

I hope this Monday morning finds you well and truly rested. In case we didn’t have enough to watch already, we’re getting a lot of new unscripted content this week—more than 15 reality shows and a dozen documentaries premiere this week—and some old, in the form of marathons.

HGTV is airing several marathons (times are ET/PT) this week, all of which start at 6 a.m., and the network invites viewers to “spend their days … with favorite HGTV stars including Ben and Erin Napier, Drew and Jonathan Scott, Hilary Farr and David Visentin, Mina Starsiak Hawk and Karen E. Laine, and David Bromstad.”

Here are HGTV’s marathons, with some shows airing new episodes in prime-time:

Finally, The Biggest Loser ends its new season (Tuesday, March 31, at 9), and will marathon the entire season all day Tuesday, starting at 10:30 a.m. ET.

As the show ends its rebooted new season, it’s worth remembering that The Biggest Loser is still hurting people with its methods and messages.

RHONY, Nailed It, The Challenge, and other premieres

This new show sounds like a blast: Dishing with Julia Child (PBS, Fridays at 10 and 10:30) is a show on which great chefs watch and comment on Julia Child’s show.

Just in time: The Real Housewives of New York City (Bravo, Thursdays at 9) return with a new season, which has the old cast except for Bethenny and with new cast member Leah McSweeney.

MTV’s recycling bin for reality stars from its shows and now CBS and other networks returns this week. The Challenge: Total Madness (MTV, Wednesdays at 8) promises a return to a solo game but also “a shocking twist” and “mental warfare.”

Also returning for new seasons are:

Driven (Discovery, Mondays at 9) is a new show on which three guys restore and rebuild “historic and one-of-a-kind cars,” according to the network.

The wonderful series One Strange Rock and NatGeo’s intentionally brutal and gruesome Hostile Planet are among the shows joining Disney+ on Wednesday.

How to Fix a Drug Scandal (Netflix, Wednesday) is a four-part series about a forensic chemist who was supposed to be testing narcotics but instead used them and then faked the results of actual tests.

Outcry (Showtime, Fridays at 9) is a five-part doc series about “high school football star Greg Kelley, his controversial conviction and the quest for truth and justice,” Showtime says.

A new HBO series examines Atlanta’s Missing and Murdered: The Lost Children (HBO, Sundays at 8), which explores the murder of 30+ black kids and young adults in the 1970s and ’80s.

The world’s tiniest hummingbird and “giant, bat eating boas” are among the stars of Nature: Cuba’s Wild Revolution (PBS, Wednesday, April 1, at 8).

Kim Kardashian West: The Justice Project (Oxygen, Sunday, April 5, at 7) follows “Kim’s efforts to secure freedom for Americans who she believes have been wronged by the justice system,” Oxygen says.

The West Memphis Three: An ID Murder Mystery (ID, Sunday, April 5, at 9) is ID’s contribution to the documentaries about the 1993 case.

The Scheme (HBO, Tuesday, March 31, at 9) is a documentary about Christian Dawkins, who was “convicted in federal court in the biggest criminal case in collegiate sports history,” HBO says.

Valiant (Amazon Prime, Wednesday) is a documentary about the Vegas Golden Knights, which a press release points out “had the most successful inaugural season ever for an expansion team in the history of U.S. sports in 2017-2018,” a season that began right after the mass shooting that took place on the Las Vegas strip.

One Child Nation (PBS, Monday, March 30, at 10) focuses on “China’s one-child policy, the extreme population control measure that made it illegal for couples to have more than one child” which PBS points out “may have ended in 2015, but the process of dealing with the trauma of its brutal enforcement is only just beginning.”

Frontline “investigates whether the plastic industry used the promise of recycling to sell more plastic” in Plastic Wars (Tuesday, March 31, at 10, then streaming).

In Jeffrey Epstein: His Victims Tell All (Reelz, Saturday, April 4, at 8), Michelle Licata and Alicia Arden “describe the intimate and disturbing details of encounters with Epstein,” the network says. 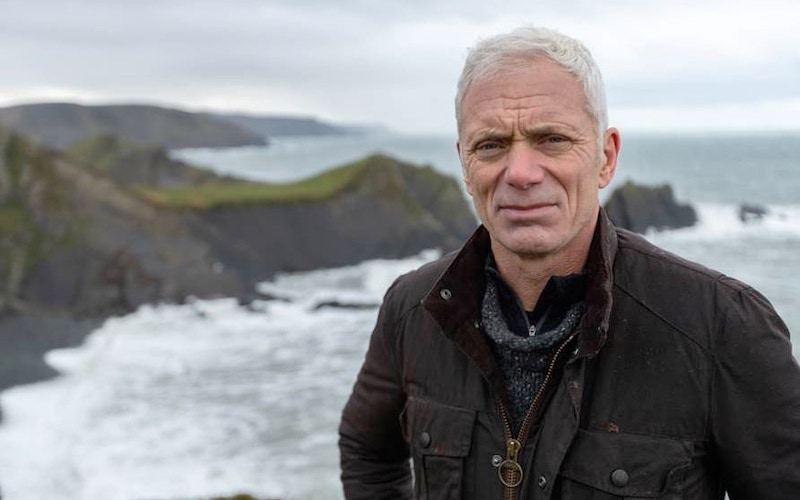 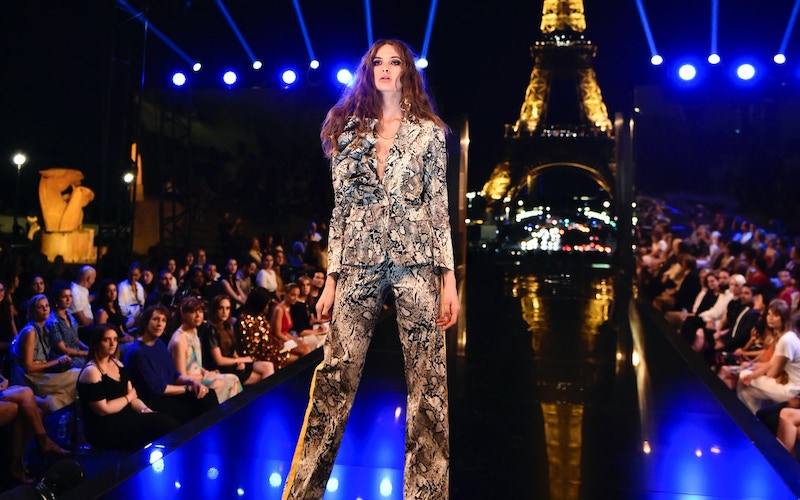 Next
Making the Cut's first winners—and the first designers cut—tell all
Click here to cancel reply.