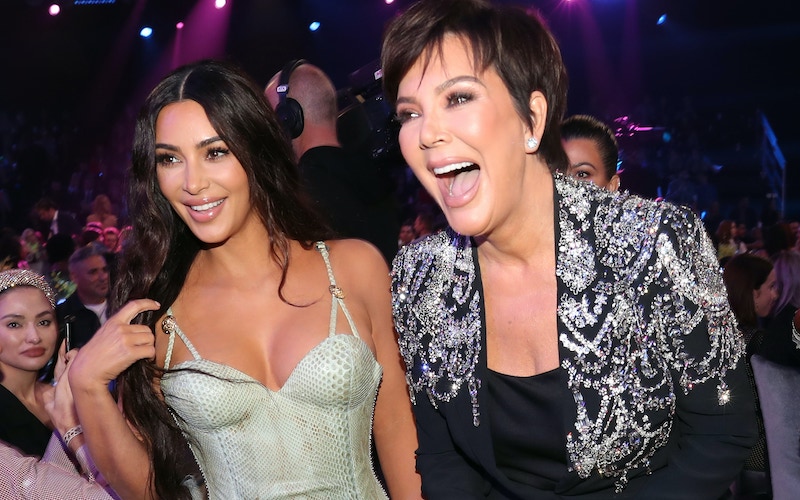 Reality television has more distraction lined up for us this week, such as The Kardashians returning with their 18th season and several food-themed shows, including the return of Vivian Howard and a new Angela Kinsey-hosted, Disney-themed cooking competition. Read on for all the premieres coming to broadcast, cable, and streaming this week, and stay well while staying physically away from other people this week.

The big premiere of the week comes on Friday: Tim Gunn and Heidi Klum are back with their new fashion competition Making the Cut (Amazon, Fridays), which goes from Paris to Tokyo to New York. Heidi and Tim explained how the show is different from Project Runway, and why they left to create this show. I’ll have a review later this week, and I’m glad to have them back on TV, even though I also really love the new Project Runway.

In food reality TV, Angela Kinsey from The Office and the excellent Office Ladies podcast, hosts the new show Be Our Chef (Disney+, Fridays). In each episode, two of five families face off; at the end of the series, whichever family has the most wins will get to create a dish to be served at a Disney theme park.

Leading the documentary premieres is East Lake Meadows: A Public Housing Story (PBS, Tuesday, March 24, at 8), which tells the story of people who lived in “the public housing project opened by the Atlanta Housing Authority in 1970 and demolished a generation later,” according to PBS. It’s directed by Sarah Burns and David McMahon.

Crip Camp: A Disability Revolution (Netflix, Wednesday) focuses on a camp in the Catskills in the 1970s where, Netflix says, “teenagers with disabilities [who] faced a future shaped by isolation, discrimination and institutionalization” had a “freewheeling Utopia, a place with summertime sports, smoking and makeout sessions awaiting everyone, and campers felt fulfilled as human beings.”

The documentary Pushout: The Criminalization of Black Girls in Schools is now streaming free on PBS.org and PBS’s apps. And if you now have kids at home who you’re teaching and/or attempting to occupy, there’s a discussion guide if you want to turn it into a family activity.

The Rescue List (PBS, Monday, March 23, at 10) is about “social workers [who] help two children recover from a childhood enslaved to fishermen,” according to PBS.

NRA Under Fire (PBS, Tuesday, March 24, at 10) is about “the organization’s history and evolution, how it aligned with President Donald Trump and his base, and why it is under attack ahead of the 2020 election,” according to Frontline.

The Forgotten West Memphis Three (Oxygen, Saturday and Sunday, March 28 and 29, is a two-night special examining the murder of three eight-year-olds, for which three teenagers were arrested and convicted, accused of performing a satanic ritual. The case was previously the subject of three Joe Berlinger documentaries, all of which were titled, Paradise Lost.

Beer Jesus From America, about an American who opens a craft brewery in Germany, is now streaming on Amazon Prime.