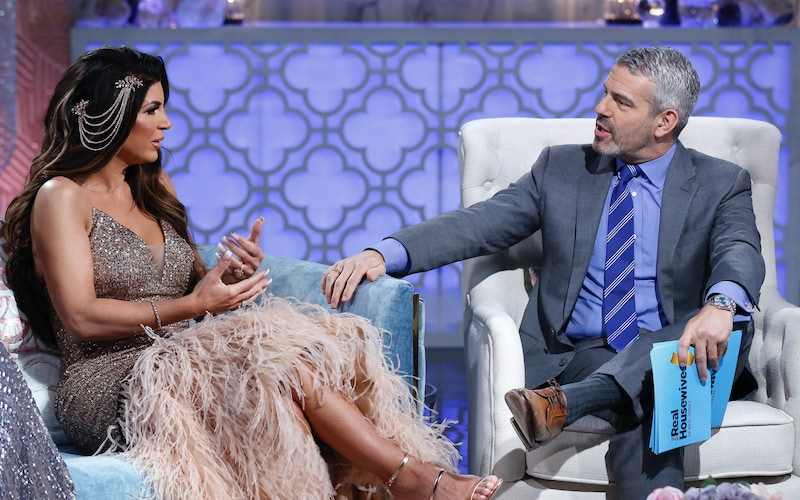 Good morning! Spring is not quite officially here, but I just published my spring 2020 reality show guide, which lists all premieres from March onward, and will be frequently updated, as always.

With more than 130 reality shows that have already premiered in 2020, you’d think we’d get a break, but no: More than 20 shows are premiering this week, and a lot of other great shows are returning this month, including Top Chef.

Two reunions this week: Love is Blind will reunite its cast for a YouTube special on Thursday, while The Real Housewives of New Jersey starts its three-week reunion (Bravo, Wednesdays at 8). Bravo promises that “Danielle Staub comes out of retirement to face her frenemies.”

Big Brother Canada returns for its eighth season (Global, Wednesdays at 7 and Thursdays and Sundays at 8). While it’s not available in the US, its live feeds are free for those who can access them.

As always, friend-of-the-site Hamsterwatch is following and tracking the hamsters’ every move, so that’s one way to stay updated. She previously wrote for reality blurred about the differences between Big Brother Canada and USA, if you need a primer.

RuPaul’s Drag Race just started a new season (VH1, Fridays at 8), and will continue its premiere by introducing a new set of queens on Friday. First, though, a few queens from past seasons will be back with their own stand-up comedy specials.

Three specials will air back to back (Logo, Wednesday, March 4, at 9), and are:

On it, the daredevil member of the Great Wallendas will walk a high wire above a volcano in what ABC says is “Nik’s longest and highest highwire walk ever attempted.”

Wallenda will traversing the Masaya Volcano in Nicaragua, which has a lava pool and spews sulfur dioxide gas, so Wallenda will wear goggles, a gas mask, and oxygen tanks he attempts to balance on a one-inch wire, he told WTSP.

Food Network has two brand-new competitions starting this week: Tournament of Champions (Food Network, Wednesdays at 10), a bracketed competition between 16 chefs hosted by Guy Fieri, and Vegas Chef Prizefight (Food Network, Thursdays at 10), which has “elite chefs” competing for a chance to become head chef at a Las Vegas restaurant, which just makes me think of Hell’s Kitchen.

Hillary Clinton tells her story in a way that you haven’t quite heard it before on the new documentary series Hillary (Hulu, Friday).

In other documentary series:

Secrets of the Zoo: Down Under (NatGeo WILD, Sundays at 10) goes behind the scenes at the Taronga Zoo in Sydney, Australia, and will include also “focus the horrific wildfires that have killed more than a billion of the continent’s animals,” according to the network.

Critter Fixers: Country Vets (NatGeo WILD, Saturdays at 10) follows veterinarians who run a hospital in the middle of Georgia.

Tarek El Moussa returns with a new show on which he promises to share his knowledge about house flipping. It’s called Flipping 101 w/ Tarek El Moussa (HGTV, Thursdays at 9).

Bravo’s latest Real Housewives-style show, Family Karma (Bravo, Sundays at 9), has an all Indian-American cast, a first for the network.

Rob Riggle: Global Investigator (Discovery, Sundays at 10) follows the actor and comedian as he explores “some of the world’s greatest legends and mysteries.”

Meanwhile, on My Murder Story (ID, Thursdays at 10) family members and law enforcement tell stories of what happened after a murder.

On Location (Destination America, Saturdays at 6) follows host Sterling Fiock and his dog, Dogmatix, as they try outdoor activities and offer tips for your own adventures.

A therapist helps celebrity couples on the new series Love Goals (OWN, Saturdays at 9).

Those are the premieres—too much to watch in one week, honestly, especially considering everything that already premiered! But I’m grateful for bountiful options.