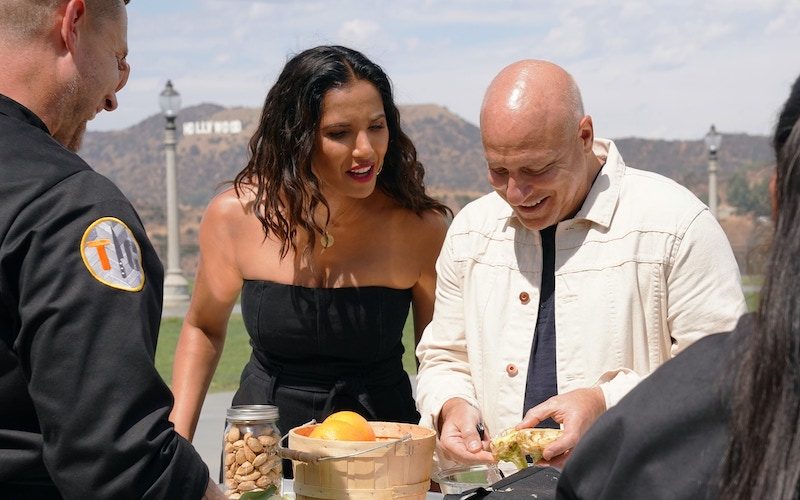 Good morning! This is your Monday morning briefing about what’s new and premiering this week in reality TV, even as reality itself presents new challenges for many of us. I hope you’re well, and doing what you can to keep yourself and others well, too.

If you just need an escape from the news or social media for a minute, I’ve put together a list of 9 quiet, relaxing, distracting reality shows to watch or stream—now including Ken Burns’ Baseball, which PBS brought back this weekend, because actual baseball is cancelled for now, like so many other things.

The big premiere of the week is the return of Top Chef, which returns after a year away with its second all-star season. The last all-star season aired almost 10 years ago, and had what I thought then was the best all-star cast ever assembled.

Top Chef: All Stars LA (Bravo, Thursdays at 10) will have “15 finalists, front runners and fan favorites,” a description that makes me realize how spoiled I’ve been with an all-winner season of Survivor.

Here’s the full cast list. I’ll have a review/recap on Thursday.

In other cooking competitions, Alex Guarnaschelli returns with a new season of Supermarket Stakeout (Food Network, Tuesdays at 10), on which contestants badger people leaving grocery stores to buy their bags of groceries so they can use whatever’s inside to cook for the judges.

A new home-buying show comes to HGTV, which premieres with two back-to-back half-hour episodes and follows a family’s 72-hour search for a home in a new city. It’s called House in a Hurry (HGTV, Sundays at 9).

Pro sports have been cancelled or postponed, but you can watch young athletes compete on the new series All-Round Champion (BYUtv, Thursdays at 8). The twist: they don’t compete in the sport they excel in, but rather, in each other’s sports.

In related news, the new show Sex & Murder (HLN, Mondays at 9) will explore stories of murder that also involve—can you guess?—sex.

Bravo’s Spy Games may be over, but there are spy stories, told by former Homeland star Damian Lewis, on Spy Wars with Damian Lewis (Smithsonian Channel, Sundays at 8).

The author of The Handmaid’s Tale was followed by cameras as she traveled around the world, including to the set of the Hulu adaptation, for a new Hulu documentary about her life and work. It’s called Margaret Atwood: A Word After a Word After a Word is Power (Hulu, March 20).

Watching people deny that the coronavirus is a problem—or even real—may seem shocking, but it points to the problem we have with misinformation. After Truth: Disinformation and the Cost of Fake News (HBO, Thursday, March 19, at 9) explores that and “focuses on several high-profile made-up news stories in recent years with real world consequences,” according to HBO.

In related news, this bestselling book is coming to TV as a three-part special airing all in one night this week: Niall Ferguson’s Networld (PBS, Tuesday, March 17, and then free on PBS apps) will be exploring “the centuries-old origin story of social networking” and “how understanding the past can provide insight into what’s happening today,” PBS says.

Netflix is premiering two new documentaries on Friday: A Life of Speed: The Juan Manuel Fangio Story, a doc which tells the story of the Formula One driver who won five world championships, and Tiger King, a documentary series about “a controversial animal park boss” who Netflix says “is caught in a murder-for-hire plot.”

That’s what’s coming, at least in terms of TV. The rest, we’ll get through together.